Just before you go to bed, here are the major political and crime stories you missed today. Fulani herdsmen murder first class monarch, driver in Plateau

Until his assassination, Agai was the traditional ruler of Bokkos, the home town of a former governor of the state, Chief Joshua Dariye.

The traditional ruler was killed while returning from his farm in Sha, along with his driver.

Details of the incident remained sketchy as of the time of filing this report.

Confirming the incident to Punch, the member representing Bokkos Constituency in the State House of Assembly, Mr. Sunday Muchen said the monarch was killed on Monday by unknown gunmen.

The Police Public Relations Officer of Plateau State, Assistant Superintendent of Police, Tyopev Terna, who also confirmed the incident, said that no one had been arrested in connection with the crime.

Senator Tinubu (APC-Lagos), in a letter dated Monday July 18 explained to the IGP that she made the request following threat by Senator Dino Melaye (APC-Kogi).
Part of the letter reads “During the proceedings on July 14, 2016, I had cause to contribute to a matter of national importance. Apparently dissatisfied with my contributions, Senator Dino Melaye threw caution to the winds, resorted to vulgar abuse of my person and wanted to assault me.
“It was the timely intervention of a number of my colleagues which prevented Senator Melaye from unleashing physical attack on me”.
Remi Tinubu lamented that the Senate leadership refused to call Melaye to order.
She added that “In view of Senator Melaye’s antecedent, particularly in the House of Representatives, where a brawl led by him had led to the untimely death of a lawmaker, I have decided not to ignore his threat to my life.”

………………….Dino Melaye alleges Remi Tinubu has released N75m to sponsor a protest against him in Abuja 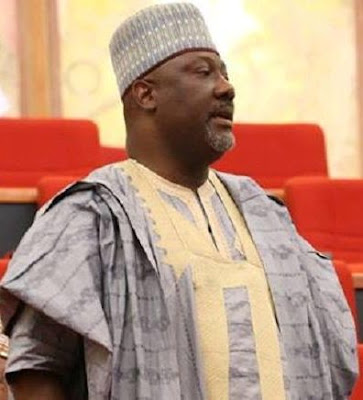 TV stations to use sign language interpreters during news presentation

Scam Alert: EFCC on the trail of suspected ATM fraudster Akinade Tofunmi The Economic and Financial Crimes Commission on Monday released a statement addressing the rise of identity theft in Nigeria. Photos of a suspected female fraudster on the run was also shared. Read below.   The much talked about ATM fraudsters are not resting on the oars. They are all over the place laying siege to any susceptible victim. These criminals go about fleecing unwary members of the public with their ingenious, ever-changing modes of operations. The latest being the infamous identity theft.

Before now, cloning and PIN harvesting through electronic chips cleverly concealed in the Automated Teller Machine (ATM), was the universal mode. Over time, the tricks and decoys to entrap their victims keep changing and have assumed a disturbing dimension.   The Ibadan Zonal Office of the Economic and Financial Crimes Commission (EFCC) is on the trail of a suspected ATM fraudster, who goes by the name Akinade Tofunmi. Her trade in stock is identity theft. Her duty post is any ATM Point and Point of Sales (POS) machines across the country.  However, she does not ‘work’ during the official hours of the week rather; she operates late in the night when all bank transactions had closed and preferably over the weekend when her ‘prospective’ victims might not be able to alert the banks for any unauthorised transaction. In her last operation, within twenty four hours; this fraudster who operates with the identity of her victims succeeded to have raked in about three million (N3m) within 24 hours.   Dateline was Friday, June 3rd, 2016, at about the close of work. A woman simply identified as Alhaja and her husband who was waiting in the car wanted to use an ATM somewhere in Ibadan, Oyo State, when Tofunmi noticed that the woman limps. Pretending to be polite and cultured, she offered to assist her with the transaction on the ATM. Unaware of the intention behind the pious approach, she gave the fraudster her ATM card and divulged her PIN. Smartly, the fraudster quickly checked the balance in the account which had one million, seven hundred and forty nine thousand, twenty six naira and seven kobo (N1, 749, 026. 07). After the intended withdrawal of N20, 000:00, the fraudster swapped the card and gave Alhaja a fake ATM card. Oblivious of the swap, she left with her husband.   Shortly before midnight, the fraudster started the ‘harvest’ of her booty. She withdrew one hundred and thirty thousand naira. Having exceeded the daily withdrawing limit for that day, she waited for a few minutes to the following day which was a Saturday. Shortly after midnight, she made another rounds of withdrawals to the tune of one hundred and fifty thousand naira which was also the daily limit for that day. However, Alhaja and her husband had no one to run or call that night to save the situation when the debit alerts start coming in torrent.   In a desperate need of where and how to empty the balance in the account, she went to a night club where she met a motorcycle transporter, popularly known as Okada whom she approached for a help. Her decoy was that she had enough money in her account but could not access it having exceeded her daily withdrawal limit. She showed the bike man her balance and pleaded with him to give her his ATM card, account details and PIN for a quick teller transfer from her (Alhaja’s) account to the bike man’s account. With that, she has been able to secure some of Alhaja’s money in the bike man’s account thereby stealing the identity of the unsuspecting bike man.   At the early hours of that Saturday morning, she asked the bike man to take her to a hotel with an intention to further steal the identity of the hotelier for another movement of the money. At the hotel reception while paying for her accommodation which was N10, 000 (Ten thousand naira) for one night, she deliberated credited the hotel’s account with one hundred and one thousand naira (N101, 000) feigning a mistake and demanded a refund of ninety-one thousand naira (N91, 000) balance of an overpayment. This was also done with Alhaja’s ATM card through the POS machine at the Hotel. To further conceal her identity, she provided fake personal details in the hotel and gave the hotel the bike man’s account detail when the hotel management requested for an account to deposit the refund.   All these happened on Saturday; hence, Alhaja and her husband are still in dilemma with no help in sight to stop the transactions in the account. By Sunday, Alhaja’s money had moved to the fraudster both in cash and through transfer to the bike man account domicile in the same bank. All these while, the fraudster was in possession of both Alhaja the first victim and the bike man, the second victim’s ATM cards. Later the following day, Monday, the bike man could no longer reach the fraudster on phone; he (the bike man) then went to the bank to request for another ATM card. It was later discovered in the bank that part of Alhaja’s money was transferred to the bike man’s account. He was arrested by the bank and He’s now helping the EFCC operatives to track down the fraudster. Investigations have revealed that this same fraudster had stolen the identities of other victims earlier and had absconded to, Ilorin, Kwara State.   Instances of Tofunmi’s nefarious activities have also been spotted in other parts of the country particularly Port Harcourt City. The Commission is hereby seeking the cooperation and support of public spirited members of the society to please help unveil the identity of this fraudster. Her face, though with different disguises, is on display for anyone who knows her to please contact any of our offices across the six geopolitical zones and Abuja. She must be apprehended, who knows the next victim?   Besides, it is imperative to reiterate the need to be careful with our ATM cards and PERSONAL IDENTIFICATION NUMBER (PIN). On no account should we divulge any information about our account details to anyone. The criminals, ATM fraudsters are on the loose, taking advantage of people’s insensitivity and carelessness. Pictures show Akinade Tofunmi as captured by CCTV Of the bank and Hotel she operated from.     David Mark visits President Buhari

2 Comments
I prayed & cried seeing your mum go through so much pain to push you out | Ubi Franklin pens ode to his Wife Lilian Esoro & their Newborn Son (photo)
Tuesday daily devotional by Pastor E. A. Adeboye (Open Heavens 19 July 2016)– The Habitation of the Lord
To Top