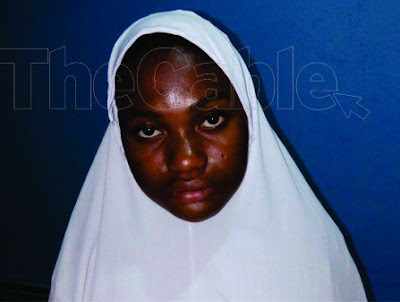 Patience Paul, the schoolgirl allegedly abducted in Sokoto state and
converted to Islam, has been rescued and will be reunited with her
parents on Saturday,TheCable  reports.

Patience’s parents had reported her missing since August 12, 2015, with
unconfirmed reports suggesting she was kidnapped and taken to the palace
of the sultan of Sokoto for forceful conversion.

Aminu Tambuwal, the state governor, ordered investigation into the saga
after it became a media item during the week. Patience, who was 14 at
the time of her abduction, was found on Friday night at the house of one
Malam Ibrahim, who calls himself Sarkin Baki (“king of strangers”).

“The Sokoto State Human Rights Commission, along with the team set up by
the police, questioned suspects and detained three persons in
connection with the issue.”

Some hisbah (Sharia police) personnel had taken Patience to an imam in
Runjin Sambo area of Sokoto with a claim that she wanted to convert to
Islam.

“Weighty decision”
The imam asked of her age and was told she was 14. He sought the opinion
of the Sultanate Council who directed the imam not to proceed because
she was underage and could not make such a “weighty decision” yet.

He was instructed to let her go, but the Imam then informed the hisbah.
Rather than let her return to her family house, they took her to the
Sarkin Baki who claims he provides residence to indigent persons.

The “king of strangers” then kept her in his house since September. 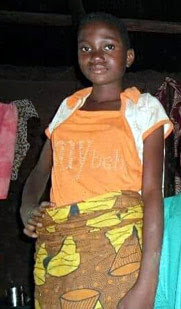 When investigators met with him Friday night, Patience was seen with his
other children and family members. He claimed he adopted the girl
because he didn’t want to let her be with the hisbah. He, however,
allowed her to be attending both Islamic and government junior secondary
school for her education.

22-year-old missing Oluwakemi Soyebo has been found, but cannot talk

A police source told TheCable that when interviewed, Patience claimed
she was afraid of returning home because of possible reprisal from her
siblings. The alarm Paul Isaac Adaji, father of the teenager, had raised
the alarm about her daughter’s disappearance, but it did not gain
traction until the case of Oruru started playing out. Adaji, an Idoma
from Benue state, said his daughter was forcefully abducted by hisbah in
Gidan Kukah, Runjin Sambo area Sokoto, on August 12, 2015.

Tambuwal, in a statement issued by his spokesman, Imam Imam, directed
that the matter be investigated. The inspector general of police then
took up the matter.

Another Igbo girl has been abducted in Zaria by an Hausa boy
Rita Dominic, Ini Edo, Funke Akindele, Mercy Aigbe, Toyin Aimakhu, others stun at the AMVCA 2016 Red Carpet (photos)
To Top