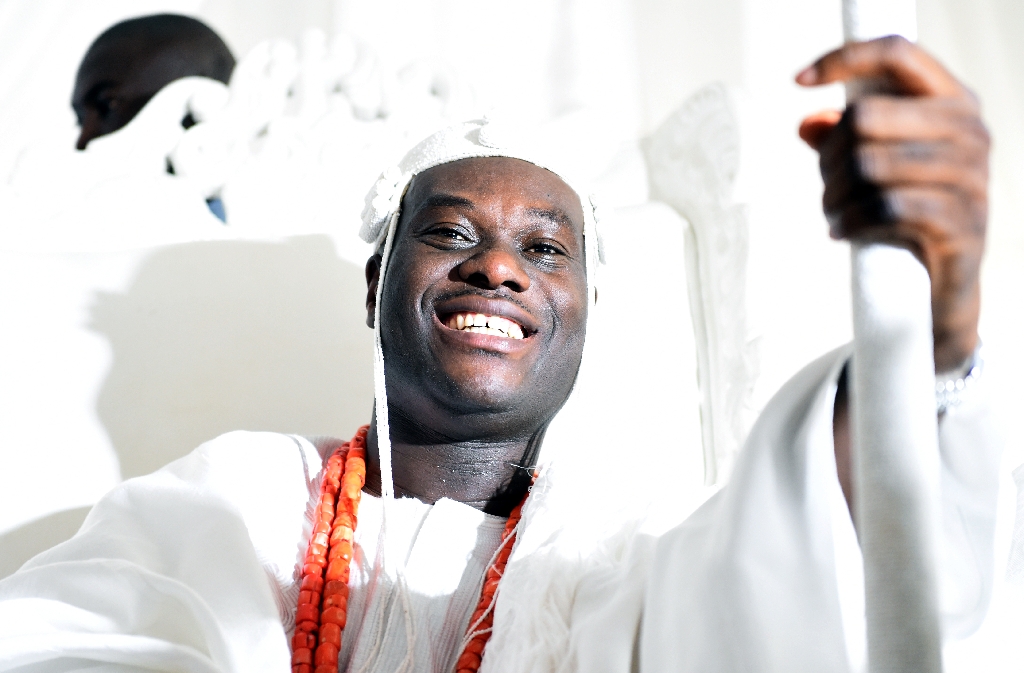 The Ooni of Ile Ife Oba
Enitan Babatunde Adeyeye Ogunwusi has taken a new wife because his
first marriage has crashed due to irreconcilable differences. He is now set to marry one Wuraola Otiti Obanor.

Read the report as published by SDK.

Have you noticed that
Ooni Adeyeye Enitan Ogunwusi, Ojaja II has always been on his own to all
occasions and even on his official coronation on the 7th of December
2015 there was a distance between him and his wife Adebukunola
Ogunwusi?…well thats because Insiders allege his union to his ex wife
was already so strained that both were no longer in talking terms as at
when the Ooni ascended the throne.

Ex wife? Yes, because i
hear the Marriage has fallen apart and cannot be salvaged.My sources
inform me that ”Adebukunola never assumed the role of an Olori and
never moved to the Palace,she left Ile-ife town as soon as the
Coronation was over and has not been back there or seen with the Oba eye
to eye…”

Reliable
information from the palace is that the Ooni is an extremely happy king
now cos he’s about to be joined in Matrimony to Wuraola Otiti Zynab
Obanor and the duo are in love.Wuraola from Oluyare Compound, Iremo
Quarters in Ile- Ife But a native of Benin City.

The
New Olori is from Royal Brass Casters guide family -Ine n’ Igun and Her
forefather Ezhoe from Oluyare compound, Ile Ife was requested for by
the Oba of Benin – King Oguola from the Ooni Of Ife. Ezhoe left his son –
Ighueghae who naturally became the head of the family after his father
left back to Ife from Benin. Hmmmm strong ties between Benin and Ife and
about to be re-ignited with this Marriage.

Their union is already 95 percent completed, just
for a few other formalities to be concluded within a few weeks.

Wuraola is relocating
from the diaspora to take on her role as wife and Olori to a Powerfully
Popular King,Oba Adeyeye Ogunwusi,Ojaja II…

Ibinabo Fiberesima shares her interesting album from Monalisa Chinda’s Wedding
A True Love Story: We had already started planning for the wedding before he proposed – Abike & Tosin
To Top