The premiere of Ghollywood actress Juliet Ibrahim’s
latest movie ‘Shattered Romance’ premiered on Wednesday night in Lagos and the
event was star-studded as several of her colleagues stepped out to
celebrate with her. 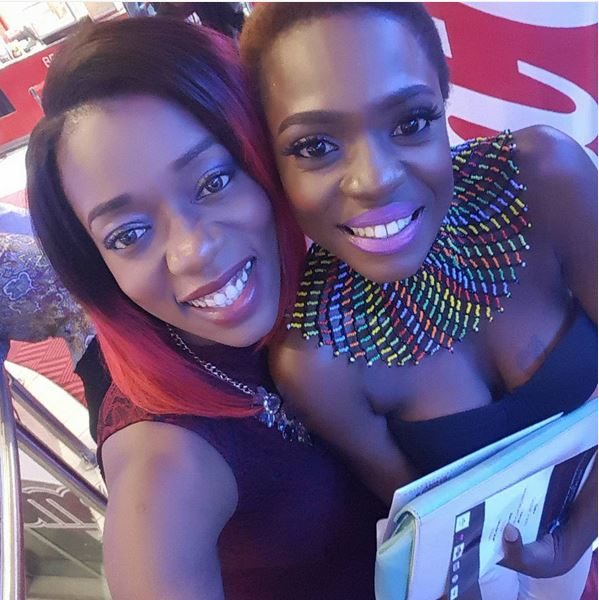 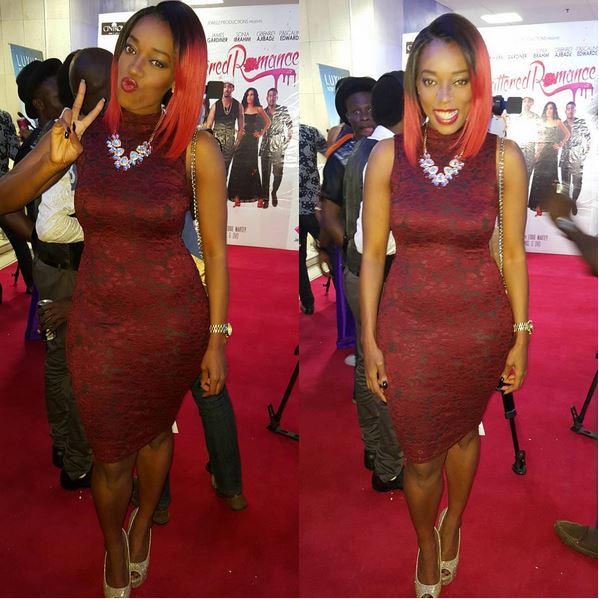 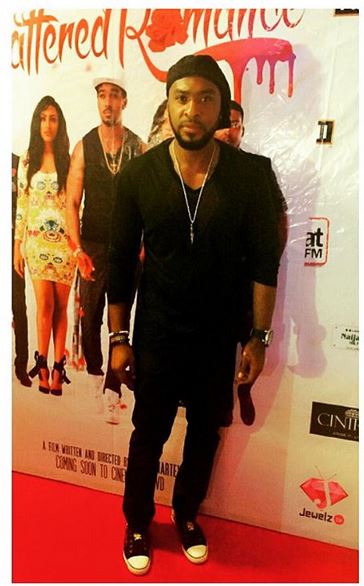 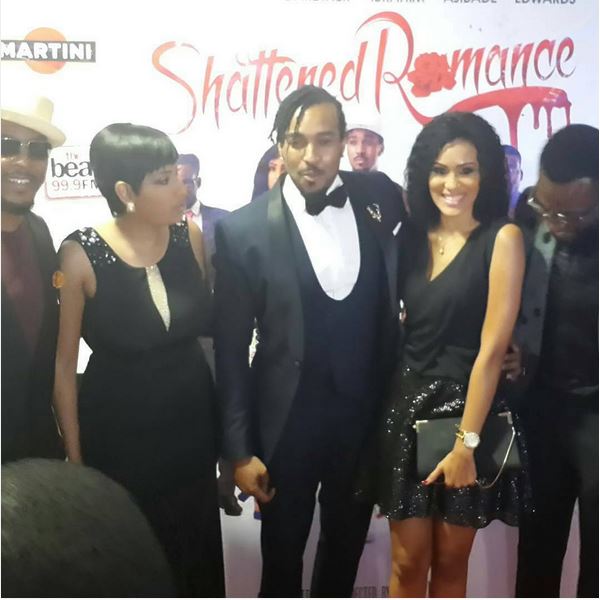 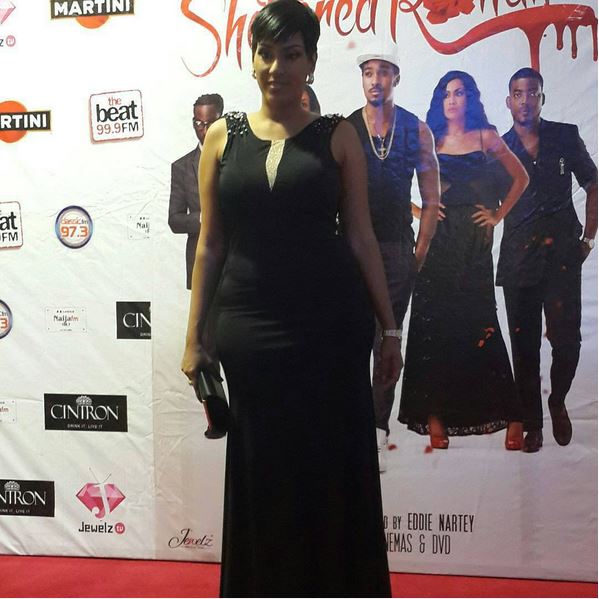 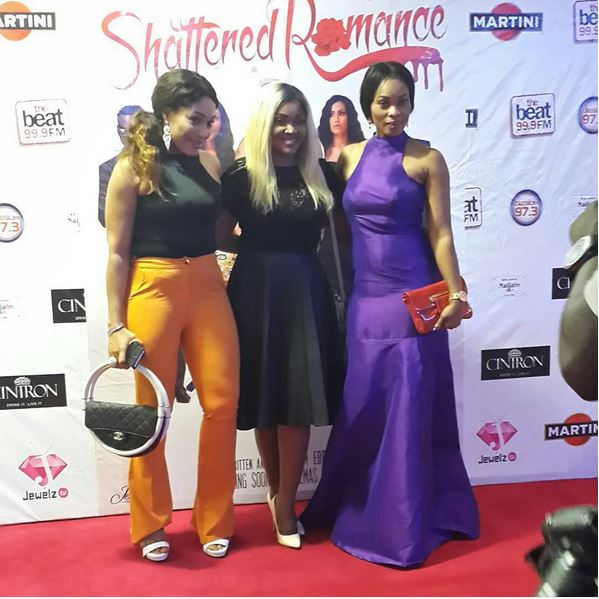 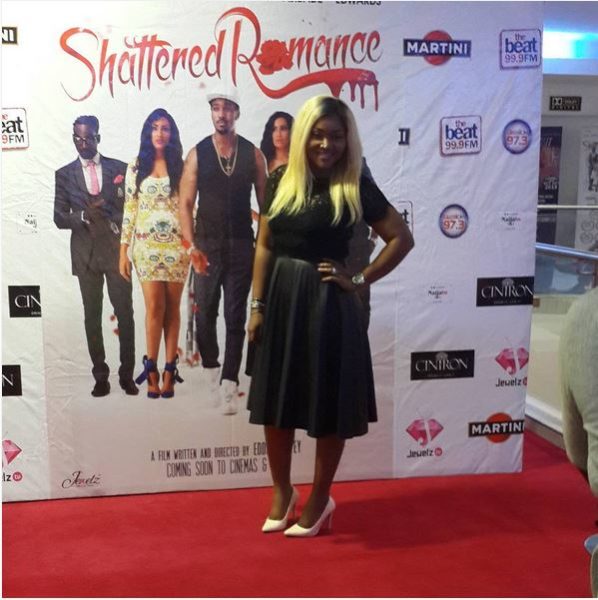 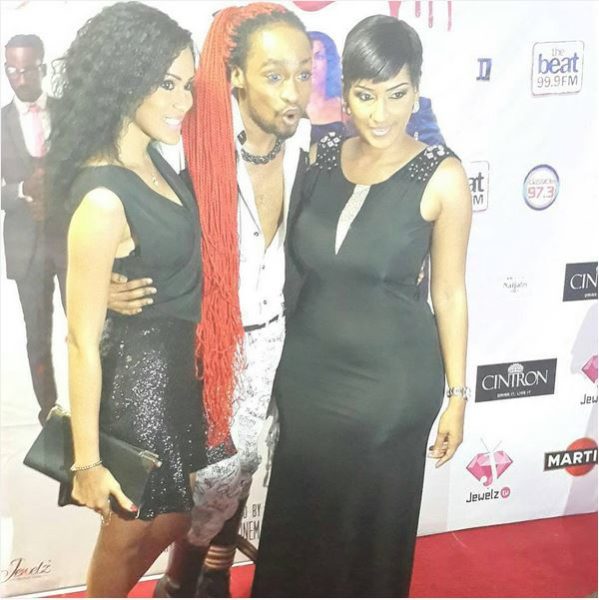 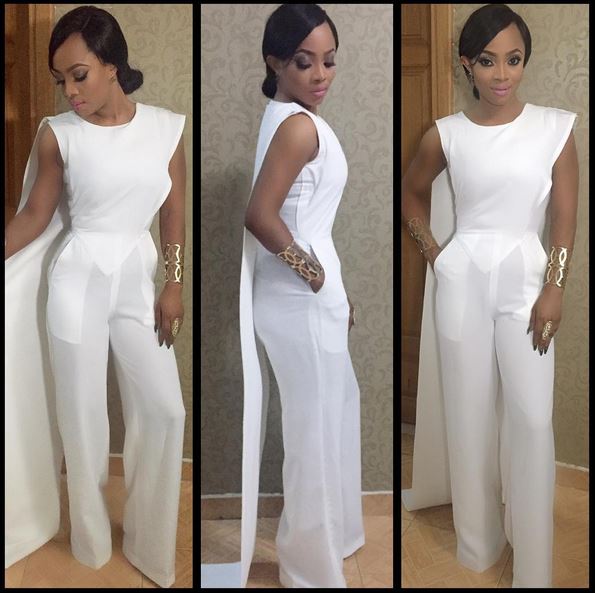 After all the red carpet buzz, we eventually got to watch the movie at 9pm which
was directed by Eddie Nartey and
produced by Ghanaian actress, Juliet Ibrahim.

Although the storyline of the movie was cool and relatable, it’s however not
too
different from the innumerable romantic movies that find their way
onto our
television screens every single day.

However, the
major distinguishing feature is the level of twist and
suspense manifested in the movie…it was super suspense filled.
I had so many scenes that got me sitting at my edge of my seat, yea it was
that goooood!

The success of every movie majorly
depends on the cast featured and how well
they performed. One could have a
great storyline but if the cast aren’t
good enough to perform up to
expectation, the story gets flawed.
The choice of cast was not that bad. I am not very familiar with the Ghanaian movie cast,
i really don’t watch Ghollywood movies but they all acted well.
Juliet Ibrahim the heroine of the movie interpreted her role well and yea
she is so hawt. Everyone in the hall kept oo-ing at her baddass shape and
figure..super endowed.
The somewhat ‘new kid’ in the acting
sphere, Sonia Ibrahim (Juliet’s sister),
did not disappoint her fans as she proved to be on top
of her game.
At first, i felt she wasn’t good enough for the role she was playing but after
a few scenes, she impressed me…and yea she is as hawt as her sister!
I particularly loved the scene when she visited Bryan to tell him she
was pregnant…hilarious scene.
Also, lead roles Bryan and James Gardiner were really good too.
Oh i almost forgot Gbenro Ajibade. I wasn’t really impressed with his
acting or maybe i just ddin’t feel him in the movie. I have never seen
him act (no i don’t watch Tinsel) but i was always looking forward
to seeing his works and now that i have, his acting was just there.
The background music, soundtrack, lightning, picture quality was super cool
and i loved how attention was paid to every detail!
However the ending was annoying.
Yea, it was hard to tell how the movie would end but come on, not that
ending..:(…nobody had to die, they could have ended it in a more
amicable way!
Btw, I loved how the saying ‘Sometimes, Bad things happen to Good
people’ was emphasized in the movie.
You can check out the movie at the nearest cinema close to you!
Elevator Baby: The Wonders Toyin Abraham did with her pregnancy

6 Comments
Caroline Danjuma spits fire over the Cynthia Morgan photoshoot that everyone is talking about
We finally get to see Linda Ikeji’s mansion in Banana Island..close to Dantata’s home! (photos)
To Top