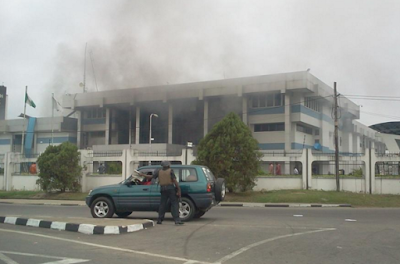 At least eighteen people died this morning while several
others sustained third degree burns  following an explosion at the
Central Bank of Nigeria, CBN,the Bank located at Calabar Road by the
Millennium Park which took place at about 11.45 am.

“I cannot give exact figures of how many people are dead but many people
were burnt beyound recognition while many sustained third degree burns;
rescue operation is going on to ensure everyone is
brought out soon” An Official of the Federal Fire Service at the Calabar
Airport told Vanguard newspaper. 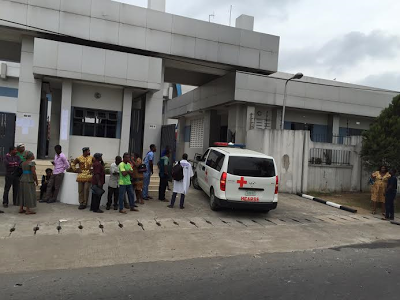 Ambulances from the University of Calabar Teaching Hospital, UCTH and
General Hospital Calabar were brought in to evacuate the dead and those
wounded while rescue efforts were being made to extricate those still
inside.

The Assistant Inspector Genral of Police, A I G Zone six, Mr Baba
Bolanta said so far eighteen persons were casualty “but no death has
been recorded” He said

Much ado about the seven women that sell Agbo which causes Ikoyi secuirty guards to fall asleep
Love or nah! Viral photos of 29 year old Nigerian Man getting married to a 69 year old American lover in Senegal spark controversy…
To Top