The family members of the late Dr
Ameyo Adadevoh have said they are not happy with President Goodluck Jonathan
for failing to commiserate with the family more than two weeks after she died
in the line of duty.

The late Adadevoh, who was the first doctor to be claimed by the virus in
Nigeria, got infected by the index case, the Liberian-American, Patrick Sawyer,
at the First Consultants Hospital, Obalende, Lagos, where she attended to him
and physically prevented him from leaving the hospital, at the risk of her own
life. 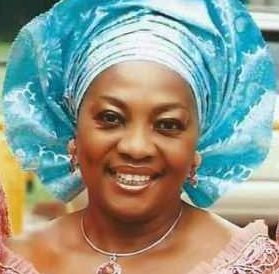 Speaking with LEADERSHIP Weekend, the
late Adadevoh’s uncle, Dr Andrew Omashogowa Mcintosh, who sobbed
intermittently, said he was pained that the family had not received the right response from the president.
“Unfortunately, what is painful in
my heart is because I have not seen the right response from our president, Dr
Goodluck Jonathan. No right response from the federal government. I feel the
pain in my heart when they now merely refer to Ameyo as the female dead doctor,
a mere female dead doctor for that matter.
What is wrong with this country? Instead of Jonathan coming
to commiserate with us – look, if Ameyo had allowed Sawyer to run away, he
would have disseminated Ebola to a lot of Nigerians and the spread would be out
of control of the government. Sawyer would have thrown Nigeria into a pandemic
situation and confusion. Federal Government officials now say she is a female
dead doctor — no appreciation, no value; no, this should not be, not a female
dead doctor,” he lamented.
The deceased’s uncle also berated
the federal government for linking the late doctor’s death with the strike by
doctors:
“This is an occurrence unrelated
with the doctors’ strike. Doctors’ strike is different from Ameyo’s death. They
are not advising Jonathan enough. Doctors’ strike is a political problem; it is
different from what Ameyo paid the supreme price for. This has to do with
safety and security of Nigeria. She saved lives and it has nothing to do with
politics. There is no reason whatsoever why President Jonathan should keep
quiet about Ameyo’s case. He should be able to make a difference between these
two things and come out to honour Ameyo. Ameyo needs to be honoured. A monument
needs to be built to honour her. We should do the right thing for once.”
When Dr Andrew was asked about the
family forgiving Patrick Sawyer after his wife’s apology to Adadevoh’s family,
he replied:
I told you what Ameyo meant to the
family. Her apology on behalf of her late husband can only be accepted when it
comes genuinely from the heart. Personally, I can only accept it when it is not
from the lips of the wife but from the heart. You can tell me you are sorry and
may only be from the lips and it has no value but when it is from the heart it
is a different ball game. There is a different feeling there. It is not a
question of saying I am sorry. Did it come from her heart and spirit? Well, if
comes from her heart and spirit, I accept her apology. Mind you I am speaking
for myself.

Mcintosh described the late Adadevoh as a no-nonsense person who was very
passionate about, and knew her onions in, administering medical treatment to
her patients.  Her remains will be buried September 12th. Her family
had obtained her ashes after her corpse was decontaminated and cremated by the
Lagos State Government.