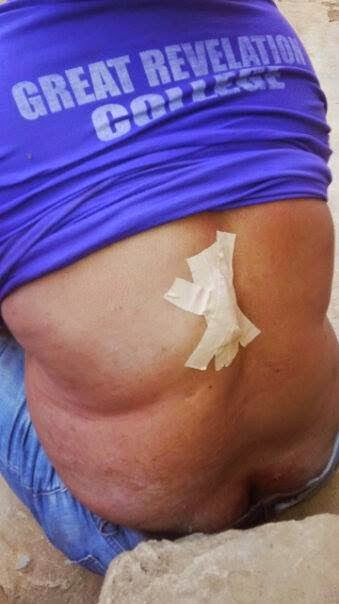 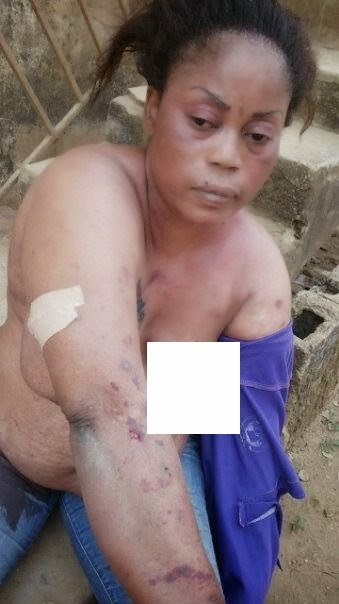 A Lagos traditional ruler, Baale Abeeb Lawal, who heads Ikolalumo
in Meiran/Ajasa command area Lagos state, has brutally assaulted his wife over
a phone conversation on New Year day. Punch Newspaper reports that he gave his wife a
signal to end a phone conversation she was currently on, but she thought he
asked her to lower her voice, so she did.

The baale who thought she purposely disobeyed him pounded on
her severally and hit her with a heavy chair he picked him.
Not satisfied,
he broke a bottle and stabbed her at the back. When the blood flow from her
body won’t stop gushing out, she fainted and was then rushed to a private
hospital by neighbours who had gathered watching the drama.
Sadly in all, the
woman was half naked in the whole fracas with her breasts in glaring eyes.
MKO Abiola’s opponent in 1993 election, Bashir Tofa is dead