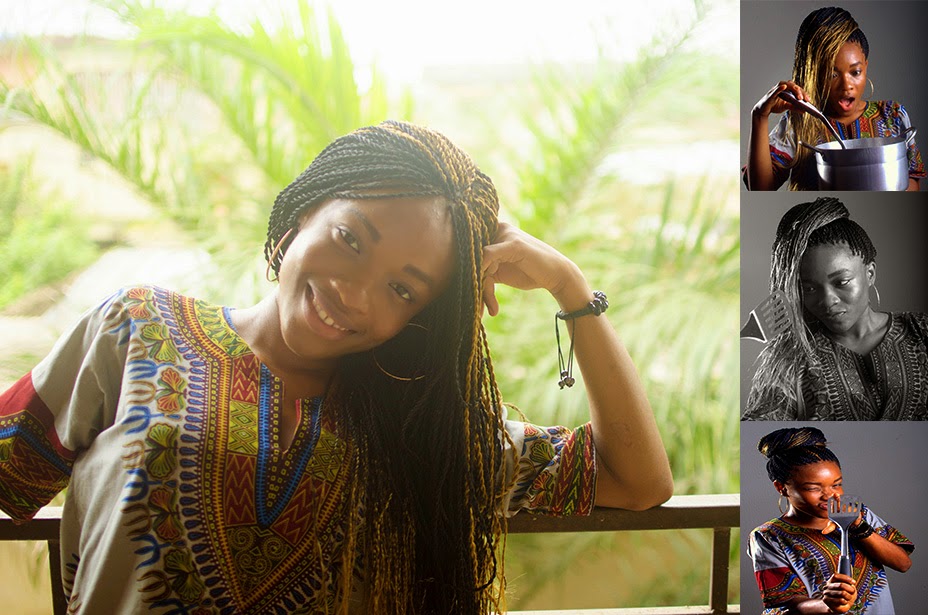 Our Food tutor, Dobby recently shared her NYSC camp experience in the North, Kano (HERE); you should check it out!

This week, we’l be discussing how to make the ‘Hausa Koko and Kose’…enjoy!
On this particular day, the kitchen
meal on camp was Koko and Kose. At first , everyone rushed in line to take the
morning meal after the exhausting drills but after taking a bite from the dry Kose from the kitchen, the rest of the batch was history as most people simply
dumped theirs in the trash can and headed straight to the Mami market for
“professionally” prepared Koko and Kose (Ain’t nobody got time for
badly prepared meal). On Camp, “Buka”/ “mama put” mentality
reigns supreme there’s no doubt about that. When you’re being trained as semi
soldiers, adapting to the environment is key to survival…lol!

Koko (Millet pap) and Kose(akara) is simply the hausa version
of Akara and pap. Compared to Normal Akara, Hausa kose is so soft that it
literally melts in the mouth. Koko on the other hand is simply Pap made from millet (joro specie) unlike the normal pap which is made from corn. It tastes
very much like Kunu (A northern drink made from millet) so if
you love drinking Kunu then you’d definitely love Koko too. Unlike kunu which is served cold, Koko is served hot
with distinct particles of millet chaff within.

Ingredients
for Hausa Koose (Akara):
•2 Cups
Brown Beans
•5 Chili
pepper
•2 Red
bell pepper “Tatashey”
•1 small
Red onion
•Warm
water (For mixing)
•3
Seasoning cubes , Crushed
•Salt to
taste
•Vegetable
oil/ plam oil (For deep frying)
Procedure
Step 1: Soak the beans in water for like 10 mins or less. if you
soak the beans for a longer period the skin would stick to the body of the
beans thereby making it very difficult to wash off.
FRSC doctor denies lady of treatment after she denied him access to her “private part”

Step 2: Peel the skin off the beans by rubbing them between your hands
and rinsing to allow the skins to float to the top. (Another method of washing
beans to make it easier is to put the unwashed beans in a blender, pulse for
sometime to break the beans then sieve off the chaff with clean water).

Step 3: Sieve the skin out leaving the white peas behind making sure you
drain thoroughly.

Step 4: In a food processor or Blender, blend the white part of the
beans with tatashey (Red bell pepper), Chilli pepper(Shombo), onion, into a
smooth paste.

Step 5: Put the mixture in a large bowl and add Salt, Crushed Seasoning,
a little warm water to make it light and gradually stir with a wooden spoon
until you have a smooth paste. Better still, pour the blended beans into a
mortar and with a pestle stir thoroughly. This is one of the secrets to getting
very soft akara balls.

Step 6: Pour the vegetable oil into a frying pan and heat up

Step 7: Spoon the mixture into the sizzling oil to form balls one spoon
at a time and fry until golden brown making sure you flip frequently on each
side.

Ingredients
for Koko (Millet Pap/porridge):::
Click Here To View How to make Normal Pap from scratch
• 2 cups
of Millet
• 1 large
Ginger root
• 2 tbsp.
Cloves “Konofiri”
• Sugar to
taste
•Water
Procedure:::
Step 1: Soak the millet in water for about 24 hrs making sure you
change the water every 12 hours (This allows the grains to ferment)

Step 2: Wash the millet thoroughly and blend with the ginger and cloves
you get a smooth paste
Abuja dedicates road to late Stella Adadevoh

Step 3: Using a pap sieve , filter the beans through
the sieve (add water to make it easier) into a separate bowl.
This separates the husk and other sediments from the liquid. Most times, some
of the husk/chaff is allowed to filter through for koko.

Step 4: Let the slurry (liquid mixture) settle for few hours. This
process separates the water from the sieved millet.


Step 5: Pour out the excess water and leave the millet to sit few more
hours (This improves its appearance).

Step 6: To prepare, Bring water to the boil in a kettle. Add a little of
the settled millet in a bowl with some water to make a thick slurry. Gently
pour in the hot water quickly over the slurry making sure you stir thoroughly
and quickly to avoid clumping. Add some sugar to taste and serve hot with kose
(Akara)

This video of 2-year-old amputee walking for the first time will melt Your heart
Planning Kefee’s burial hurts like hell!
To Top