This article was sent in a while ago from a certain Jim Caddy, enjoy!

Wow.. Can’t believe this is happening.. This is going to be the debut of my personalised diary, Jimcaddy’s Diary..
Been thinking about it for a while, but I had to wait for the perfect time to begin. 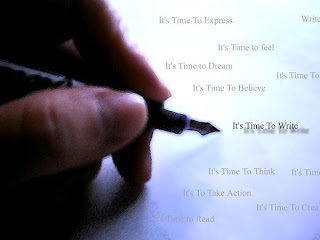 So many people do certain things in life without a purpose. Like my Pastor will say, a life without purpose is worthless.
Just like the movement of a crab, It has no direction, no aim and no ambition.
Few
months ago, precisely on the 3rd of March, 2013, when the first post of
my blog hit the internet, it was all the ‘same old same,’ ‘copy cat’
perception I got from a selected few who probably didn’t know my life
was re-writing a script.

On my Blogger User Profile, there is
this coinage of mine that reads thus: “A GRADUATE OF BUSINESS
ADMINISTRATION WHO JUST RE-DISCOVERED THE ART OF EXPRESSION.”
This coinage isn’t just there for the sake of it, but it is a sequel to events of yester-years.
Some couple of years back, precisely in 2004, back in my Secondary School days.
As
little and immature my brain was then, something really struck me,
couldn’t place what it was then, but I guess it was boredom (at least to
my own understanding), or a gift from God.
I never really understood up until very recently my reason for doing what I did.
WHAT DID I DO?
I
was precisely in SS2 at a particular Secondary School, when it dawned
on me that I was destined for greatness. I never realised until now.

On
a particular weekend, I was going through my school work, enjoying the
convivial nature of a cool weekend in such a wonderful, serene
environment.
Staring into the skies and enjoying the lush greenery surrounding me, it struck me that I needed do something.
After I was done with my school work, I found out that I had an unused exercise book of 80 leaves.
A customized green book carrying the name and logo of my secondary school.
I looked at the book, and spontaneously, I decided on what I was going to use the book for.
Grabbing my pen, as horrible as my writing was then, I started designing that exercise book.
I exuded a sudden dexterity in ‘fine art’, and I started scribbling down a particular design that depicted a FISH.

WHY FISH? SOME WOULD ASK..
My
choice of a FISH stemmed from the nickname I was being called back then
I secondary school. I really had this ‘pinkish looking’ set of lips.
So a particular friend of mine started calling me the name ‘FISH LIPS’ LOL!!!!!!!!!!!!!
Though I naturally took offence in the name, but I thought to myself, it is just a nickname.. Why bother..
The name spread like wild fire, as every Tom, Dick and Harry started calling me ‘FISH LIPS’ all around the school.
Some even re-mixed it to ‘FISHY’, and I was like WOW!!!!!!!!!!!!
That was how the story of my FISH picture became to be.
I now decided that it was time to give my new ‘book’ a name. Thought hard on which name I was going to give it.
The name had to tally with the picture, so I decided again to name the book ‘FISHY INC’.

Something great was about to happen from what was initially a rude joke and perhaps an insult to me.
‘FISHY INC’ was born.. My excitement knew no bounds as I finally figured out exactly what I was going to use my new ‘book’ for.
After
classes, I would sneak up on some of my classmates, and listen to the
gossips going on in school, and scribble them down in my book.
Gossips about how a boy is ‘toasting’ a babe in school, or the dirty things a boy is doing to a babe in one dark corner.
Or things that go on in the school for the day, for the week or for the month.
I wrote all of them down in my book, as no gist that happened in school escaped my preying eyes.
During classes, I made sure the teacher wasn’t looking, when I write in my ‘book.’
‘FISHY INC’ grew popular by the day, it gained massive reputation as everyone looked forward to my stories.
And most importantly, I was enjoying ‘monopoly’ as I was the only one doing such in the whole school as at that time.
I
had some form of childish agreement with some of my classmates to be my
‘correspondent’ and they fed me with ‘exclusive’ gists about the dirty
secrets my ‘book’ didn’t pick up initially.
I wrote all of them down in my book. And people queued to read my book as they took turns to read my daily stories.
Some of my seniors then also took keen interest in reading what their junior had to write about them.
I
once remember an unfortunate incident where I almost got beat up by one
of my seniors. That day, the whole school turned upside down because of
a particular story I wrote about the senior.. Though I didn’t mention
his name in the story, but as guilty as he was, he found offence in that
story and wanted to ‘sue’ (in my own case, beat up) the publisher of
the story. LOL!!!!!!!!!
It took the timely intervention of some of my other readers to preventing the raging senior from unleashing blows on me.
I can’t remember the particular story, but I remember that senior student’s name up till today. His name is…………
No I won’t do that.

You will be haunted - Nnamdi Kanu threatens Wike over Obigbo killings

After that incident, the Vice-Principal seized my book, and I was like.. It is over.
But
luckily for me, he called me into his office some days later, and told
me that the book made him laugh really hard, but warned me to tone down
the content so as to avoid future backlashes.
That incident, I
must confess, really affected me, even though I still wrote in my book,
but some of the passion I initially had reduced.
Eventually, the
book was laid to rest after I left the school and moved over to another
school to complete my Secondary education.
Fast-forward nine years later, I started a blog about news and events happening in my country.
Some would feel maybe I am copying what is already in vogue, that nothing new in what I am doing.
I
remember a certain Sunday church service in February this year, my
Pastor asked us to pray in church to make God show us things we would do
to make us successful in life. I took that particular prayer point
seriously, and I prayed fervently.
Barely few weeks after that Sunday service, I started my blog.
Starting
a blog was the last thing I thought of doing. I never wanted to do it. I
enjoyed reading from other notable bloggers, but it wasn’t what I
intended on doing.
I went to the University to study Business
Administration, I wanted to work in a telecommunications company, I
wanted to become a marketer, I wanted to become so many things in life.
But I never knew that I would become a blogger.
The way I started this my blog https://www.jimcaddy.blogspot.com was very miraculous, as it happened so suddenly and unexpected.
That
particular morning of Sunday 3rd of March, 2013, if someone had told me
that I would become a blogger on that day, I would have disagreed,
because it was so unexpected.
Maybe if that talent hadn’t died
back then in secondary school, maybe I should have studied Mass
Communication instead of Business Administration.
Maybe I would have been a super blogger by now.
Maybe I would have been running my own publishing firm by now.
Maybe I would have owned my own media comapny by now.
So many maybe’s…..
But the bottom line is that in this life, you need God in everything that you do, there must be a reason for doing something.
If there is no reason for you doing something, then you will most certainly do anything that comes your way.

Sanwo-Olu thanks Ambode as he officially hands over (Photo)

It’s a wrap on the debut episode of Jimcaddy’s Diary. Hope you all enjoyed it?
CHEERS!!!!!