Dear KFBers, we have loads of interesting stories on our Major headlines you missed today feature. Enjoy!
Igbo Peace Movement And Arewa Groups Reach Agreement To Build Peace in Nigeria 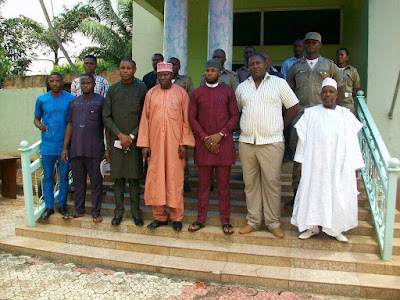 The two youth bodies while signing the pact expressed their unwavering commitment to peace and unity of Nigeria.

In the pact signed at a press conference the two youth bodies also expressed their commitment to an indissoluble Nigeria and urged other youths to emulate them to keep the nation one.

In a communique signed by the President of Arewa Youths in the state, Alhaji Bello Maigari and the leader of Igbo Peace Movement, Ambassador Divine Onyekachi, they stated their resolve to ensure that Nigeria was not plunged into another civil crisis.

They stressed that though there might be valid reasons for agitations in the country by some sections, such agitations must be done through proper procedures.

According to the youths: “Peace and unity of the country are paramount and should supersede every other interest. Nigeria’s strength is in the nation’s unity in diversity and only convergence of efforts from all ethnic groups can make Nigeria reclaim its rightful place in the comity of nations.” 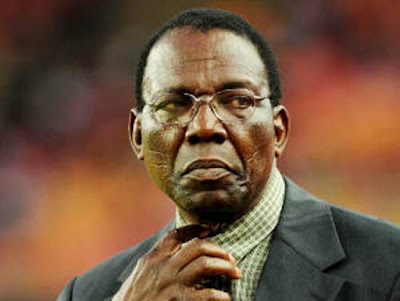 A Mapo Customary Court in Ibadan has dissolved the 30-year-old marriage between Chief Adegboye Onigbinde and his wife Anne, because there was no more love between the two.
President of the court, Mr Ademola Odunade, however, directed the former Super Eagle Technical Adviser to “pay a cash sum of N5, 000 to enable Anne move her belongings out of his house.”
Onigbinde had gone to the court asking it to dissolve the marriage, saying his wife was “ a wasteful spender and an unrepentant troublemaker.
“My lord, with my 79 years of age, I cannot continue to die in silence of Anne’s litany of problems.
“Among many other troubles I have encountered in the hands of Anne, I have also suffered uncountable financial losses during the process of trying to give Anne means of livelihood so that she wouldn’t be idle.
“On three separate occasions, I have established veritable business ventures for her and on each occasion, Anne wrecked the business.
“I can’t continue in such wastage. For many years, Anne has been a thorn in my flesh through ceaseless trouble-making as it is one day, one trouble in my home.
“Can you imagine that it was not until only one week to the wedding ceremony of the only daughter she had with me that she informed me?
“In fact, Anne has openly turned that daughter against me because she doesn’t take any instruction from me.
“Anne is now a bad influence on the daughter and she doesn’t even have any good relationship with the rest of my children.
“For instance, when I lost my younger brother, Anne and her daughter refused to be sympathetic by registering any form of condolence.
“The list of her misbehaviour is endless, please terminate our union.”
Anne had however opposed the request for divorce and denied all the allegations levelled against her by Onigbinde.
“My lord, I have done everything possible to please my husband, but he is refusing to be pacified.
“Ever since he got married to another wife 10 years ago, things have changed from bad to worse, as I no longer know how to do things in his presence.
“Since then, Onigbinde’s body language is for me to vacate his home; he no longer finds happiness in me.
“On a particular day, just as I opened the door, I came across a snake waiting to harm me, but I raised alarm and it was killed.
“My lord, it was never in our agreement to be parting ways in this manner.
“In the interest of the child between us, I have nowhere to go, please, help save my marriage,” Anne pleaded.
thenation
President Buhari departs New York for London 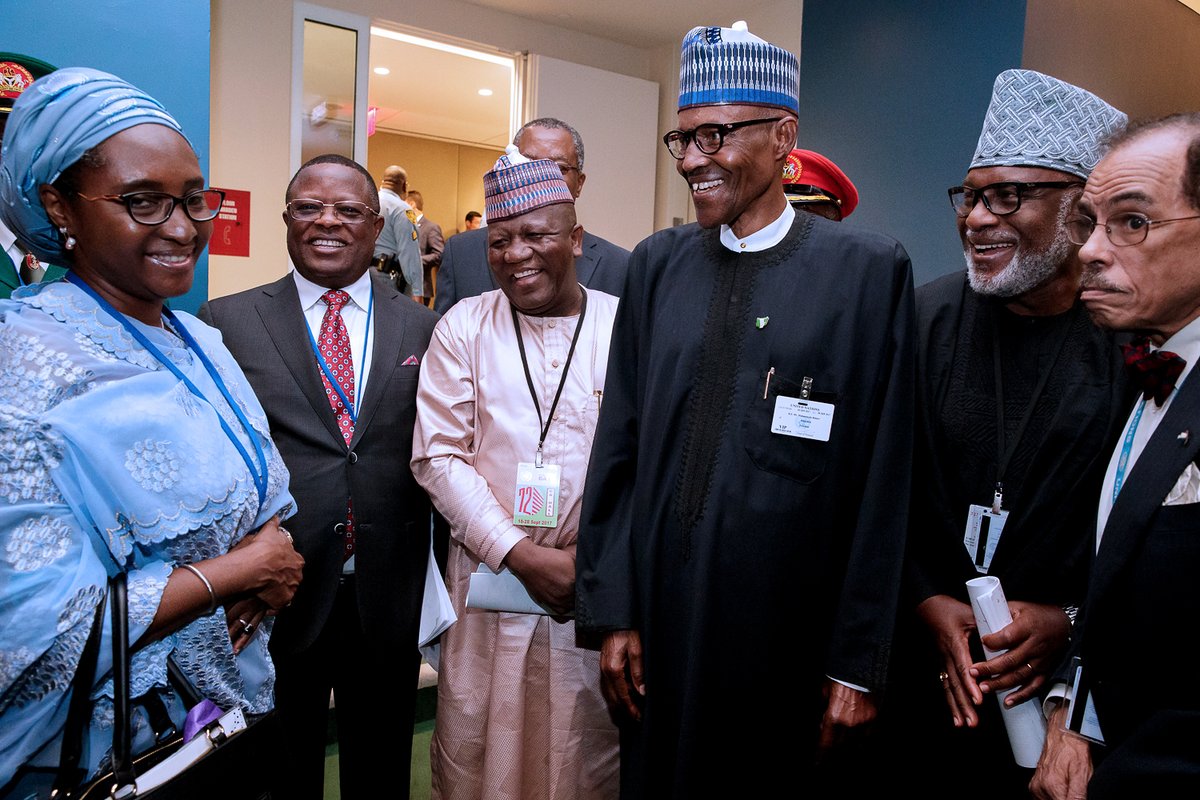 President Buhari has left New York where he attended the 72nd UN General Assembly for London. He is en-route London where he is expected to see his medical doctors. The presidency is yet to disclose when he would be returning to Nigeria.
Recall that the Special Adviser to the President on Media and Publicity, Femi Adesina had in a statement before the President left Abuja last weekend said that Buhari will go to London from New York after the UNGA.
It was not clear what his mission to London is or how long the president would stay there but he had recently returned to the country from the United Kingdom after spending over three months there on medical vacation.
The president presented Nigeria’s
statement at the UNGA and thereafter had meetings with President Donald Trump of the United States, King of Jordan, Abdullah II, President of Ghana, Kuffour Addo and the Secretary General of the United Nations, Antonio Guterres.
While speaking to State House correspondents, Adesina said that President Buhari’s appearance in New York was “worth the while” and immensely beneficial to Nigeria particularly Jordan’s donation of 200 armoured vehicles to Nigeria under generous terms.
He said Buhari held bilateral talks with the different leaders on various areas of cooperation.
The President had in his address to the General Assembly, he had called for the cooperation of world leaders to facilitate the recovery of stolen assets.
Buhari said even though efforts were being put in through the strengthening of state institutions, accountability and combating corruption, the international community’s cooperation was needed to make it succeed.
According to him: “Through our individual national efforts, state institutions are being strengthened to promote accountability, and to combat corruption and asset recovery.
“These can only be achieved through the international community cooperating and providing critical assistance and material support.
“We shall also cooperate in addressing the growing transnational crimes such as forced labour, modern day slavery, human trafficking and cybercrime.”
The president had also demanded that the United Nations sends a delegation to North Korea leader, Kim Jong-un, to pressure him to end the nuclear crisis which he says has become the greatest threat to mankind.
Vanguard
Princess slams Uti Nwachukwu for placing Cee-C above other ex-housemates