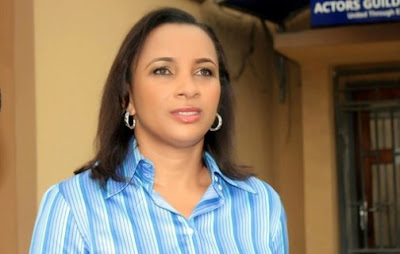 An appeal court sitting in Lagos has adjourned for judgement the appeal
filed by star actress and former beauty queen, Ibinabo Fiberesima
challenging the judgement of a Lagos High Court which sentenced her to
five years imprisonment for causing the death of a Lagos medical doctor,
Giwa Suraj.

The embattled actress and president of the Actors Guild of Nigeria (AGN)
was sentenced to five years imprisonment for reckless driving which
caused the death of one Dr. Giwa Suraj in an auto accident along
Lekki-Epe expressway, Lagos State. The deceased was a staff of one of
Lagos state owned hospitals.

Fiberesima was fined N100, 000 by an Igbosere Chief
Magistrate Mr. O.A. Isaacs but the then Lagos State Attorney-General and
Commissioner of justice, Olasupo Sasore (SAN), felt unsatisfied with
the
judgement and appealed. This prompted the state government to take its case to the Lagos High Court.

At the Lagos high court, Justice Oluwayemi set aside the option of fine
imposed by the Magistrate’s Court and sentenced Fiberesima to five years
imprisonment for dangerous and reckless driving.
In her judgment, Justice Oluwayemi held that the trial Magistrate
exercised judicial recklessness when he gave the convict an option of
fine.

The court held that the option of N100, 000 given to the convict did not
serve the purpose of justice in the matter and subsequently ordered
that the N100, 000 should be returned back to Ibinabo Fiberesima.

Dissatisfied with the judgement of the high court, Fiberesima came
before the Court of Appeal and urged the court to set aside the five
year sentence and restore the decision of the Magistrate Court.

At the hearing of the appeal today, the appellate court presided over by
Justice U.I. Ndukwe-Anyanwu (Mrs.) adjourned for judgement in the
appeal after counsel adopted their written addresses.

The court also directed that the appellant (Fiberesima) who was not in
court should appear in court when judgement is to be delivered, adding
that, the date will be communicated to the parties.

Friday daily devotion by Pastor E. A. Adeboye (Open Heavens 29 January 2016) – Counting your blessing I
Details of the fire that wrecked Havoc In Lagos; destroyed filling station & shops
To Top