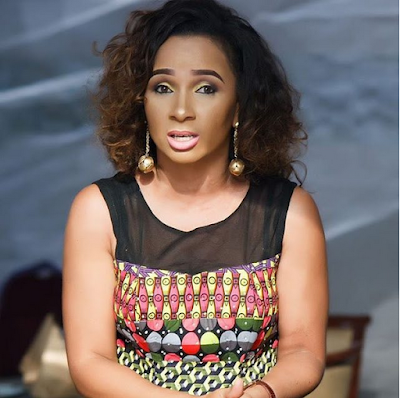 Following her five year jail sentence, Ibinabo Fiberesima has opened up
on the accident which killed a doctor. See excerpts from Vanguard newspaper below:

“Since the incident happened, I have learnt how not to trust anybody any
more. I put my trust now in the Lord. And this is better explained in
the new song I recorded. The music captures my story. Emotionally, I
have been drained and to some extent humiliated, even in public…I wasn’t
happy that I was involved in that accident. I have said it over and
over again that I’m deeply sorry that it ever happened. I
don’t know how else to atone for the accident. I started begging my
victim’s family from the very day the accident happened. My family
attended the funeral rites and service of songs and I even attended the
40 days prayer when I was strong enough to move about. I met with the
mother and the wife of the deceased. There’s virtually nothing I didn’t
do to plead with the family of the deceased to let me off the hook. I’m
still pleading with them as I speak with you right now.”

With this heart-rending statement Ibinabo Fiberesima broke down in tears
after she was released from Kirikiri prison in 2009. It was same again
Friday last week, as the appellate court dismissed her appeal and
affirmed the High Court’s judgement, which sentenced her to five years
imprisonment for manslaughter.
*Ibinabo She was convicted following the death of a Lagos-based medical
doctor, Dr Giwa Suraj, whom she killed in an auto accident along
Lekki–Epe expressway, Lagos. However, seven years after she had that
horrible experience, the ex-beauty queen and incumbent president of the
Actors Guild of Nigeria,AGN, is back to face the music. When the news of
her conviction went viral on the internet, even her enemies wept for
her.
But despite the odds, the good thing is that Ibinabo has come to accept
her fate, even as she said, she’s always praying for the family of her
accident victim, Dr. Giwa Suraj. Apparently, since the judgement was
delivered, it has been greeted with an outpouring of emotion, pain and
regrets on the part of Ibinabo’s colleagues.
While at the Kirikiri prison, emotion pervaded the vicinity as the movie
stars took turns to see the actress seated in a small waiting room.
Looking depressed and in low spirit, once cheerful Ibinabo expressed
faith in God that the days of storms would soon be over. Her look
confirmed one thing and that’s there is nothing that rends the heart,
that ruins a life so quickly as being shut out of the world.
But while she was trying to hide her emotion, other female inmates were
busy having fun, as they kept shouting and waving at some of the popular
Nollywood faces who were at the prison. Ibinabo’s lawyer was among the
early birds at the prison. He disclosed that he would be heading to the
Supreme court, on Monday, to apply for stay of execution of the jail
sentence
My relationship with my accident victim’s family
Meanwhile, a week before she was convicted, the actress painted a clear
picture of the kind of relationship that was existing between the family
of the deceased and herself. Speaking with Showtime Celebrity,
Ibinabo revealed that the late Dr. Suraj’s family banned her from coming
to visit them. According to her,

“I don’t have a relationship with the family. They banned me from coming
to see them. I used to visit the mother, but they warned me to stop
coming to their house. So, I can only pray for them and that’s what I
did always.” Asked if she has ever tried to send the family goodwill
messages, the actress replied, “If I had their GSM lines, I would have
sent them messages. But like I said earlier, I was banned from visiting
them. They said I should not dare get close to them.”

Also recounting what led to her present predicament, Ibinabo revealed
that part of the condition for granting her bail in 2009, was that she
should appeal the decision of the High Court, which sentenced her to
five years in imprisonment.

When I was granted bail, the condition for granting the bail was that I
should challenge the jail term slammed on me by the High Court, and urge
the court to restore the decision of the Magistrate Court which fined
N100,000 and I paid. And the appeal was only heard in January, that’s
all. The case was between Lagos State government and I,” Ibinabo
recounted.

Second journey to Kirikiri prison
Surprisingly, the appellate court, Friday last week dismissed her appeal
as it affirmed the High Court’s judgement. Devastated by this
development, the embattled actress broke down and wept like a baby as
she was led out of the court after the judge ordered that she should be
sent to Kirikiri for the second time.
Painful also was the fact that she was on her way to Port Harcourt when
she got a call ordering her to turn back and present herself in court,
unknown to her that it would be the beginning of her second journey to
Kirikiri prison.
I’m still AGN president

Ibinabo also addressed some of the burning issues affecting the smooth running of the actors’ body.
According to her, while she was away, they freezed the guild’s bank
account, making it almost impossible for the leadership of the guild to
draw money for their health insurance scheme. She debunked the
insinuation that she abandoned her office following the High court
ruling that sacked her as the president of the guild, maintaining that
she’s still the incumbent president of the Actors Guild of Nigeria.
Explaining why she has been away for some time now,the first AGN female
president said it was as a result of health challenges. She revealed
that she travelled abroad for medical test and they discovered a lump in
her breast which has been removed. Speaking further, she said, “the
welfare of my members comes before any other thing. We must continue to
push on our health insurance scheme for our members.

I have my own health challenges too. I went for a test and they found a
growth- a lump in my breasts which I had to remove. So, if we don’t do
these tests continuously anything can happen. We usually take our lives
for granted. You must continue to go for routine medical examinations.
That’s what AGN is all about. We are here to ensure that our members are
properly taken care of. We can’t get our money in the bank to pay for
our health insurance because they froze the account. I opened the
account before the case started.” “We are back on track and everything
is beginning to happen again.

From next week, we would start touring all the states with a free
computerized eye screening exercise for all members. We are getting back
to our rhythm after all the distractions. “Our members are the ones
that have suffered. I think it is time we helped them and pay attention
to them. We have lost a lot of our members to death recently. It is very
painful because we have not been able to pay for insurance scheme
following the crises in the guild.” However, following the prolonged
crisis rocking the actors’ body, Ibinabo lamented a situation where
aggrieved members of the Guild would refer to her prison ordeal each
time they want to attack her. ” Every time they want to throw things at
me, they would bring it up. I didn’t steal anybody’s money snd I am not a
criminal. I was involved in an accident and I have internally remained
sorry that it happened. They said I am going to jail again. I almost
died the first time I was sent to jail in 2009. I almost committed
suicide. But thank God that He brought me out of that depression,” she
lamented.

Saturday daily devotion by Pastor E. A. Adeboye (Open Heavens 19 March 2016) – Backsliding: Not an Option
They said my teeth is poisonous | This 20 year old girl killed her neighbour with her teeth bite
To Top