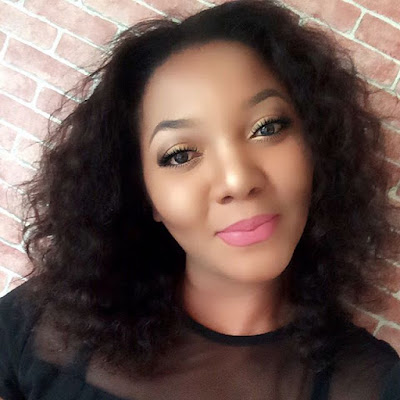 In a new interview wih Vanguard
today, Nollywood actress and mother of one, Uche Iwuji revealed she is sex starved but is waiting for her
ex-husband Mr. Juwon Lawal to return to her before that need can be satisfied.
You will recall that her 12 months old marriage, crashed in 2013 after an alleged nude photo of her hit the net along
with cheating accusations.

This is simply because my life has changed. I got married, separated, and have
a child. I am re branding myself and that is why I have left the public scene.
That doesn’t really mean I have left showbiz but only took some time out for my
family. I am fully back but not as the former Uche Iwuji, I am a new Uche
Iwuji.

I have always been involved in one scandal or the other. That will change
because Uche is now a mother who wants the best for her son.

I used to go out a lot, I was always every where.

No, it does not put me in any form of trouble. It only made people know who I
was. Then, I was single so it is allowed. I am now a mother, things must
change.

It is not easy; I must confess. I have to be there for my son who will be three
this year. I have my businesses that has been footing our bills. I hang out with
single mothers like myself. I thank God that every one is showing me love.
However, a man settles your bill when you are married but that has changed
because I fend for myself and my child. Nobody is asking for my account now
(laughs).
·
Is it true that men take advantage of single mothers?
No, I don’t think it is true
because that has not happened to me.

I have learnt to be strong for myself. Separating from my husband was not a
good thing at all. Though, an eye opener. As far as I am concerned, being
single again is fun. I am free to do whatever I like. I have been able to get
over the break up when I look at my son. He is a bundle of joy

No way. I don’t want to talk about that.

The marriage failed because we didn’t understand each other well.

Not really, I still respect and love my ex husband till date. In fact, I still
pray for him.

Yes, I will a million times. He is the best gift I have ever gotten.

I blame it on the society. People were always saying rubbish about me. However,
I advise intending celebrity couples to understand each other well and shun
third party.

Yes, in a positive way. People now see me as a matured woman. Some still
address me as a Mrs. It only boosted my career.

Not only celebrity marriages fail, it happens everywhere. It is somehow natural
because people don’t really wish us well. They just say the marriage will soon
crash and it will. This is because many people have made the prophecy.

I thank God for my child. Sometimes, when I even talk about his father, he just
says “mummy don’ t talk about him”. They communicate on phone. He also calls me
because I have a child with him.

Yes , I’ m not that lucky with men but I think I was lucky at a point. To have
been married to my ex husband means luck was smiling at me. We only didn’t
understand each other well.

No way. I will marry my ex husband a million times again. No other man is good
for me. I believe he will come back when he is ready.

I am sex starved for now but I don’t really long for it. I have been without
sex for a while now

Yes, I also have it but it’s not just too obvious.

When I started it was bitter. Then, I wasn’t getting the roles I wanted. But
things got better. I now get befitting roles and that is sweet. I don’t hope to
have more scandals in the future.

It is the award and its impact on the people.

Our lives is not ours anymore,it is not private. You even have to smile even
when things are not fine, but I think I am coping well.
Nigeria is building a generation of illiterates – Wole Soyinka