If Wole Soyinka had succeeded in
pulling the trigger in his father’s dane gun years ago, his glorious life would
have been cut short. 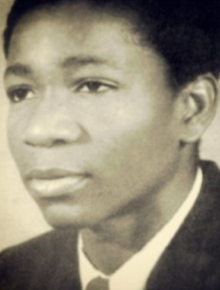 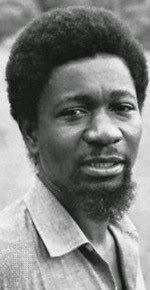 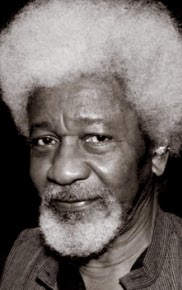 From a boy, to a man, to a phenomenon.
“I used to go with my father when he
hunted. It was a mere air gun but was good enough for squirrels, the wild
pigeon and occasional rabbit. I was just curious. One day I sat in the house’s
frontage waiting for him to come out of his bedroom so I could accompany him.
“I just felt there was something
about that part of his gun which he used to pull. I tried the same motion and
it just exploded; but he knew it was his fault so he never chided me. He knew
he should never have left that gun loaded and he knew me enough to know that I
had learnt that lesson and I didn’t need to be reminded of it. Of course, there
was a sort of mutual standoff; I was not rebuked but he knew I was not going to
do it again.”
The literary giant, Wole Soyinka
said this during his 80th birthday celebration in Abeokuta, Ogun
state on Sunday.
Reminiscing on his childhood years,
Soyinka said his bravery and sometimes cunning traits as a child didn’t go down
well with his mother who reasoned that his over-confidence would harm him in
the journey of life.
The vintage author said, “When a
child tries out something which people, even adults, should undertake with
great caution, then they think that child is over-confident and is going to
destroy himself.
“I think it stemmed from the fact
that if I thought about something which was possible, then I should be ready to
test it.”
“ I enjoyed trying out the practical
side of science at home— I used to perform experiments. Things like that, you
know, sometimes blew up in my face. Same with putative artistry.
“I would re-arrange my mother’s shop
because I felt mine was the best way. I looked at customers, studied them and
decided which arrangements would attract them more. She would give up and let
me have my way. After I had gone back to school, she would undo everything.”
He said his early school days still
remain fresh in his memory, affirming that he was able to cope with older boys
as a 10year-old scholarship student at Government College, Ibadan because his
unique approach to issues.
He said, “Those school mates of
mine, they were bullies. They were terrifying because they looked big. Some of
them, I am sure, had children already. Some had moustaches and so they shaved
every morning.
“The ‘over-confidence’ that my
mother used to complain of saved me and put me in trouble also. Because they
were big they felt they should trample all over me. I had no hesitation in
taking them on.
“It was a very good training because
you defeat people like that largely with moral persistence. They knew they were
misusing their power.
“Whenever they turned on me, being
really small, the bullying got really intense because these big boys could not
stand the idea that this rondo (small) boy was sitting while others were
standing. They couldn’t stand it. They intensified the bullying, which made me
even more aggressive.”
Man who asked Wole Soyinka to get up from his seat in a plane shares his side of the story

Aww, Jude Okoye writes a beautiful message to his unborn kids
Toyin Aimakhu and Bukky Ajayi fool around on set (photos)
To Top