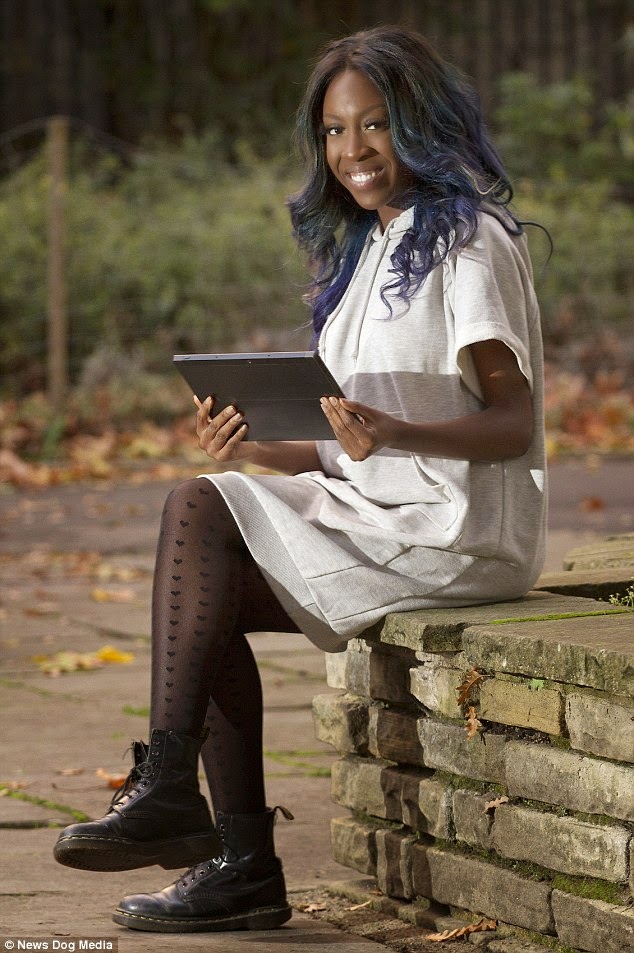 Guys, meet Oghosa Ovienrioba who opened up to Daily mail on secret life as an online pornography addict. She stumbled on pornography via Google at the age of 14.
Behind the pretty face
of the vlogger and Law Graduate is a young lady that has been ravaged by the fatal
consequence of pornography.

By 16,  everyday movies no longer appealed to Oghosa who hungered more for ex rated pictures. ‘I didn’t see people as people anymore – they were just sex objects to me.
“The simplest things could set me off such as a girl unbuttoning her blouse or a boy taking his top off. Everything made me want more”.
“I would sit in my room alone for hours, with the lights off, watching porn. I felt lonely and ashamed of myself.”
She took a break at the age of 18 for six months, when she started dating.  She soon moved to college and resumed the grievous habit.
At age 21, she came to a point and  needed to back off pornography and masturbation that has affected her psyche and relationship with others.
After speaking to a friend of hers, she took a bold step and received Jesus. “Talking about it made me realise how much of a problem it was – you’re only as sick as the secrets you keep.”
She began to make concrete moves to recovering from the addiction. She said that as part of the recovery process she had to cut down some habits.
“I don’t read sex scenes in books and I don’t listen to oversexualised music. There are some artists that just sing about sex and it’s best to avoid that, I also try to avoid inappropriate programmes on TV late at night.”