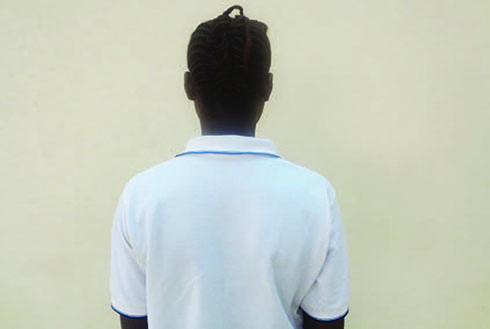 A Primary five pupil, Zainab (pseudonym) was recently raped by a gang of five men in the Bariga area of Lagos State.

Zainab, 15, was said to have been lured into an apartment on Opeloyeru Street, where the men took turns to rape her.

It was gathered that the victim’s “crime” was that she turned down the advances of one of the men,
identified as Femi, who wanted to date her.

The victim and her father were said to have first reported the case at the Oworonshoki Police Division, which allegedly dismissed it.

A family friend, however, took it up and reported it to an agency of the Lagos State Government.

Zainab was subsequently taken to the Mirabel Centre of the Lagos State University Teaching Hospital, Ikeja, for medical tests.

The Kwara State indigene, who spoke with their correspondent, said since the incident, people in the community had been avoiding her like a plague.

“I am in Primary five, but I am also an apprentice in a hairdressing shop. I was given a piece of cloth by my boss on January 6, and I needed a tailor to sew it for me. Mr. Femi said he would assist me and I gave him the cloth.

“But when I went to him to take my clothes, he told me that he wanted to date me. When the pestering did not stop, I let go of the clothes and stopped communicating with him.

“On Monday, January 11, around 8pm, our landlord’s son called me that Abidoye, a neighbour, was looking for me. It was not the first time that I would go to the man’s house to run errands for him or his wife, so I thought he wanted to send me on an errand.

But on entering the room, I discovered it was dark and the man was not around. As I turned back to go, a group of five men, led by the tailor, grabbed me and blocked my mouth. They took turns to rape me. The whole thing lasted for about one hour.”

It was learnt that Zainab, after the ordeal, started wailing uncontrollably, which caught the attention of her father, identified simply as Adeyemi.

Her father, who expressed sorrow over the incident, said he reported at Oworonshoki, but the police threw away the case.

He said he later told his friend, who then called the Lagos State Office of the Public Defender.

“It is a thing of sorrow for me. How can anybody hear that five men raped my daughter? But we have nobody to help us except God,” the father of three said.

The family friend, who spoke on condition of anonymity, urged that justice be done for the victim and the suspects punished to serve as a deterrent to others.

“This is evil at its peak. I can’t imagine anybody doing this to my daughter,” he added.

Punch learnt that the OPD referred the case to the Ilupeju Police Division, which then issued Zainab a letter to the Mirabel Centre for medical tests.

The matter was later taken over by the Bariga Police Station, which went after the suspects.

“The police were working on the girl’s story of five suspects, but after the arrests, the men said there were actually six of them involved in the rape. All of them are currently in detention.”