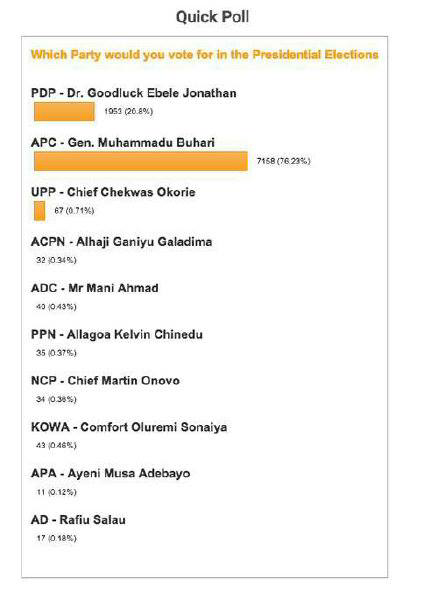 Television station, AIT, came under
criticism recently when it took down an online poll between the
presidential candidates of the PDP (Goodluck Jonathan) and that of the
APC (Muhammadu Buhari), in which Buhari was leading with 71% of the
votes, compared with just 21% for Jonathan.
The management of Daar Communications
which owns the TV station has now released a statement due to the need
to clear its name over the allegation of bias.
They accused supporters of Buhari of
rigging the online poll. The management said that a forensic audit of
the votes showed that some of Buhari’s supporters were voting multiple
times.
The statement said: “Suspicions that the
poll was compromised where (were) first muted when it emerged the
number of unique IP addresses was significantly less than the number of
votes polled. This suggested that some pollers were able to vote
multiple times.”
“A forensic test of the votes polled
after the website was shut down further revealed that 30 identified
unique IP-addresses had voted a total of 4969 times in favour of General
Mohammed (Muhammadu) Buhari.”
“Furthermore a software application that
incrementally changes the IP-addresses was discovered to be used in the
voting process in favour of General Mohammed Buhari and the APC
political party. Daar Communications Plc is presently seeking legal
advise amid privacy concerns about releasing the raw CSV files on its
www.aitonline.tv website for interested Nigerians to independently
verify the integrity of the online poll.”
“The management of Daar Communications
Plc determined this afternoon to make this information publicly
available to protect its integrity amid accusations of bias promoted in
some websites as well as on social media. The management further stated
that ait remains committed to providing transparent bipartisan coverage
of local and international news within the confines of best practice.
The media and members of the public shall be updated as more information
becomes available,” Daar Communications added.
Meanwhile, a twitter user, Gbenga Sesan, who is an ICT expert and Executive Director of
Paradigm Initiative Nigeria (PIN) has accused AIT of lying, saying he has caught them pants down
in their attempt to smear the image of the APC presidential candidate, General
Muhammadu Buhari. 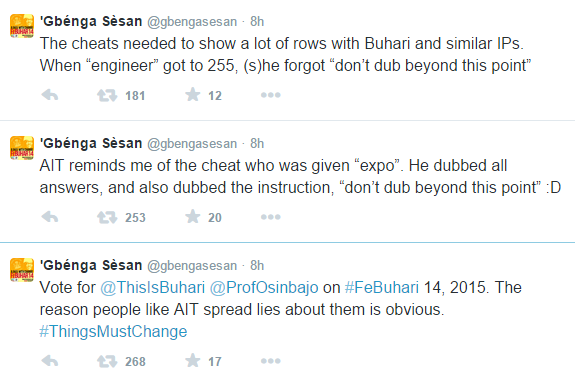 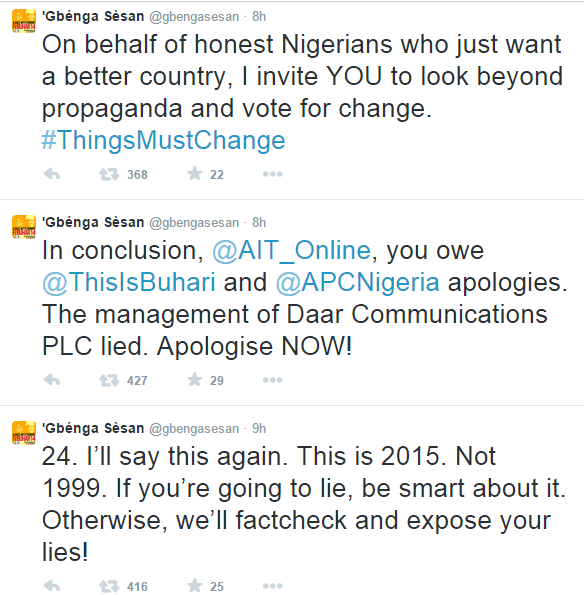 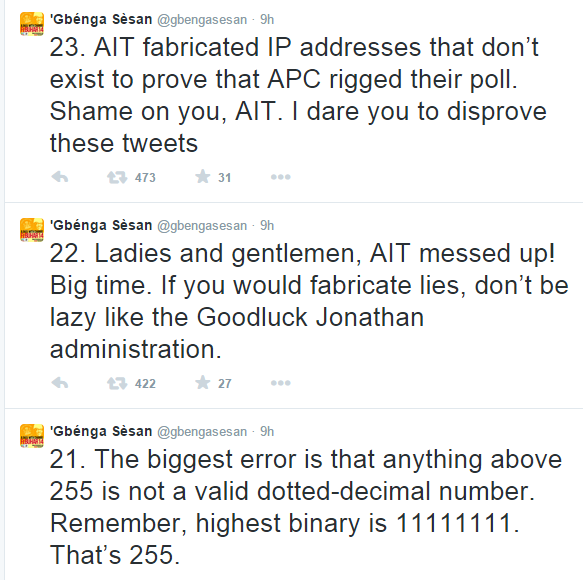 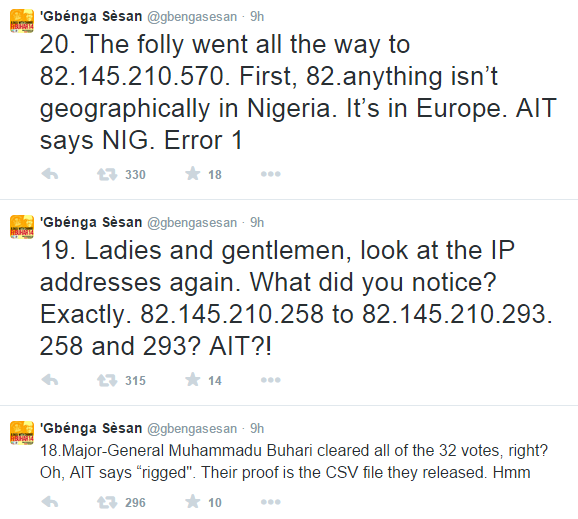 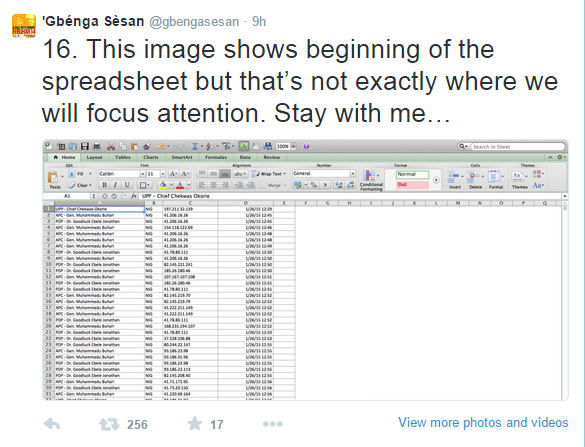 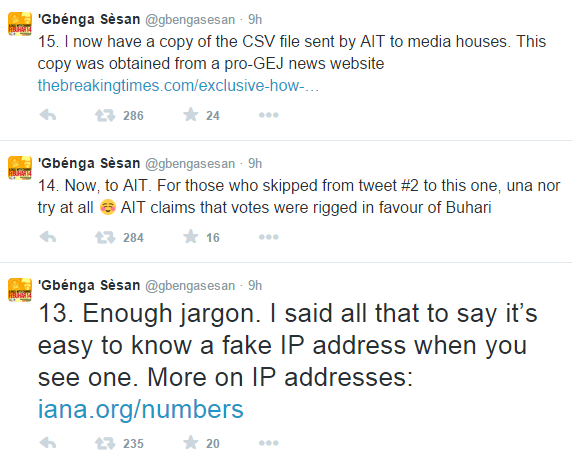 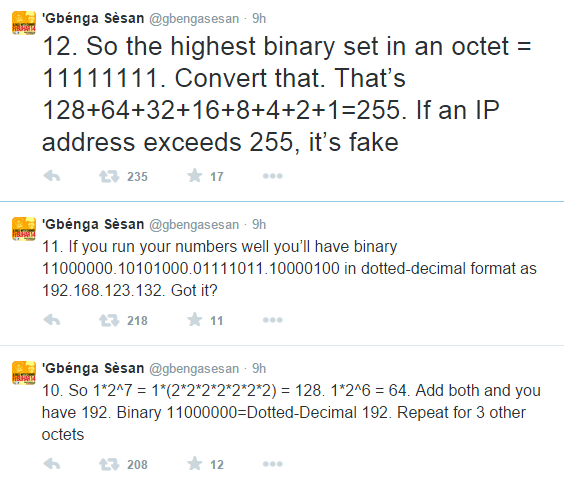 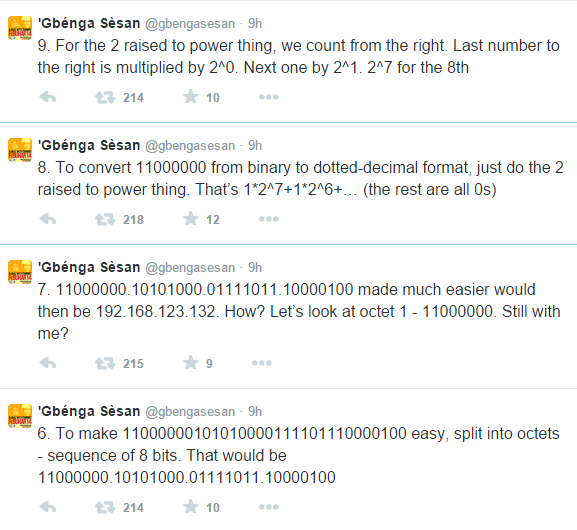 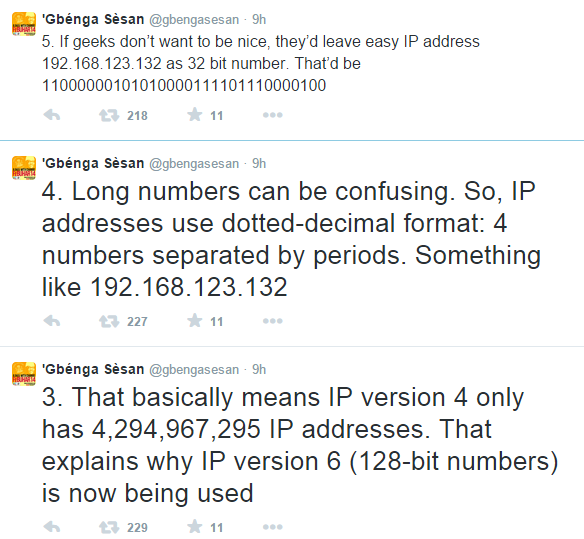 Aww, have you seen this viral video of Pastor E.A Adeboye endorsing Yemi Osinbajo…
Boy whose scalp was chewed by Dogs returns from India (Photo)
To Top