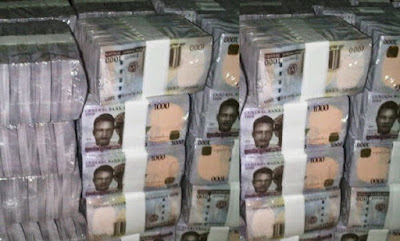 A self-acclaimed Alfa, Alhaji Ibrahim Ahamido, recently defrauded a trader, Sarah Moses. Ahamido collected N350,000 from Moses, promising to boost her business by turning the money to N5m.
He was, however, alleged to have fled with the money, after giving his girlfriend, Hawa Musa, N100,000 to “renew their love”.
A source told PUNCH Newspaper that the victim had been introduced to Ahamido sometime in December, 2015, in a restaurant in Lekki.
Ahamido was said to have boasted special powers that could make him multiply money after prayers.
The source said,

“The woman initially
did not believe. So, he promised to help her bring out her child, who at
the time was arrested by the police for an offence he committed.
“He prepared some concoction for her, and just like that, the woman’s son was released.
“That immediately convinced her and she trusted him.”

She was said to have asked him for help concerning her business, which was not doing well.
The suspect reportedly asked her to give him N350, 000 so he could turn it to N5m.
Moses said she believed him, and gave him the money.
She said,

“I told him I would be
travelling to Ghana in December 2015, and I would return in January
2016. He gave me something to put under my pillow. He said when I return
from my trip, I should check the pillow and the N5m would be there.
“When I returned, I checked under the
pillow, but I did not see any money. I called him to inform him, and he
said it was my fault because I did not come back on time. He said the
money came out from the container he gave me, but when I did not pack it
on time, it went back.
“He asked me to pay another N9,000 so
that he could make another charm to repair the damage. It was after I
gave him the money and he disappeared that I knew I was dealing with a
fraudster.”

She said she reported the case to the police, and after a manhunt, Ahamido was arrested.
The 47-year-old suspect, however, said
he did not mean to dupe the trader, adding that he tried to multiply the
money, but failed.
While denying taking up to N350,000 from his victim, he told the police that he gave N100,000 to his girlfriend.

“I did not collect up to N350,000 from
her, and she even gave me the money piecemeal. The total is N150,000. I
will refund the money since her blood was not compatible with the
prayers,” he said.

His girlfriend, Musa, denied collecting N100,000 from him.
She said,

“I came to Lagos about 15
years ago. It was about three months ago that Alhaji came to me and said
he wanted to date me. Three days later, he bought a wrapper for me. I
did not know where he got it from. When he continued buying me more
wrappers, I suspected something was wrong and I started keeping them so
that if a police case arose, I would be able to defend myself. He bought
me only four wrappers. He never gave me any N100, 000.”

I go to cinemas, attend parties – UNILAG Graduate Ayodele Dada who graduated with 5.0 CGPA tells how he did it!
A New story will emerge soon – Reverend King’s Church members are very certain that he will return to them!
To Top