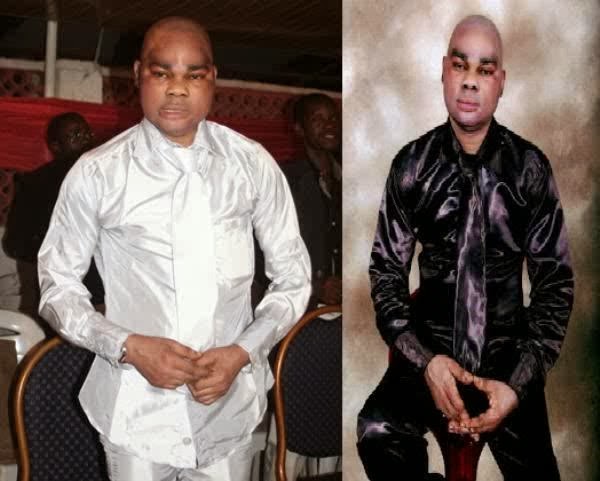 A certain young journalist named Kolapo
Olapoju, recently visited the Late Pastor Ajanaku’s church – precisely on the 9th of February, 2014.
He narrated his Sunday service experience at the church thus:

Ever since the late Prophet Ireti Ajanaku died, the
scandal-ridden church (Christ Revival Victory International) which is now run
by his wife, Joy Ajanaku, has been in the news for several reasons.

Recently, self proclaimed messiah, Sat Guru Maharaj Ji
claimed in an interview that the late pastor might still be alive if he had
been more respectful towards him, while his wife was recently reported to have
declared that her husband is still alive, albeit, inside her.
With such an interesting series of events and stories
surrounding the Ajanaku ministry, it was only proper to pay a visit to the
church for a Sunday service.
On February 9, 2014, I arrived midway into the service,
whilst the sermon, ‘sexual curse’ was being preached. The presiding pastor of
the 100+ congregation was the wife of the late founder.
The ambience was calm as the members all listened
attentively, while some dozed off. Women seemed to be in charge of more than a
chunk of church activities, as men workers were evidently outnumbered.
Initially, I thought it was probably the Sunday school bible
study that was going on, considering the fact that a fifth of the available
chairs were unoccupied. Upon inquiring from an elderly lady by my right, I was
told it was the service proper.
I then wondered what the Pastor Joy meant when she told City
People that her husband in his lifetime predicted that people will come surging
to his ministry after his death. She told the magazine, ‘Even before this death
rumour, I remembered he told the large congregation that he will cause
commotion and the whole world will come to look for him.’
From the observed attendance rate, maybe the commotion
hasn’t started, or rather, maybe the world hasn’t realised the man has died.
After the engaging sermon which had the scanty audience
engrossed, different groups of people were called out to kneel down for brief
prayer sessions, while the standby cameraman filmed proceedings.
Once the service climaxed and the crowd that wanted to see
the pastor reduced, I located the head usher and intimated of him of my
intention to conduct an interview with Mrs Joy, but I was denied the request.
He said with a note of finality that ‘Mummy won’t be talking to journalists any
more.’
Sensing a lost war, I decided against attempting to convince
him to grant me access.
As I walked out of the church, I felt a hasty footstep
behind me, which turned out to be a worker who craved anonymity. She had
witnessed my conversation with the head usher and rushed after me to explain
why they wouldn’t let me speak to ‘Madam’.
She said, ‘The reason why they won’t let you see her is
because journalists keep misinterpreting her comments. Everybody keeps
spreading false stories about us and we have decided to keep to ourselves.’


‘Even if we’re doing something evil, People should leave us
alone to God’s judgement.’
‘By the way, what she meant by saying her husband is still
alive is that he is alive inside her and his power and anointing will continue
to manifest through her,’ she concluded.
I shook off my earlier feeling of discontent, thanked her,
exchanged contacts, and made my way out of the premises to begin my journey
back to whence I came from, in search of a better understanding of the Ajanaku
debacle.
Indeed, the late Prophet is causing commotion, but the world
still hasn’t come to witness it yet.
Justine Bieber replies a troll with epic clapback over marriage to Hailey Baldwin

Related Items:
6 Comments
Nse Ikpe-Etim narrates her true-life experience with jungle justice
“I was shaking like a leaf…” – Omawumi finally gets to meet her mentor Yvonne Chakachaka
To Top