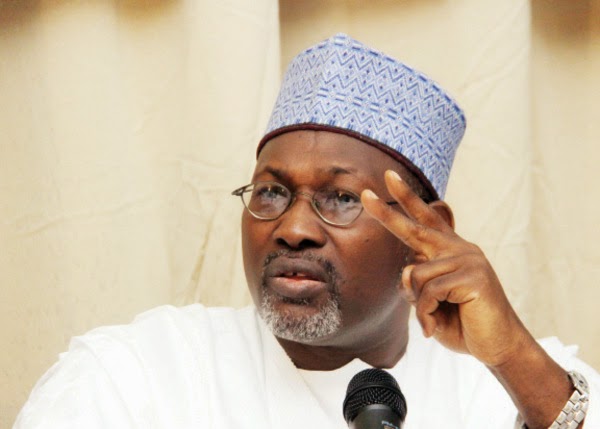 The Chairman of the Independent National Electoral
Commission, Prof Attahiru Jega, has said he cannot guarantee if elections will
hold in March or not, stating that major part of it still has to do with the
issue of security, which only the Military can clarify. Jega appeared before
the Senate yesterday and when asked by the Minority Leader, Senator George
Akume, to give a clear assurance about the dates of the elections, Jega said;
“I think it is a very difficult question to answer. I have
said consistently that there are things under the control of electoral
commission and there are things that are not under the control of electoral
commission. For things that are under our control, I can give definite and
categorical assurances. On what is not under our control, it is futile, it is
fruitless and useless to give a definite guarantee on them. I think that
question should be directed appropriately. The questions of security, I will leave
it, I don’t think I am competent to answer it sufficiently.”
When asked what his response would be if the security
agencies requested a further delay, Jega said doing so would be illegal.
“Every Nigerian knows we want elections to hold… within a
constitutional time frame.   The security
agencies are (made up of) patriotic Nigerians. Let’s give them the benefit of
the doubt. We should be fair also to the military. Soldiers are also patriotic
Nigerians. I don’t see how anybody will contemplate any extension beyond these
six weeks. There is no constitutional grounds upon which you can do that. For
us, we work by the constitution, by the law. That is what is guiding us and we
should all put the interest of the nation at heart. The human factor is always
significant, it is always important but we believe that working together with
security and other stakeholders, we should be able to prevent negative human
intervention that can create problems.
“I kept saying consistently that INEC is not a security
organisation. We are an election management body; so we rely a lot on security
to be able to ensure that things are done well and that there is no disruption
of the electoral process.
“We have been working very closely with the inter agencies
consultative committee on election security and that is why for us, if the service
chiefs say that we can’t guarantee security, give us more time, what is the
alternative security arrangements ?
“If we consulted with the stakeholders and we cannot find an
answer, what happens? We are going to use close to 700, 000 ad hoc staff. We
can’t send people to the field in that kind of a situation.
“Our prayer is that in the next six weeks, there will be
significant improvement in the security situation for us to hold the elections
all over this country in a very secure environment.
“There are certain questions that we are not really
competent to answer. Certain questions should be directed to the military; they
can answer them better.”
Sanusi: Kano has lost a golden king - El-Rufai

Presidency lists 12 reasons why you should vote for Goodluck Jonathan
Aww, Bride-to-be Dolapo Oni goes to shop her wedding gown
To Top