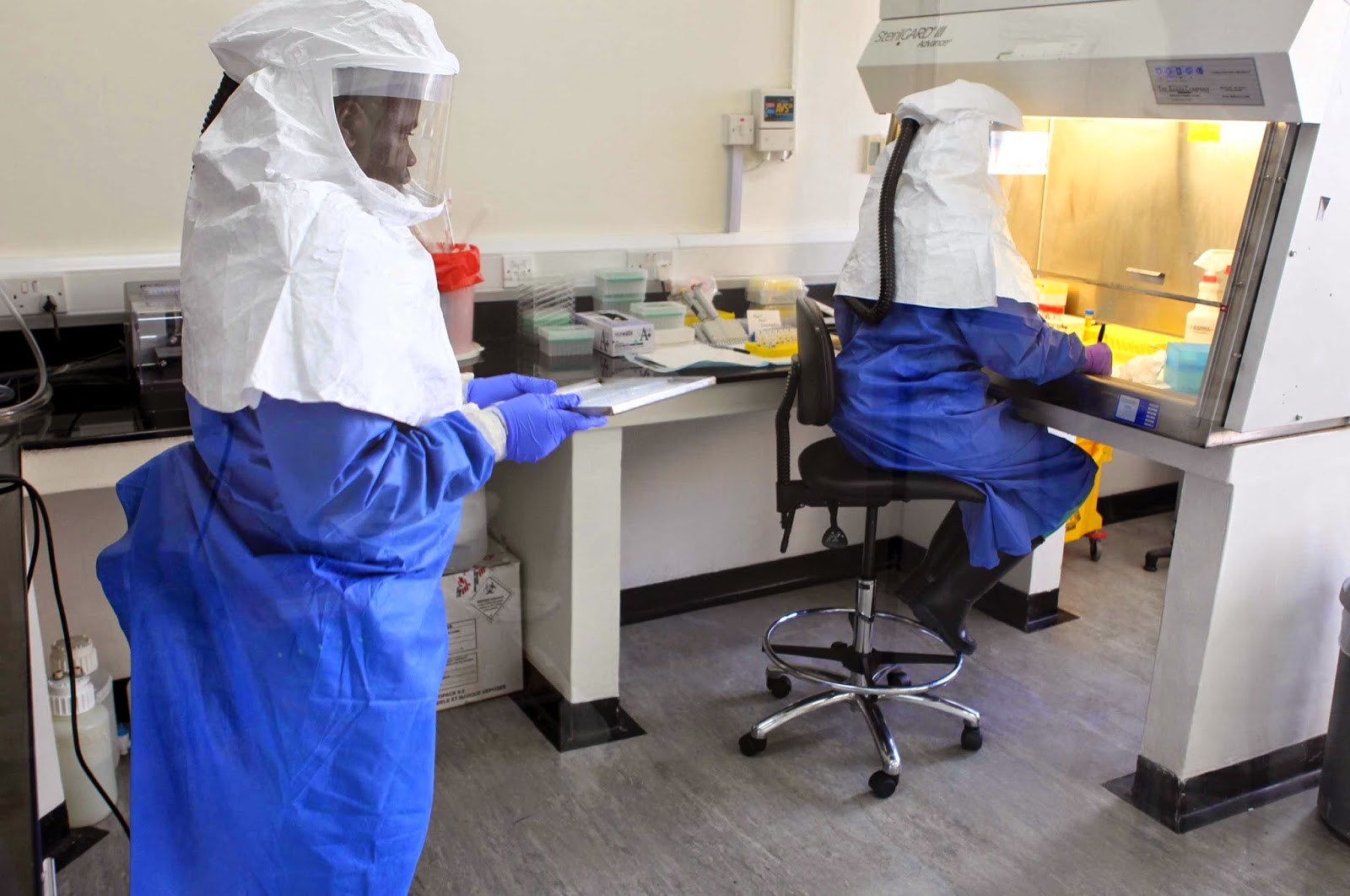 There was an uproar at the Lagos University Teaching
Hospital (LUTH), Idi-Araba, on Monday when a sick woman sneezing, coughing and
oozing blood was adjudged to have contracted Ebola Virus Disease (EVD).

The
incident occurred on a day the city of Lagos was hit by fears of the spread of
the virus, following the confirmation by minister of health, Professor
Onyebuchi Chukwu, that a Lagos doctor who attended to late Liberian carrier,
Patrick Sawyer, had come down with the disease.

However, a top medical source
at LUTH dismissed the claims of Ebola, detailing the patient’s medical history
and the test conducted on her, which turned out negative. “The woman believed
to be positive to Ebola is actually a renal transplant patient,” the source
said.
“She is 53 years old. She was transplanted in 2011. She only came to LUTH  for the monthly screening: a renal function test, which is a
normal check-up for renal transplant patients. “When she came yesterday, she
complained of flu-like symptoms – sneezing, coughing, slight chest pain – but
there was no fever. So we asked her some questions and she said she had not
travelled in recent times. The last time she travelled out of Lagos at all was
December 2013, and that was even to Imo state, in the south-east.
“She and her
husband had not travelled for six months. She came for the test so that she
could know her renal function status in order to prepare for another trip to
India, because she must travel to India every two years.”
The source explained
that when the woman arrived at Pathcare Laboratory, the venue of the test,
which is located behind the LUTH’s emergency ward, she started coughing and
sneezing, prompting panic from bystanders. “She touched her ear to discover
that there was blood; it was the blood that caused the raising of an alarm,
because blood is one of the symptoms of Ebola,” the medic continued.
“Ebola is
one of the haermorrhagic viruses that cause bleeding from all places. It could
be ear; it could be nose; it could be mouth. It could be anywhere. “Already,
she had flu-like symptoms and we also observed that she was bleeding. When we
examined her, we called in the chief security officer who isolated her in a
special ward, as a barrier measure to minimise contact with other people. We
put all measures in place for nursing. “We now took her sample for screening
and the result turned out negative.
The management of LUTH had decided that if
the test turned out positive, it would address a press conference to confirm
the fears. I personally knew it was not Ebola, but it was important to hold the
test and get the scientific position.”
Meanwhile, the Chairman of Nigerian Medical Association,Lagos State chapter Dr.
Tope Ojo, disclosed that the matron of the hospital where the Liberian
Ebola victim, Patrick Sawyer, was admitted is now showing signs of the virus.
Popular Comedian, Nedu Wazobia remarries secretly?

She was one of the several health workers who attended to him prior to
his demise on July 25th. He said “We know that the infected doctor is
stable, however, the matron is
showing symptoms too. But everybody, including the experts from the
World Health Organisation, are doing all they can.Strike or no strike,
we must respond to emergencies. Our doctors are at the Yaba hospital
where isolated contacts are being monitored.”