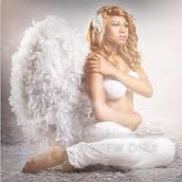 “I still do not support Tru Friendship, and I may never come
around, but I miss Goldie as a person. I wish I had hugged her tighter that
day, had been nicer. I wish I had taken a picture with her, I wish I had made
her feel just a little bit better about herself. I mourn Goldie not because I
knew her personally, but because she really was a sweetheart and it just hurts
to lose someone that young and vibrant.“
This week’s diary is a writer’s (Ese Grage) tribute to Goldie…It touched me, so I decided to share with you guys. Enjoy…

It was a hot Friday afternoon, adorned in my Khaki getup and wishing
to God that my Z.I would sign my clearance letter soon so I could make
it on time to Protea hotel. I could feel the frustration build up in a
bead of sweat on my forehead. Finally, she signs and I run feverishly to
my car and the race for Protea hotel, Ikeja began. You see, it was
Goldie’s press conference, her very first interaction with the media
post Big Brother House and I wasn’t going to miss it for the world.

I
got into the hall, questions in hand, prepared to give her a piece of
my mind. That girl was something else in the house. I mean, why was she
such an emotional wreck? The Goldie on screen exuded such fierce
confidence, such strong aura, so who was this girl who was the exact
opposite? To say the least, I was disappointed in her overall attitude
on the show and I know I speak for majority of Nigerians.

Then,
she walks in, so dainty, ‘she looks frail’ I say to myself. She has on
these huge dark shades, she must have been crying, why else would she
wear such huge dark shades in a dark room if not to hide her
overwhelming emotions from the prying and artistic eyes of journalists.
Her hair was swept in a side bun and even then, she looked unhappy. And
that’s where I saw Susan Harvey, not Goldie, but an insecure, shy Susan
who just wanted approval from the world.

All
the questions I had prepared, now a thing of the past, all I could feel
was worry for what these vultures(journalists) were going to do to an
already beaten down girl. I was frightened for her because right there
was a break or make moment and I wasn’t so sure at her prowess for
wriggling her way out of such tight situations.

30
minutes later, the show was over and Susan had apologized to Nigerians
for disappointing them. She aptly explained that we had the option of
hundreds of cameras while she had only her two eyes and could only see
what Prezzo had shown her which was that he was a good guy. At that
moment, I understood her pain and if we would all be honest, there has
been that one guy that we have been foolish over be it for a very short
period.

After
the press conference, there was a buffet served for everyone and Susan
was quickly whisked away for a photo session with the press. I knew I
wanted to speak with her, I just needed to tell her not everyone was mad
at her and that Prezzo was no good for her. I needed to tell her that I
still admired her videos because in my opinion her videos
revolutionalised the making of videos in the country. I wanted her to
know I was still her fan though I do not support her excessive show of
emotions, that I thought she had a beautiful soul and was a good example
of an African woman.

She
did after all have ample opportunity to have sexual relations with
Prezzo but declined. She was always cooking and never gossiped about
anyone behind them. It didn’t matter who was bringing the gossip to her,
she would never encourage it and for that, I admire her.

My chance came at the serving table when we bumped into each other
while trying to stack our plates with the exotic meals up for grabs. I
looked over at Susan’s plate, she had

dished
white rice and stew with a little bit of EBA on the side. I must admit,
I thought that was a pretty weird combination but as we have come to
know, nothing about the diva was the norm. My friend and I, we walked up
to her and I told her how much I was upset with her at first but how I
understand what she was going through and I could relate.

My
friend on the other hand told her she was incredibly disappointed and
most Nigerians including herself were irritated by her unsteady
emotional state. She listened to us, and smiled when we told her to stay
away from Prezzo because we liked her and knew Prezzo was bad company
for her. She nodded while we spoke, listening to us with rapt attention
and then just as we were about to leave, she reaches out and gives me a
hug. 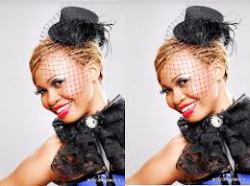 Our
encounter could not have lasted more than 10 minutes, but in that time,
I felt like I knew Susan, like we had been buds, like I could talk to
her, like we were friends. There was no air of superiority about her,
and even when some of the things we had to say to her were harsh, she
stayed, never taking her eyes off us and listened intently.

She left soon after but my friend and I hung around a bit and then we
came across one of Goldie’s voltron’s; Kenny Saint Best (KSB).

Talking
to Kenny gave us a broader perspective of Goldie. Apparently all her
crying bolts were no show, she was indeed a very emotional lady. Kenny
talked about her so fondly, and she promised us she would personally
shield Goldie from Prezzo. She said Goldie was kind, giving, down to
earth and very respectful, she didn’t need to tell us that though, we
saw it through the few minutes we spent chatting with her.

I know my last post was a direct diss on her attempt at a
reality show, but that does not mean I did not like her as a person.
When some of my contacts pinged me the day we all heard she had passed
on and asked why I was sad because I had dissed her a couple of days before, I promised to delete the previous post but I have decided against it.

I still do not support Tru Friendship, and I may never come around, but
I miss Goldie as a person. I wish I had hugged her tighter that day,
had been nicer. I wish I had taken a picture with her, I wish I had made
her feel just a little bit better about herself. I mourn Goldie not
because I knew her personally, but because she really was a sweetheart
and it just hurts to lose someone that young and vibrant.

Adieu Goldie, fly on eagles’ wings, soar beneath the sun, let your
hair loose against the wind, you are free now, no more pain, just love,
joy and peace. Till we meet again….

Click to comment
Dangote Is Getting Richer, Nigerians Are Getting Poorer
Obasanjo’s Birthday: “Nigerians owe Obasanjo a debt of gratitude” – Jonathan
To Top