Dear KFBers, we have got loads of interesting stories for you on our Major headlines you missed today feature! Enjoy….. 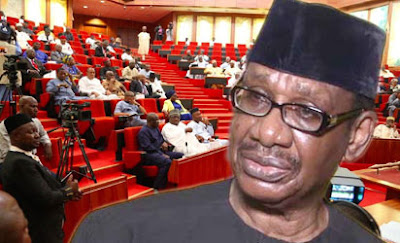 Remove Sagay Now, Group Urges Osinbajo
A pro-democracy group, National Committee of Yoruba Youths, NCYY, has called
on Acting President, Prof. Yemi Osinbajo, to remove the chairman of
Presidential Advisory Committee on Anti-Corruption, PACAC, Professor
Itse Sagay, for failure to declare his assets at the Code of Conduct
Bureau, CCB, in accordance with the law.

The group in a statement signed by its National President, Comrade
Oladimeji Odeyemi, stated that it had conducted a thorough but secret
search at the CCB’s office and was convinced that Sagay did not declare
his assets.

It said: “The consequences of this illegality is for Prof. Sagay to be
removed. We, therefore, give the respected Acting President Yemi
Osinbajo, who is a Professor of Law and a senior advocate, to put a stop
to this illegality within 48 hours.

“We also call on the CCB to within 72 hours thoroughly investigate Professor Sagay.”

“We are surprised and disappointed to find out that Sagay continues to
go to equity with soiled hands. He is the one who is loudest about the
anti-corruption fight of the government, yet he did not declare his
assets, the statement said. 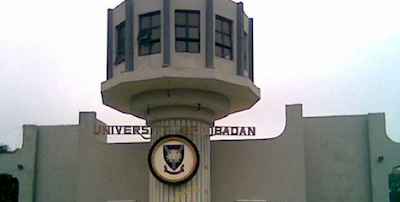 University of Ibadan worried over half-baked graduates
The Dean of Postgraduate School, University of Ibadan, Prof. Jonathan Babalola, has said
that there is evidence that many graduates of various universities in
the country lack proper knowledge of the subject they claim to have
studied.

Babalola, who spoke at the CARTA Graduate Advanced Seminar, organised
for doctoral students of the university’s Faculty of the Social
Sciences, said the trend had reached an alarming height, while also
calling on universities in Nigeria to take drastic measures to address
the academic deficit.

According to Babalola, evidence has exposed many postgraduate students’
inadequate knowledge in their areas of specialisation, adding that many
of them found it difficult to even defend the research projects they
claimed to have conducted before their certificates were awarded.

The don explained that the UI postgraduate school had set up a committee
to organise pseudo courses that would target certain students in order
to guide and tutor them on what to do in their areas of specialisation.

Also speaking at the event, the Dean of the Faculty of the Social
Sciences, Prof. Ayodele Jegede, noted that the seminar was organised for
enhanced capacity building for doctoral students.

He said that Nigeria needed well-equipped researchers to solve many of
the social challenges facing the country. According to him, looking up
to people who do not have the skills to generate data and analyse them
will add to the nation’s problem and compound its challenges.

Tompolo’s Kinsmen Threaten To Shut Down Chevron Operation
Graduates from Egbema and Gbaramatu Kingdoms, the hometown of
ex-militant leader, Chief Government Ekpemupolo alias Tompolo, in Delta
State, have threatened to shut down the operations of Chevron Nigeria
Limited in the area if it fails to convert its graduate
operator/maintenance trainees into permanent workers within 48 hours.

The graduates, under the aegis of KOMBOT-Egbema and Gbaramatu Graduates
Association, said they took the decision following the failure of
Chevron to convert them into full members of staff after completing
their 18-month graduate training programme with the oil giant.

In a statement
signed by their President and Secretary, Mr. Yabrade Moses and Asoki
Victor Warebi respectively, on Monday, the graduates lamented that after
the completion of their programme they were still being retained as
trainees when they ought to have been converted into permanent workers
in line with the terms of the programme.

The statement read in part, “We, the undersigned for and on behalf of
KOMBOT-Egbema & Gbaramatu Graduates Association, wish to
emphatically state that Chevron Nigeria Limited should within 48 hours
confirm the VTP5/OTP2, VTP6 Operator/Maintenance Trainees of Chevron
Nigeria Limited as permanent workers or face a mass action that might
cripple their operations in Egbema and Gbaramatu kingdom which are host
to the CNL.

“The trainees are since overdue for conversion to permanent workers
after 18 months of training, rather they are still being retained as
trainees on the job as a means of cheap labour, for the past four years,
which is totally unacceptable to us.

“The trainees should be regularised as soon as possible to avoid the
inevitable danger awaiting Chevron Nigeria Limited due to the company’s
management nonchalant attitude towards the reclassification of the
trainees as members of staff, the non-intake of the 2014 awaiting batch
and other crucial employment issues.”

It noted that the leadership of Egbema and Gbaramatu Kingdoms had
written several letters and met with the management of the company on
the issue but Chevron was rather interested in keeping the youths for
cheap labour instead of being given full employment.

“It is on record that a series of letters have been written and meetings
held with the CNL, government representatives and security agents as
regards the conversion of VTP5/OTP2 trainees and other employment issues
but the CNL kept mute and has instead converted those trainees termed
national from Agbami field to permanent members of staff long ago
leaving our indigenes as slave labourers.

“On this note, we are embarking on a mass action against the CNL in
solidarity with our brothers that are being used as cheap labourers any
moment from now. Except their conversion to permanent workers is
confirmed and our employment deficiency addressed within 48 hours as to
avert the impending action. The issue of contract extension should not
be mentioned again, if the CNL wants to maintain peace in their host
communities of operation,” the group added.

Reacting, the General Manager, Policy, Government and  Public Affairs,
CNL, Mr. Esimaje Brikinn, said the firm did not have any agreement to
offer permanent jobs to the trainees after the completion of their
training.

He said the CNL had reported the threat to its operations to the
appropriate authorities to safeguard its workforce and the communities
where it had operations.

“… At no time did CNL represent or guarantee that it would hire the
trainees at the time of graduation from the programme. The trainees are
contracted by the training provider, Prime Atlantic Cegelec Nigeria
Limited, and each trainee has a contract for an on-the-job-learning
trainee position at a CNL production facility.” 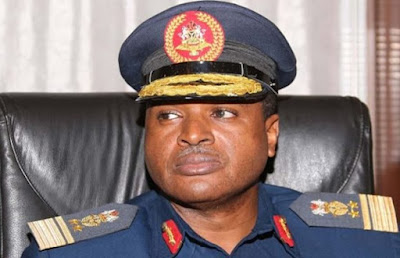 A civil rights organisation, Campaign Against Military Impunity, has
raised the alarm over alleged recruitment scandal in the Nigerian Air
Force.

The organisation alleged that the Chief of Air Staff, Air Vice Marshal
Sadiq Abubakar, had compromised standards in the recruitment exercise
for non-commissioned officers from the core North.

“Presently at the Airforce Base in Kaduna, there is ongoing pre-training
formalities and tests for successful recruits, where 80 per cent of
them are Northerners”, CAMI said.

Daily Post reports that ,Executive Director of CAMI, Victor Coker, told
journalists in Abuja yesterday, that the government should carry out an
audit of the exercise and courses going on in all the military training
institutions.

“To unravel this misnomer, there should be an audit of the courses going
on in all the training institutions. The audit should look at the
composition and last three batches of those in training”, he stressed.

“They
were supposed to take 68 persons in each state; but after the normal
recruitment, the Chief of Air Staff now brought over 2,000 names spread
across the core Northern States.
“Out of this figure, only 30/40 was
given to the South. This is not the first time it is happening. Such
things have been done in DSS, EFCC, and even police, Army and the Navy.

“We keep on preaching One Nigeria, One Nigeria. But behind the empty
slogan of One Nigeria lies bare-faced hypocrisy and grand design to
sentence part of the country to perpetual slavery.”

According to
him, Northerners have been so smart to shortchange the entire South even
during previous population census exercises conducted by the National
Population Commission (NPC),
“How can the desert be more populated
than the tropical rain forest? This was how the population census was
done before independence”, he queried.

He said,
“I think it is most advisable that the list of the people
recruited should be made public first. Then, those making the claims can
painstakingly go through the list.
“If there is any state that is
not fairly represented, then, let them raise the alarm, rather than be
speculating. A list is not yet out, yet people are speculating that the
North has been favoured.
“Don’t forget that each state should be
fairly represented. If you have certified people and everybody in a
state are not medically qualified, are you going to disregard everybody
in that state?
“We operate with the highest standards and we do not compromise on standard, either medical, physical or academic.”