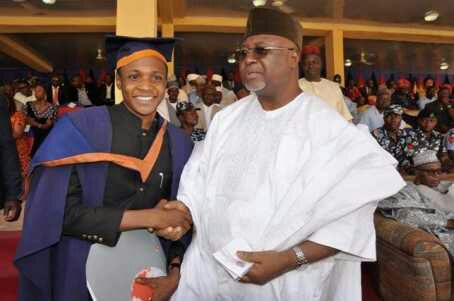 The Internet was abuzz on Saturday after
the story of a student, Hillary Agbo-Odeh, who graduated with flying
colours against all the odds, went viral.
According to an online medium, Idoma Voice,
30-year-old Agbo-Odeh completed his Psychology programme in Benue State
University with a first-class degree after no less than 17 failed
courses as an undergraduate. 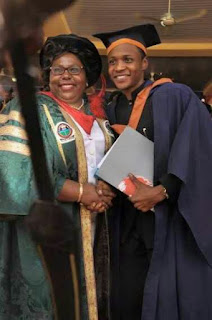 The Idoma native reportedly completed
his secondary education in 2003 before applying for a pre-degree
programme at BSU in 2005 with the hope of studying Medicine and Surgery.
Though Agbo-Odeh was said to have
emerged as one of the best in the remedial programme that year, he was
offered admission to study Physics instead.
It said, “In frustration, he took the
plunge and settled with the Physics (programme) he was offered with
little interest in the course. He struggled with the course due to lack
of interest. It wasn’t surprising at all that he could not cope with
studies as frustration and depression set in his academic pursuit.
“Agbo-Odeh was at his lowest ebb in his
final year when his 300-level result was published. He was at the bottom
of his class crawling with 17 carry-overs; he was placed on probation
by the school authority. He became the subject of mockery in the school
among his colleagues.
“Hilary came to a decision point: ‘Why
stay here and be withdrawn?’ He told himself the hard truth, it was time
to move forward regardless of the storms.”
The online medium added that Agbo-Odeh
then picked a new form for the Joint Admissions Matriculation Board
Exams and applied for Psychology, which he considered to be closely
related to Medicine.
“By the second semester of his final
year (as a Physics student), the JAMB admission (list) was out and he
was admitted to study Psychology. Hence, he withdrew from the Physics
Department and started a fresh academic journey in the department of
Psychology.
“The young resilient Idoma boy from
Ohimini, the worst student in Physics, with 17 carry-overs to his name,
would graduate from the Psychology Department of the same university
with a cumulative grade point average of 4.57.
“His outstanding performance broke many
records in the university, including the pioneer first class in the
Psychology Department since the university’s inception in 1992. He also
became the overall best graduating student of the 14th and 15th combined
convocation of BSU held on January 17, 2015. His exploits came with
several rewards, he bagged seven academic awards including the Tony and
Awele Elumelu Prize for Excellence.”
FG begins the process of restarting international flights

We get death threats over Headies — Ayo Animashaun
How I Left N600m in PFN Account’, secured a land and built a 4-star hotel for CAN – Pastor Ayo Oristejafor
To Top