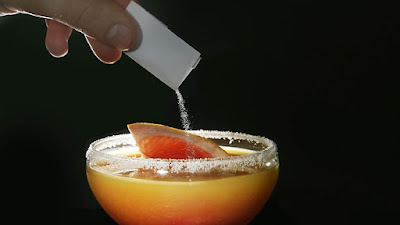 The Police have accused a 46-year-old
woman, Victoria Alaegbu, of attempting to kill her fiancé and stealing
his 1.5 million dollars cash, equivalent to N295.5 million.

Alaegbu, whose address was not given, was arraigned Wednesday at an
Igbosere Magistrates’ Court in Lagos on a five-count charge bordering on
conspiracy, attempt to kill, stealing, unlawful detention and
possession of a fake document.
Prosecuting Sergeant Nicholas Akpene told the court that the defendant committed the alleged offences on December 13, 2015, at 8:30 p.m, at Ojora Road, Ikoyi, Lagos.
He alleged that the defendant attempted to kill one Prince Hillary
Unachukwu by administering a noxious chemical substance on him.
It was also alleged that the substance administered on Unachukwu knocked him out from 8:00 p.m to 12:00 midnight, which gave the defendant time to steal his $1.5 million, equivalent to N295.5 million.
The prosecutor further alleged that after taking Unachukwu’s money,
the defendant locked him up inside his apartment with a padlock.
He then alleged that when the noxious substance administered to him
gradually wore off and Unachukwu awoke, he was too weak to free himself
from the unlawful detention by the defendant.
The prosecutor also claimed that the defendant was unlawfully in
possession of a SIM card with number 07087773669, without properly
registering the number with her name and address.
He added that the registration of the sim card was done with the intent to commit fraud.
The defendant, however, denied all of the charges.
Magistrate S. K. Matepo (Mrs) granted the defendant bail in the sum of N5 million with two sureties in the like sum.
She ordered that the sureties must swear to an affidavit of means,
show evidence of tax payment, and one of the sureties should be a blood
relation of the accused.The case adjourned till February 10 for mention.
Court revokes Maina’s son’s bail, orders arrest

Toolz and Tunde Demuren hold private pre-wedding dinner with OAP Gbemi & other intimate friends; the Olumofin brothers not invited (All the photos)
Spoil your King/Queen this Valentine: Get customized caps from Eradu Clothing
To Top