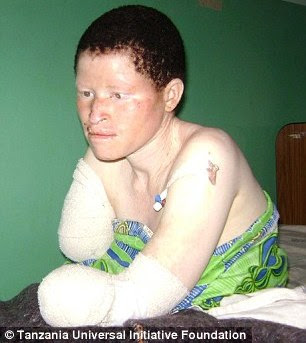 Found this disturbing report on UK Daily Mail.
Did you know Tanzania has the highest number of killings and attacks of albinos in Africa and
trade in body parts of the special people is driven by belief that they
bring luck and wealth. 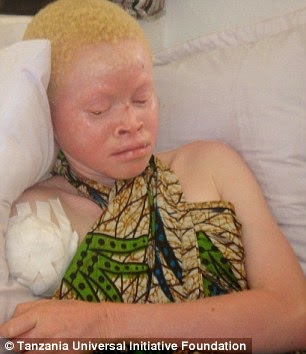 Tanzania’s
albinos are being ‘hunted down like animals’ as greed for money and
influence drives families to turn on their own loved ones in a trade
allegedly fuelled by some of the country’s most powerful people. It is
believed albino body parts will bring a person wealth, or luck – and for
that, people are willing to pay as much as $3,000 or $4,000 for a limb,
or as much as $75,000 – about £50,000 – for the ‘full set’, a whole
body. 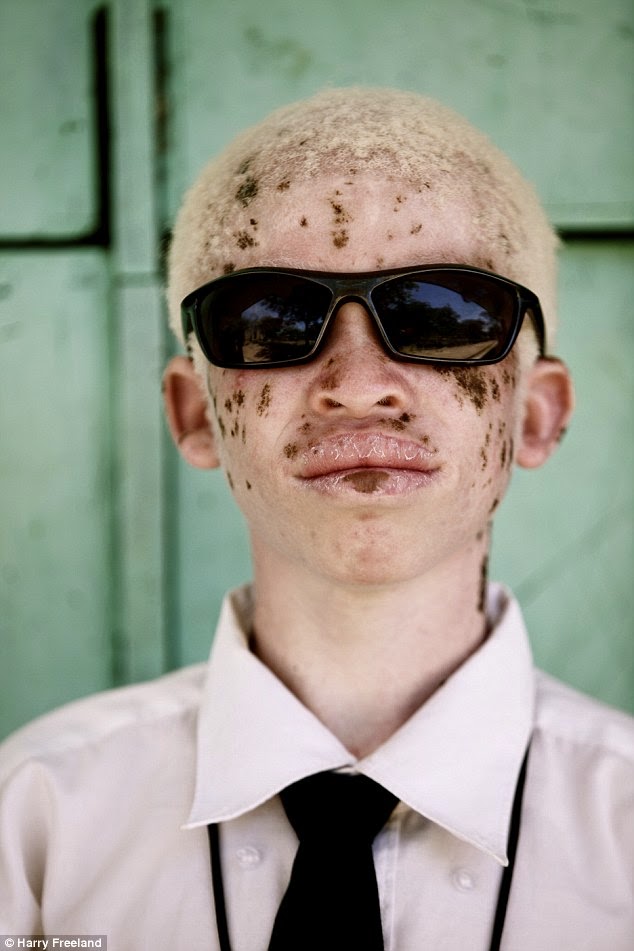 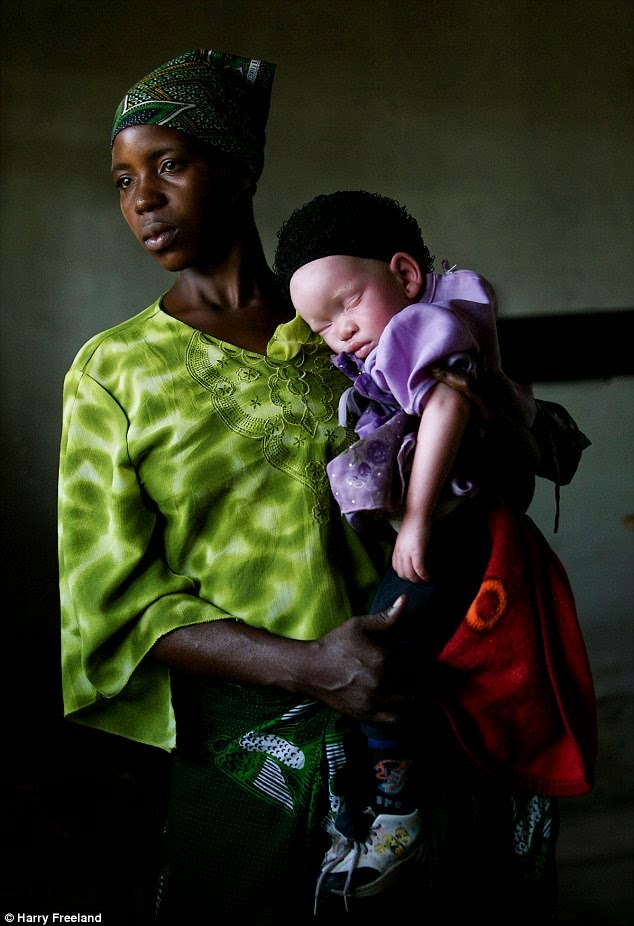 People
with albinism are regularly attacked by people who chop their limbs off
– an act which either leaves them severely mutilated, or dead.
Albinism,
a hereditary genetic condition which causes a total absence of
pigmentation in the skin, hair and eyes, affects one Tanzanian in 1,400,
often as a result of inbreeding in remote and rural communities,
experts say. In the West, it affects just one person in 20,000.
Since
people began collecting records of the attacks, there have been 74
killings and 59 survivors of attacks. Even the dead are not safe: 16
graves have been robbed.
And these are only the recorded cases.
The most recent case saw four-year-old Pendo Emmanuelle Nundi abducted from her home in December.
Her
father and uncle were both arrested in connection with her
disappearance, but – despite rewards offered of £1,130 and promises of
swift action from the police – she has not been found.
Charities
working in the area do not hold out much hope she will be returned
safely, but – listening to survivors’ stories – it is likely her end is,
or will be brutal. 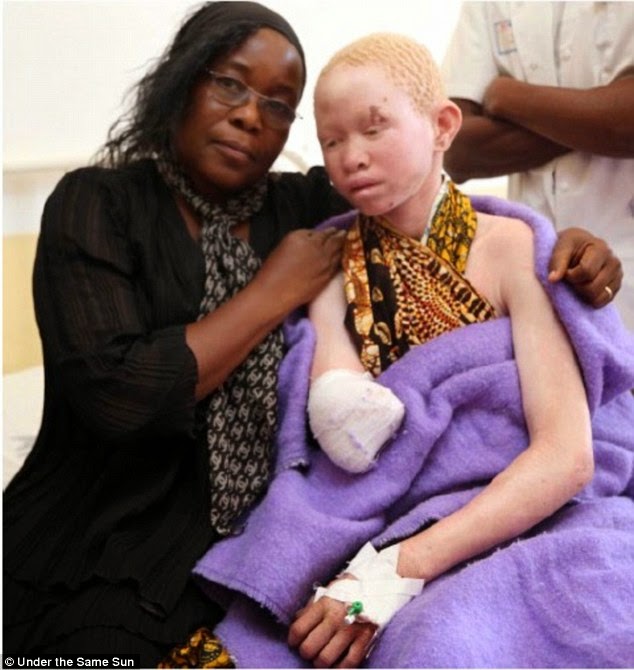 Mwigulu Matonange was just 10 when he was attacked by two men as he walked home from school with a friend.
They chopped off his left arm, before disappearing back into the jungle with their ‘prize’.
‘I was held down like a goat about to be slaughtered,’ he told IPP Media after the February 2014 attack.
In Mwigulu’s case, the two men were strangers: he had never seen them before.
But
it is understood suspicion turned on Pendo’s father after he took
half-an-hour to report her abduction, despite there being neighbours who
could have helped as soon as she was taken. 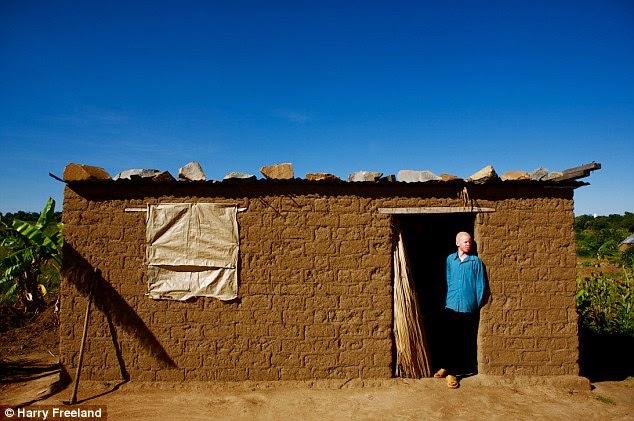 It
is not just parents. A 38-year-old woman with albinism was attacked
with machetes by her husband and four other men while she was sleeping
in February 2013, according to a UN report.
Her eight-year-old daughter watched her father leave the bedroom carrying her mother’s arm.
Those
living with albinism in Tanzania fear the lure of making a couple of
hundred dollars – three times the minimum wage earned in the country –
is placing them in danger, even from their own families.
‘Now
we can see the parents who are involved in planning the attacks. What
kind of war are we fighting if parents and family do this? Who can we
trust?’ Josephat Torner, who campaigns for albino rights, asked. 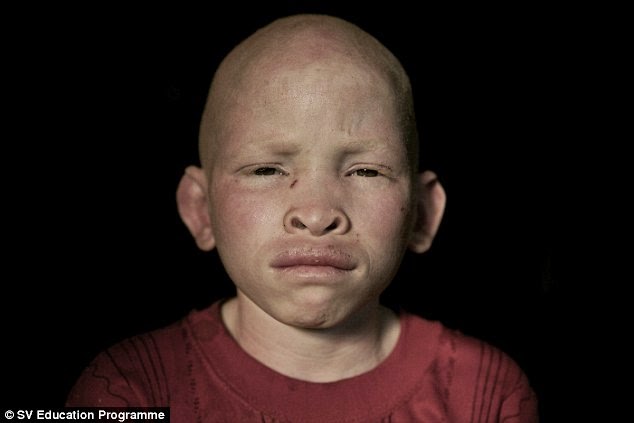 ‘You do not know who is your enemy.’
Josephat,
who himself is albino, added: ‘People with the albinism are being
hunted and killed for our body parts. It is because people want to
become rich.
‘We are still
living in danger. It is because people, they have different ideas. Some
people, they are thinking they should get our body parts and sell to
different places.
‘The question is, why? Why now? And who is behind the killings?’
Exactly who remains unknown.
But
Josephat – who has received death threats for his work, and was
attacked in 2012 – said: ‘The big fishes are behind the issue. It has
been really a big discussion. If I say big fish, or big people, it is
those who have enough resources, enough money.
‘People sell the body parts for high prices. So it is not really small fish behind it.
‘It could be politicians. It could be those people.’ 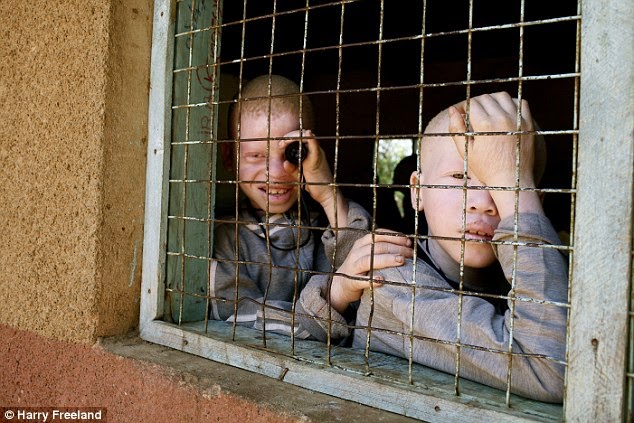 There
are, campaigners know, times when more albino attacks take place. And
they know, with the general election coming up in October, now is one of
the most dangerous times to be an albino.
The UN warned political campaigners were turning to witch doctors to help them win election back in August.
‘People with albinism are hiding while there are elections,’ said Peter.
Josephat added: ‘This year we are going to have an election. Since last year, we have been seeing attacks and killings.’
Already, there has been a noticeable increase.
Over
the course of just 11 days last year, there were three attacks and two
attempted attacks on people with albinism in Tanzania.
One
man, thought to be in his early 20s, was found lying dead, his body
mutilated, in the grass by some schoolchildren in a suburb of Dar Es
Salaam.
The next day, a mother-of-seven was attacked in the Tabora region of Tanzania, losing her arm.
A few days before, 15-year-old Pendo Sengerema was attacked as she ate dinner at home with her family.
They hacked off her right arm just below the elbow, before running off into the dark.
According
to Under the Same Sun, a witch doctor had received an order from a
wealthy client indicating that if Pendo’s arm could be provided, it
would garner a price of $600.
The attack left Pendo terrified, begging to be sent away from her village.
‘I am asking the police to move me to a safer place and protect me because bad men might come back to kill me,’ she pleaded.
These
‘safer places’ are the centres set up around the country, where large
number of people with albinism are living behind high walls for their
own protection.
The camps were established after the first high profile waves of attacks, a knee-jerk response to a terrifying situation.
‘It was supposed to be a short term solution,’ Peter said. ‘But there was no long term plan.’
Years later, they still exist – and now are not just for children: adults are kept behind the camps’ high walls as well.
‘Children who are there, they are living there maybe for seven years without going back to their families,’ said Josephat.
‘At
the end of the day, families or communities do not want to allow them
to go back. These children are growing up without any parental care.’
‘If
you ask the community why now are they forcing their children to the
camps, they are saying it is where they belong. But we are not for the
camps: we are for the community.’
Aliko Dangote drags Ex Girlfriend to Court for exposing his buttocks…