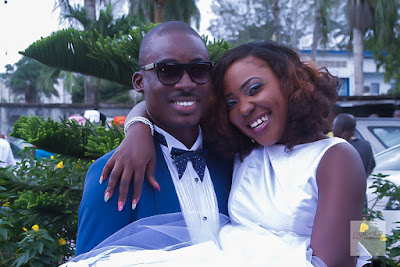 It’s the last day and Monday in the month of August and we have got a fascnating love story for you!
Newly weds Mayowa and Ayorinde are our couple of the week and we love how much they love each other 🙂
They found love in 2007 and exactly 8 years after, they got married in Lagos.
If you are familiar with Bollywood movies (like me), then their story will thrill you.

According to Mayowa, the birth of her niece kinda brought them together.
“I would say my niece brought us together, my sister put to bed and i went over to her place to stay, unknowingly my future hubby works opposite their house. “ 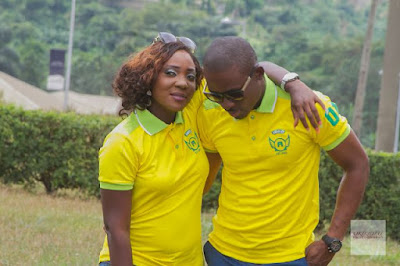 Just like in the movies,  he would stare at her whenever she was walking with her niece and doing domestic chores and Mayowa soon noticed him.
“Well, it got to a certain period whereby i would also look out for him if he was staring. There and then i believed the romance in high school movies was happening to me.” 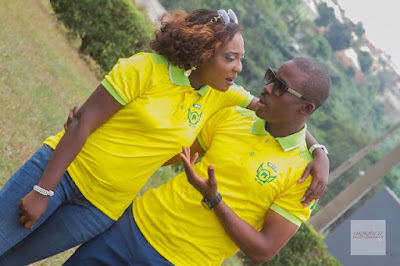 At times, Mayowa would purposely look out for him, walk pass him and exchange glances with him…for a while, they played the “let’s see who will talk to who first” game until one special noon.
“That very special day I took my niece out for a walk and he walked up to me and said hi, i was dumbfounded for a moment but the lord returned my voice to respond“
Afterwards, the “who talks to who first” game advanced to the “Hi, hello” level until “this particular day I was on my way home from church with my mum, and suddenly moved my eyes backward to where i was coming from and behold it was Ayo sitting in a commerical bus and starring at me. Sincerely i really couldn’t fathom how he spotted me in a very busy and crowdy place, however the Holyspirit moved me to say hi to him and he responded, thereafter the wooing started. “ 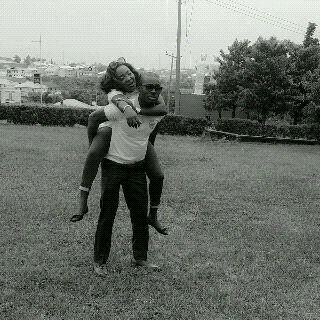 He got Mayowa’s phone number and would wake her up with sweet and romantic words of love that were beyond ah-mazing!
Sometimes, they would listen to each other’s heart beats on the phone just like Olitz in Scandal…how romantic!
After the ‘I like you alot, let’s hang out’ game which went on for six months, Mayowa decided to say yes and be his girlfriend. 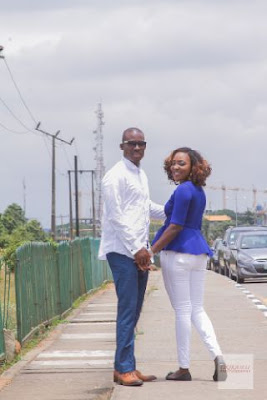 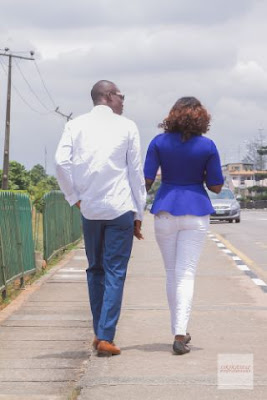 Their proposal story
“He proposed to me on my birthday last year, it was a surprise package. On October 6, 2014, he called me and wished me happy birthday and asked if we were going to see that day.”
Of course, Mayowa’s joy knew no bounds!
“I was happy because it’s my day and I would be spending it with him because he wasn’t around the year before.”
Later that day, Mayowa went over to his place and she was surprised to see his friends and hers too, she was surprised. She wasn’t expecting the surprise party. She had thought it would be just the two of them, probably do a dance and have a romantic date, lie in each other’s arms and all but lo and behold, the surprise party!
She soon got over the surprise and after exchanging pleasantries and hugs with everyone, she went into the kitchen to serve herself some of the  Jollof rice and chicken he had prepared.
“Within a twinke of an eye he was on his knee saying all manner of things…at that moment i felt like what’s all this drama for now. I kept on starring at him…as he was talking his friends were like ehn, ehn, hmm, and there and there o i saw a shinning box with a ribbon on the top and i was like it’s a lie it’s a lie, it’s a lie…”
Interestingly, Mayowa’s ‘it is a lie’ ‘statement soon changed to ‘yes, yes, yes, yes’ like Daniel Bryan would say in his wrestling games.  Ayo slipped in the ring into her finger and everyone began taking photos and updating their blackberry and other social media display photos.
Oh, just so you know Mayowa had to kill her pride for their love to grow
“It has being God all through….and I have been
prayerful. I realized the importance of being a woman. You see, I am
from a family of five girls, I am the last born and my sisters are all married. I looked at the happiness
they all found in their homes and how it was achieved, and the pride aspect
was demolished.
Initially i was taking him for granted, it was always either my way or nothing, I knew he loved me so much and couldn’t do without me, plus I am a fine girl but there was a day we went to a
friend’s function and this lady walked up tom me and asked me do you know
that guy and am like sorry who. to my greatest surprise she pointed at
my bf, at first i was shocked and it took me few seconds to regain
myself, there and then i realized i was not doing something right, i
said to myself if a lady like me can  walk up to me and ask me such then
he is human and has got blood runnning in his vein, it triggered me to
amend so many things and make him happy just as he does to me. ” 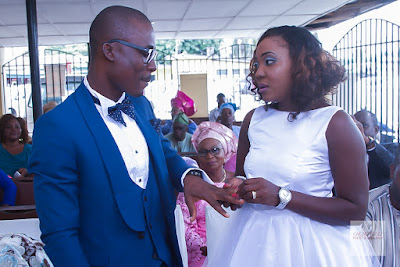 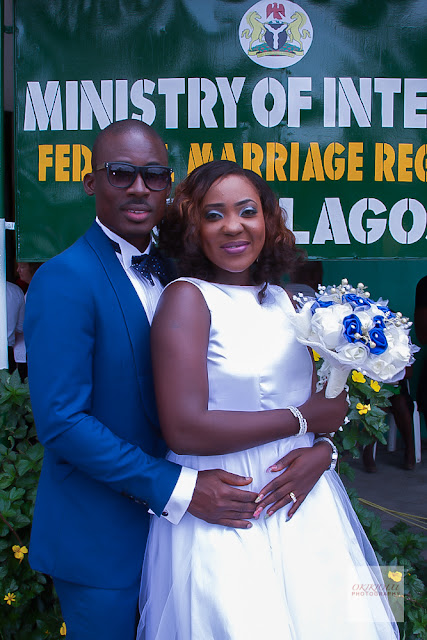 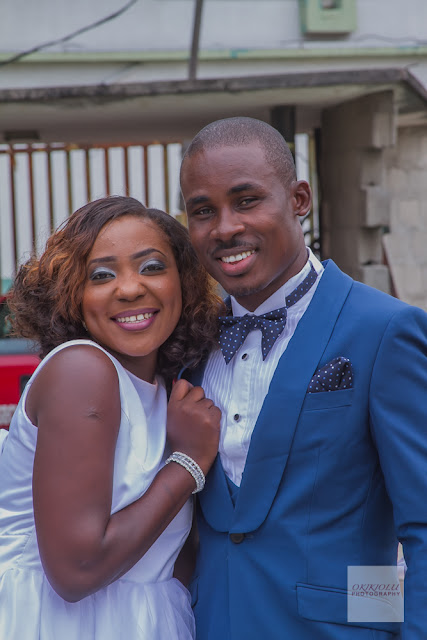 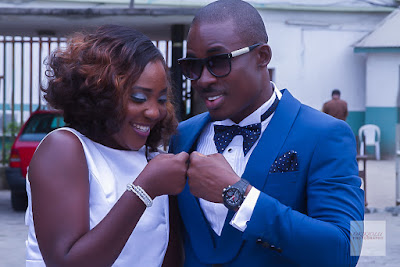