Happy Monday, Kfbers, we trust you had a fab. weekend like we did!

Biola and Tunde are our couple of the week. They got married on Saturday, August 15 and yes, they have got an ah-mazing story.

What makes their story even more interesting is their very ‘techy’ proposal, which happened via a customized app.

I remember vividly, it was on a Sunday and notably it was the birthday of my wing-man’s then girlfriend May 27, 2012. We were meant to all turn up and since birthday girl was a Unilag girl with enough pretty friends, yours truly showed up with hope of getting lucky.

The celebration started off as parlour party, and from the moment I saw her entering, chatting away with her friends I knew this was the babe I came to this place for. I checked her out from distance for over an hour. Then I tried mind control on her. She still didn’t look towards my direction *whew*.
After about 2 hours, the birthday girl’s 15 year old niece came to me that I should point at any girl in  the party I wanted to be introduced to and she will do it for a fee (please don’t ask me how much but the deal was sealed ASAP).
After I got the ‘introduction’, my luck came to a halt, Babylet refused to dance with me, claiming she couldn’t dance while other dudes were getting her up for a waltz. (she took her shakara to the next level). The party moved venue to a bar, I still was not getting any more luck with her so I gave up briefly and switched to caressing my Hennessy. But as the saying goes ‘9ja boy no go carry last lol’, so I went back to her and cajoled her till she gave me her pin just as she was leaving the party (at all, at all na him bad).

I thought I had achieved a major move but the 3 months before she finally decided to give us a trial wasn’t smooth. She was determined to friend zone me, she turned down dates, getting out of friend-zone despite countless rhymes was no easy feat (trust me I wasn’t seeing any green light).
At last when I was just about going to my Jazzman for refund, (lol)I called her up this day August 28,I can’t remember the lyrics I said that day but I finally broke through all the resistance.(whew). Ever since I have been on my ace game and we have been waxing stronger every year.

How we met (by the  bride)
First I am grateful to God for the gift of Babatunde – my friend, gist partner, nigga, lamba mate , confidante, adviser and love.
We met at a friend parlour birthday party in 2012, which happened to be children’s day. Honestly I didn’t want to attend the party because it was on a Sunday coupled with the fact that rain fell but my friends kept calling, so I had to get up from bed.
When I got to the party, Schatz (it’s a German pet name I gave him) was already there with his friends, they were all seated and gisting. So when I walked in he noticed me then sent the birthday girl’s niece to come get my number promising to pay her *smh*. So the little girl came to relay the message. But you know how we ladies are, that was when I started shakara, I danced with other guys at d party but I didn’t dance with him . Then the party shifted to a bar but it was already getting late so I left almost immediately. As Schatz saw me leaving, he ran after me and I gave him my pin.
He was always buzzing me but I didn’t give him attention, I was replying his messages with ‘lol’ , amidst the ‘lol’ I realized he’s actually a cool guy, so I decided to give us a trial..
On the 14th of February 2014, he asked me to be his wife.
We have had our fair share of arguments, quarrels, (you don’t even want to know) and generally not so good times, but we have come out of each other stronger and I have never for once second faulted my decisions to be with him.
Schatz, I want you to know I really appreciate our friendship, fights, above all love. Folahanmi ‘temi’ nikan thanks for tolerating me because I can be handful.

TV host, Frank Edoho reveals what Nigerian youths are passionate about, insists they are not ready for a better Nigeria

Proposal story (by Tunde)
Of course Proposing on Feb 14 is cliche, so I had to make sure
this was memorable for her since thats what I planned to do. Just around
Christmas I had her look at some rings online under the guise that my
friend was looking for a ring to propose to his wife and i need her to
pick what she thinks is the perfect proposal ring ( of course she only
fell for the scam because she knew the said friend was really looking
for a ring to propose with).

I also had a genius programmer friend of mine develop an app that
will pop the question on her phone once i trigger it with a text from
mine ( as a baddo i cant shout let the phone do all the work*wink*) Next
I surmounted the task of installing the app on her phone without her
knowledge which was not an easy task trust me (if u doubt me, try taking
your babe phone from her for 30 minutes with no excuse).
On February 14, 2014, we planned to have dinner with some friends
and family. We got to the restaurant late,the place was quite crowded
and the service was poor on that day,Food arrived late, waiters that
were meant to form a train in other to brace up my liver were too busy.
Just before midnight when I was sure she had enjoyed what she thought
was our planned Valentine dinner, I stood up pretended as if i was going
to the toilet and texted her to initiate the app on her phone.
As she was reading those four word questions displayed on her
phone with the option yes or no, I got on my knees with the ring she
picked unknowingly in my right hand( I was feeling like a silver knight .. Lol).

When she realized what was happening, shawty left me on my knees ran like 100 miles in the restaurant screaming “Jesus !Jesus!its a lie! .When all eyes was getting on us, she came back changing the lyrics to YES YESSS YESSS YESSSSSSSSS.
When she pressed the yes button on her phone, it automatically
sent text messages to some of her close friends numbers I already
installed in the app relaying the news

Proposal story (by Biola)
Well, he already said it all .. Lol .. You can hardly catch me
unaware .. I am always at alert but he succeeded in keeping this from
me. The app installation was very tricky , I didn’t even suspect a thing
because he knows I am obsessed with my phone and how he got my friends
numbers still baffles me.
When d text came in I thought he was calling me because he used d
same tune as his caller tune so I was like (guy y are u calling me, am
right beside u) not until I checked d phone, I don’t know what lifted me
out of my seat as I ran away from the table Cus proposal was d very
last thing on my mind dat night.. Lol.. I left him kneeling down o and
of course .. I SAID YESSSSSS 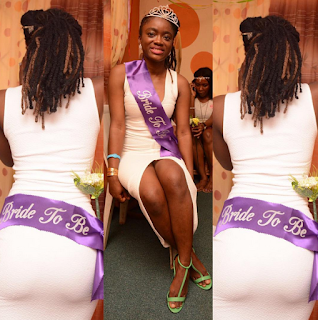 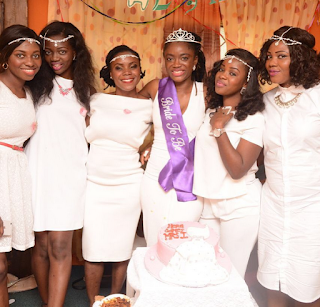 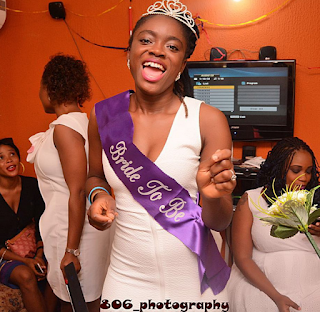 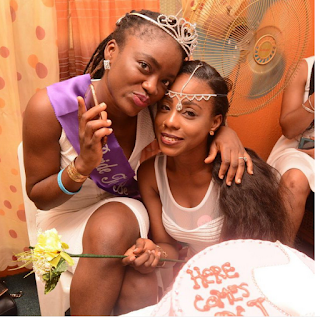 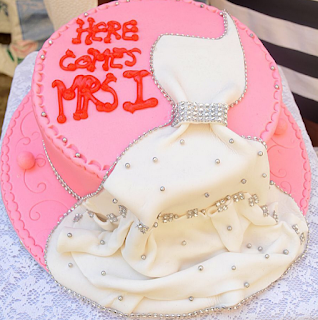 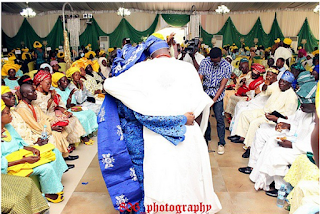 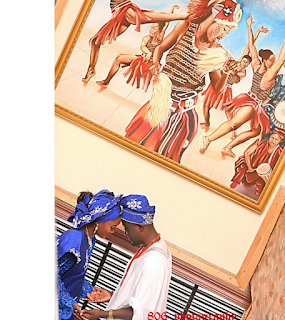 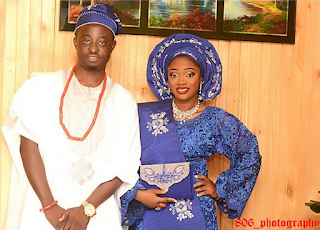 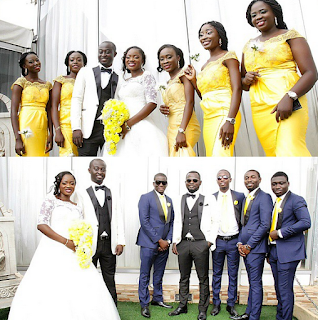 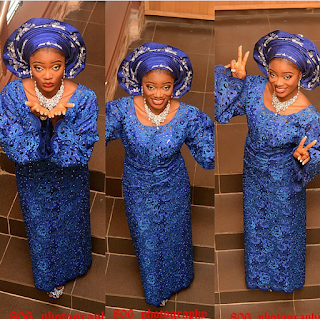 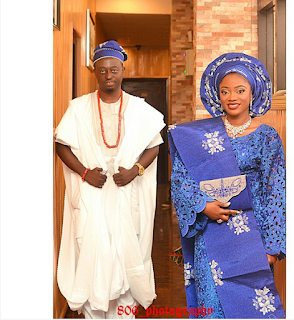 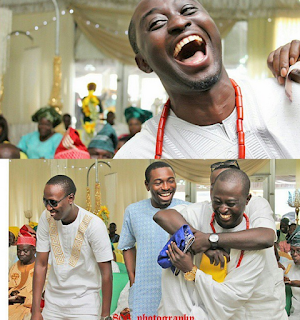 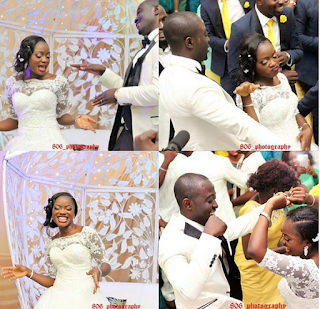 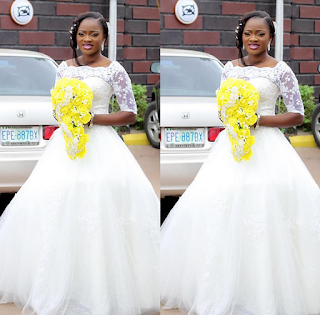 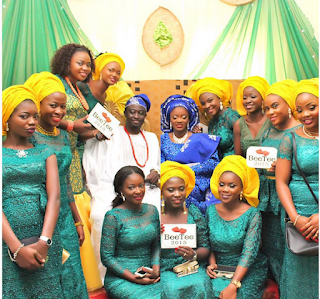 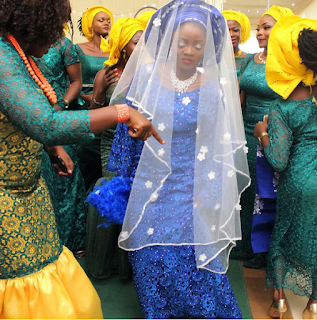 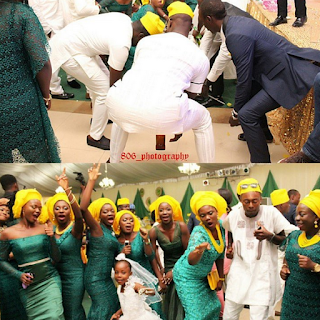 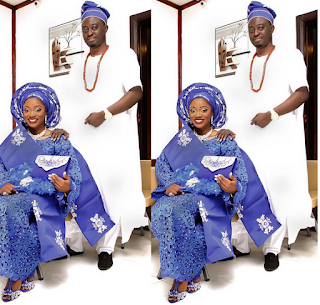 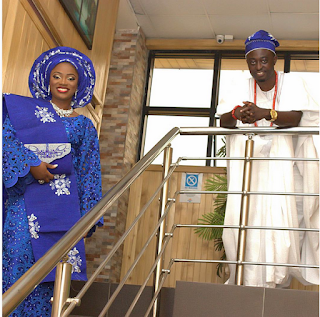 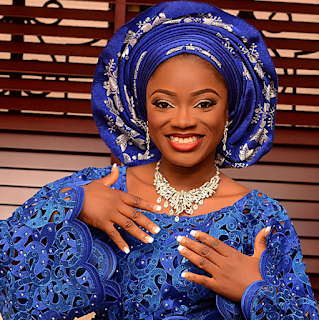 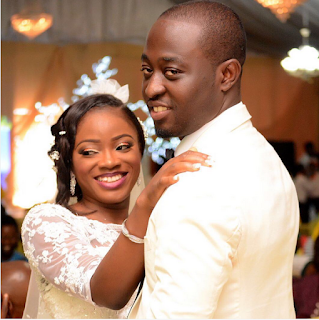 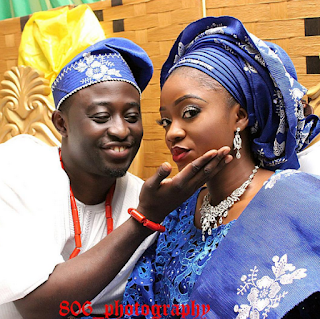 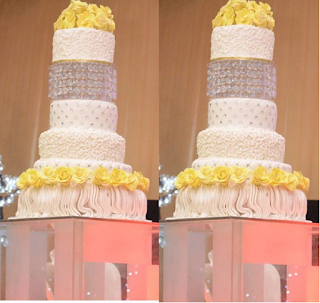 We wish Biola and Tunde a happy married life!