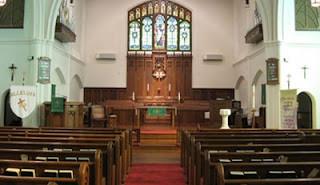 “If Jesus had come today instead of 2,000 years ago, Christian pastors and bishops would also have killed him.”

A man travelling from Jerusalem to Jericho was attacked by
armed-robbers, stripped of his belongings and left lying on the road
half-dead. God’s providence ensured that first a priest, and then a
Levite, passed by. But instead of helping the dying man; both of them
quickly moved to the other side and went away…

Finally, a Samaritan came along. Unlike the priest and the Levite, he
had compassion on the injured man, bound up his wounds, took him to the
hospital and paid for his medical expenses.The Good Samaritan
Jesus’ story of the Good Samaritan is very deliberate. It is incredible
how, as Christians, we still fail to understand its full implications.
The first mistake we make is in the identity of the Good Samaritan.
When we situate the story in the contemporary setting (as we should with
all scripture), we assume that the Good Samaritan is a Christian.
However, Jesus deliberately excludes that possibility by providing two
characters clearly representative of the Christians of today. The
priest is easily identifiable as today’s pastor, while the Levite is
easily today’s Christian layman.

Who then is the Good Samaritan? Let me repeat this for emphasis: the
Good Samaritan cannot be a Christian. The Christian is already
adequately represented. The Good Samaritan is Jesus himself. Jesus’
story eloquently sets forth the goodness and kindness of Christ our
Saviour towards sinful, miserable and defenceless humanity. The thief
came to steal, kill and destroy, but Christ came to give life and to
give it abundantly. (John 10:10).

Jesus killers
By the time some Jews observed Jesus, they assumed he was not a Jew. In
the first place, he refused to be a disciple of Moses but claimed
instead to have come to fulfil the law. He did not obey the letter of
Jewish laws but claimed to comply with its spirit. He insisted
pharisaic religious tradition was old wine which could not be put into
the new bottles he provided for the new wine of the New Testament.
(Matthew9:17). He prefaced a lot of his sermons with the statement:
“You have heard that it was said to those of old… but I say.” (Matthew
5:27-28).

Therefore, some Jews insisted Jesus was not Jewish. As a matter of
fact, their position was that he was a closet Samaritan: “Then the Jews
answered and said to him, “Do we not say rightly that you are a
Samaritan and have a demon?” Jesus answered, “I do not have a demon;
but I honour my Father, and you dishonour me.” (John 8:48-49). Note
that Jesus did not contest the charge that he was a Samaritan. But he
took great exception to the allegation that he had a demon.

But if Jesus identified with the Samaritans and not with the Jews, then
it becomes clear he would not identify with most of the Christians of
today. In fact, let me be so bold as to say that if Jesus were in the
flesh today he would not be a Christian. If Jesus had come today
instead of 2,000 years ago, Christian pastors and bishops would also
have killed him. Like he did our forefathers, Jesus would also have
exposed our ungodliness to public ridicule.

Religious irrelevancies
So if Jesus would not have been a Christian, what would he have been?
He would have simply been Jesus without any specific religious
affiliation. Today, Jesus has been replaced by theology, but the real
Jesus was not religious. Jesus established no religious institution
when he was on earth.

When Jesus asked the lawyer to identify the neighbour of the man who
fell among thieves, the man wisely did not say it was the Samaritan. If
he had said that, he would have been wrong. Instead, he correctly
defined him by his fruit. He said: “He who showed mercy on him.” He
who showed mercy on him could be anybody, Christian or non-Christian, as
long as he believed in Jesus and produced the fruits of his
righteousness.

Merciless Christians
What then does the story of the Good Samaritan mean if, indeed, the
priest and the Levite represent today’s Christians? It means that,
prophetically, it is the Christians of today who have no mercy. We
despise unbelievers, certain they are going to hell. We speak
disparagingly of them. We condemn sinners on grounds they are ungodly.
We stone them because they are caught in adultery. We fail to
appreciate that they are hapless travellers on the road of life who have
been attacked by spiritual armed-robbers and left for dead. We
conveniently forget that we used to be in the same position until we
were rescued by the grace of God.

Therefore, “God is not a Christian,” declared Reverend Desmond Tutu.
“We are supposed to proclaim the God of love, but we have been guilty as
Christians of sowing hatred and suspicion; we commend the one whom we
call the Prince of Peace, and yet as Christians we have fought more wars
than we care to remember. We have claimed to be a fellowship of
compassion and caring and sharing, but as Christians we often sanctify
sociopolitical systems that belie this, where the rich grow ever richer
and the poor grow ever poorer.”

One thing is certain. Both the offending priest and the Levite must
have had “compelling” reasons for not attending to the man dying on the
roadside. They probably could not stop because they were in a hurry to
attend a bible study. The priest decided that the best thing to do was
to pray for the man when he got to church. The Levite was hurrying to
get to a meeting of the Pentecostal Fellowship of Nigeria and could not
afford to be late.

Jesus’ parable “kills” the self-righteous believer who thinks he is
justified by calling himself a Christian and by going regularly to
church. He alerts us to the danger of assuming we are heaven-bound
because of our observance of certain religious rites. True Christianity
is not legalistic. The love of our neighbour is the emblem of our
being Christ’s disciples.

“Dear friends, let us practice loving each other, for love comes from
God and those who are loving and kind show that they are the children of
God.” (1 John 4:7).

he is the fellowship coordinator of Healing Wings.
Healing Wings is a pentecostal Christian fellowship which meets on Tuesdays and Thursdays.
(e-mail: [email protected])

5 Comments
#SomeoneTellKenya Nigerians and Kenyans yab each other on twitter (hilarious rants)
Wedding Cancelled In Ekiti State As Bride Refused To Turn-Up For Church Service…RUNAWAY BRIDE!
To Top