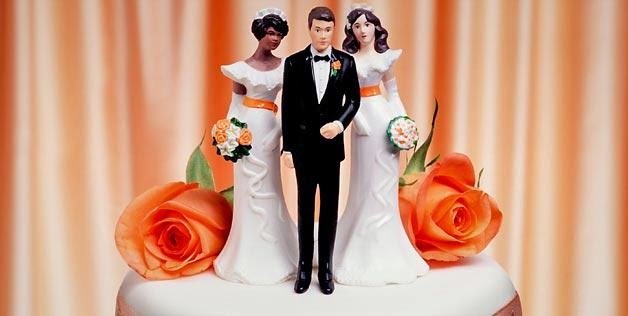 The biblical
prediction that in the last days, seven women will cling to one man
seems to be playing out already as three women, Joy Morkoha, 37,
Blessing Ugboh, 26 and Tina Osakwe, 25 have been remanded in prison for
fighting in public over a man.
Their fate followed the orders of  Mrs F.O. Abegunde of the Ijeshatedo Magistrates’ Court, Lagos, western Nigeria.
They were arrested by the police at Shobowale Street Ilasa, Lagos and charged with disturbing public peace.
PM News reports that Folarin Tayo, the man at the centre of the fight between
the women, was reportedly dating the three women secretly without any of
them knowing.
This continued for sometime untill they got to know and could not bear it.
A quarrel broke out among them when they discovered and each of them wanted to have Tayo to themselves.
A
suggestion by one of them that they should continue their secret
relationship with Tayo was rebuffed by two other women who insisted on
having him to themselves.
This resulted in a fight
among the women. They injured one another during the fight before a
police patrol team intervened and took them to Olosun division where the
police attempted to settle the matter amicably.
The effort of the police also yielded no positive result as each insisted to have Tayo.
Consequently, the women were charged to court for the alleged offence under the Criminal Code.
They pleaded not guilty to the one count  charge.
The presiding Magistrate, Mrs F.O Abegunde granted them bail in the sum of N50,000 with one surety in like sum.
The suspects were remanded in prison custody pending when they will fulfill their bail condition.
The matter was adjouirned till 16 June 2014.
Obaseki's wife reacts to Edo crisis, says darkness can't overcome light