Over the weekend Benedicta, the babymama of controversial OAP , Daddy Freeze, had her birthday – 40 and fabulous – and the birthday dinner was held at the Southern Sun hotel in Ikoyi.

The couple, who are both divorced celebrated with their five children, four of who belonged to Elechi’s former husband and the three-year-old son, Jason, she had for Daddy Freeze.

The controversial couple became an item publicly in 2015 when the acrimony between Daddy Freeze and his estranged wife, Opeyemi Olarinde, who had two kids for him, became public knowledge.

It was alleged by a certain social media user, Andela, that Freeze snatched Elechi from her husband, who is Freeze’s best friend. Freeze was said to have impregnated her while in her husband’s house.
He denied all allegations.

Formerly married to Mr Paul Odekina, a top management staff at Total Nigeria, Benedicta is a chef, runs a restaurant in Lagos and her partner, Daddy Freeze, never ceases to sing praises of her culinary skills on his social media handles especially IG.

She revealed in an interview that she walked out of her 10-year-old marriage which produced four children because her ex husband is gay.

Now living together with their children, Freeze shared photos of the 40th birthday party and wrote:

“I will like to appreciate the following people who came to celebrate the love of my life and queen of my heart as she turned 40. It was a wonderful birthday dinner at the prestigious Southern Sun hotel in Ikoyi and in attendance we had distinguished guests including:
With Peter Obi at the party 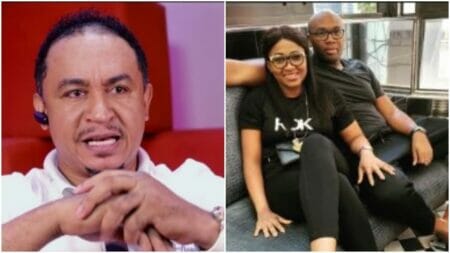 My maid earns 35k salary, no graduate should earn less than 50k – Daddy Freeze tackles Mary Njoku and her husband 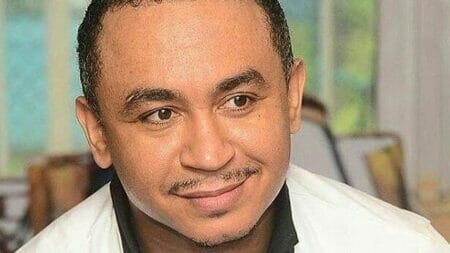 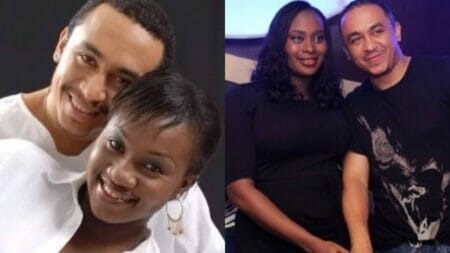 Daddy Freeze slams those bashing Destiny Etiko, over ‘seductive’ outfit during a visit to Gov Bello