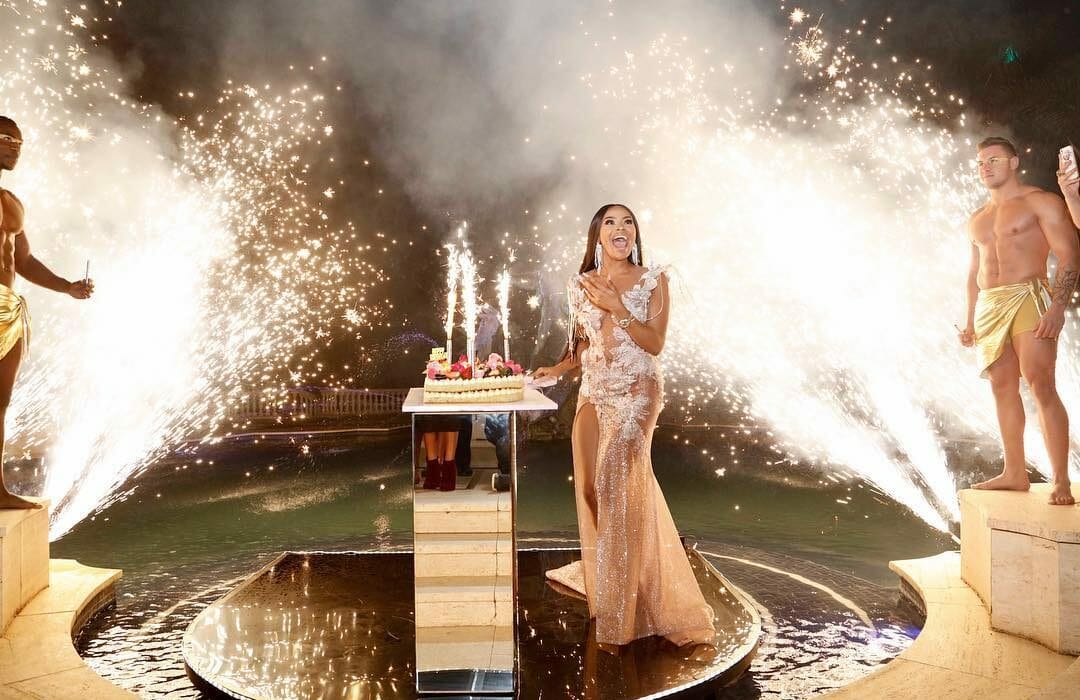 South African media personality, Bonang Matheba recently celebrated her 31st birthday with an exquisite dinner which had close family and friends in attendance.

The television personality, radio host, and businesswoman turned 31 on the 25th of June and over the weekend she had two parties to celebrate in style.

Bonang, who is a Ciroc ambassador, was hosted to a party at Joburg’s Taboo nightclub on Sunday night with some of her close friends. Last night she had an elegant champagne dinner party as well.

Bonang Matheba (born June 25, 1987) is a South African television personality, radio host and businesswoman. Some of her career highlights include being the first South African celebrity to launch an online reality show, “B*Dazzled” (2011). The first Black South African to feature on the cover of FHM Magazine SA (2011).