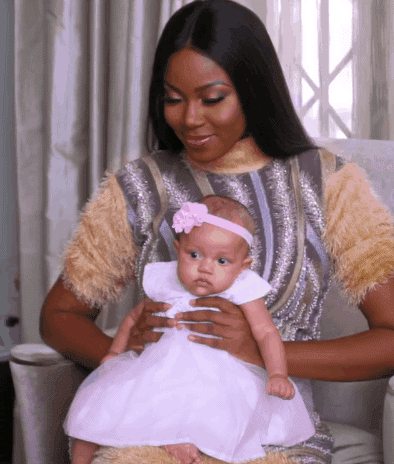 Ghanaian actress, Yvonne Nelson, who welcomed a baby girl with a photographer Jamie Roberts in 2017, has finally decided to let the world see her face.

Yvonne unveiled her daughter’s face in her magazine cover debut with Agoo Magazine. 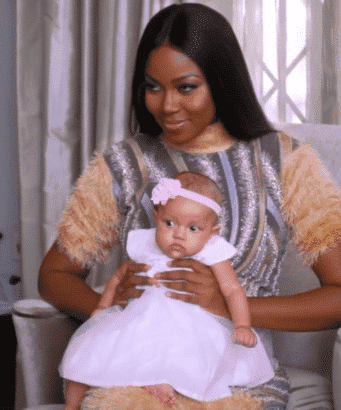 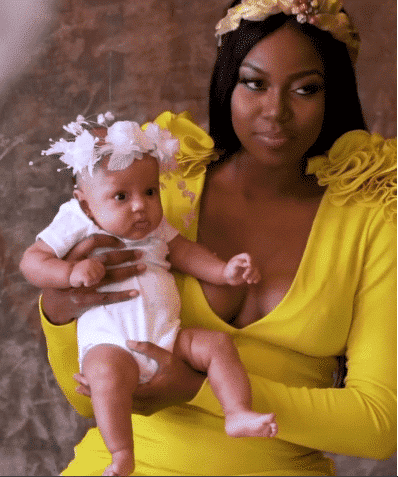 In the magazine, Yvonne Nelson talked about being a mother which she said is an answered prayer, her critics, co-parenting and more.

“People have been saying all sorts about why I’m having a baby whilst I’m not married. This is an answered prayer for me, they have no idea. Maybe one day they’ll get to hear my story.” She said 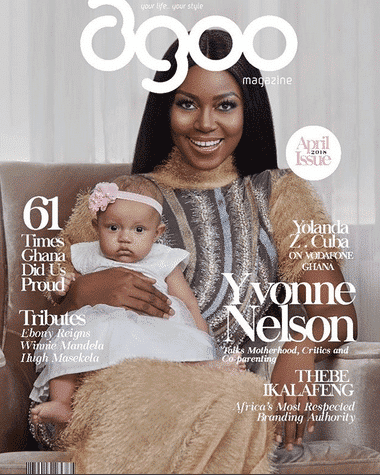 This is coming months after the trailer for Yvonne Nelson’s pregnancy reality show, #WaitingForRYN was released online. The reality show, which is set to be aired soon, captures the life of the actress during her pregnancy and the delivery of her baby.

The Ghanaian actress also revealed the name of her newborn daughter, by making the announcement via a post on social media. She took to Twitter to share her name amidst prayers over her life, tweeting:

“Ryn Roberts… You will be great ijn… Amen.”

Celeb news today celebrity gossip news today featured naija celebrity news Nollywood Yvonne Nelson
Previous ArticleThis is the only Nigerian among the 1,200 invited guests for Prince Harry’s Royal wedding
Next Article Man who barks once every month as a condition for money ritual gets mocked by friends