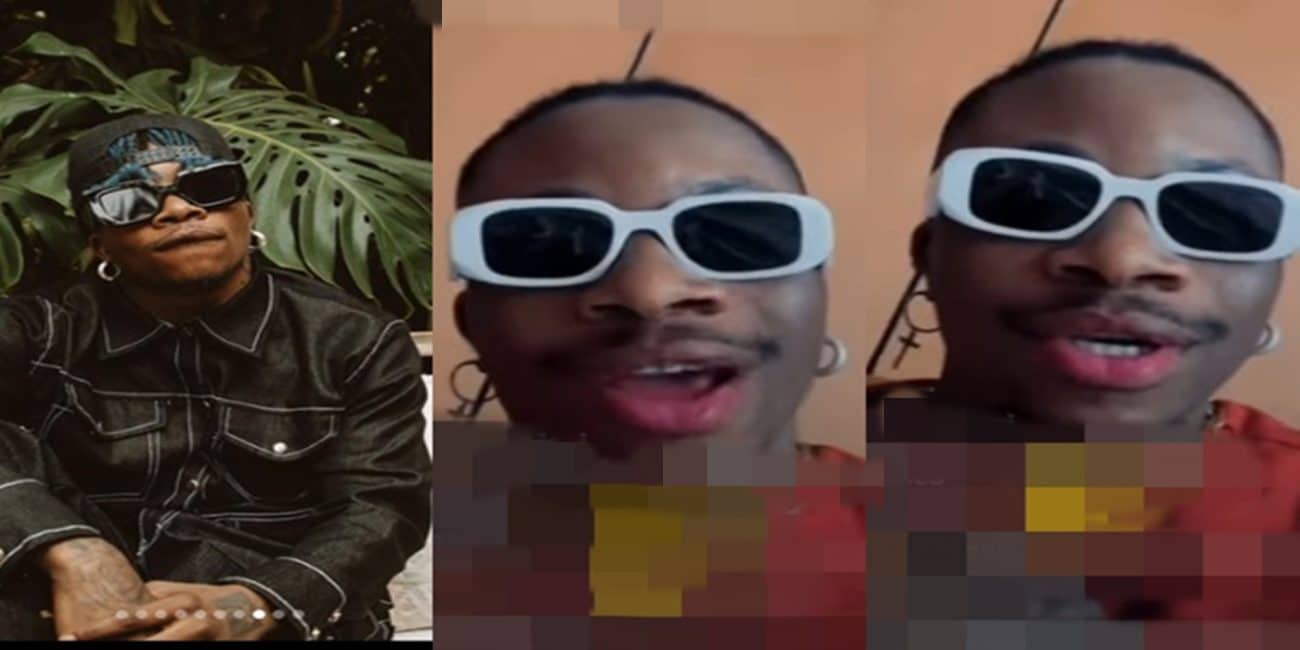 Fast rising singer, Oxlade who recently heaped praises on Grammy award winning singer, Wizkid for impacting his career has angrily slammed a fan and his parents during a live IG session.

During a live IG session with his fans, Oxlade was heard throwing Insulting words on a particular commenter who made a comment about him turning his lips to pink with a bam.

The comment apparently infuriated the singer who wasted no time in slamming him and his parents.

‘What do you mean by bam, your father and your mother are very mad, they are very stupid… they are possessed…fool’. He declared.

‘Who ordained him?” Netizens ask in shock as Oxlade performs “Ku Lo Sa” for Pastor Tobi

Social media users have taken to different platforms to express shock and question the spirituality of popular UK-based pastor, Tobi Adegboyega over his recent actions.

In a video which has since gone viral, popular Nigerian singer, Oxlade is seen serenading the pastor with his latest secular hit song, “Ku lo sa” as the pastor dances in excitement.

Pastor Tobi was seen dancing and whining his waist like a teenage girl in love.

Social media users took to different social media platforms to react to the video. Many questioned his spirituality as they asked why he once called a worship song boring, but dances to a secular song.

One Africanzo_ wrote, “The same pastor that interrupted a worship session in his church, and called it boring”

“now we understand why he was upset at his Choir, if they sang sexy songs like this he wouldn’t have been so bored. In these last days every one has to pray specifically for the spirit of discernment” One Svelte_sal wrote.

One ELekey wrote, “Who Ordain this one ? Maybe e just wake up one morning de call himself Pastor “

One Tofee Christopher wrote, “This one is not boring to him ooh, if na church na e don interrupt the choir go insult their performance”

How Pastor Tobi chased Choristers off the alter for being “boring’

According to a Kemi Filani News report, the founder of SPAC Nation incited social media rage by harshly criticizing his music ministers.

In a viral video, the famous preacher was seen criticizing his choir members for the song they sang on Sunday, August 14.

The pastor halted their sermon to rebuke them because he didn’t like the tune they were singing.

He complained that the song was depressing him.

He said; “Okay thank you guys be sited please that song was boring me to death so I had to come up mehmnm…but thanks guys”.

In the comment section, Nigerians expressed disappointment at his behaviour, which many called disrespectful.