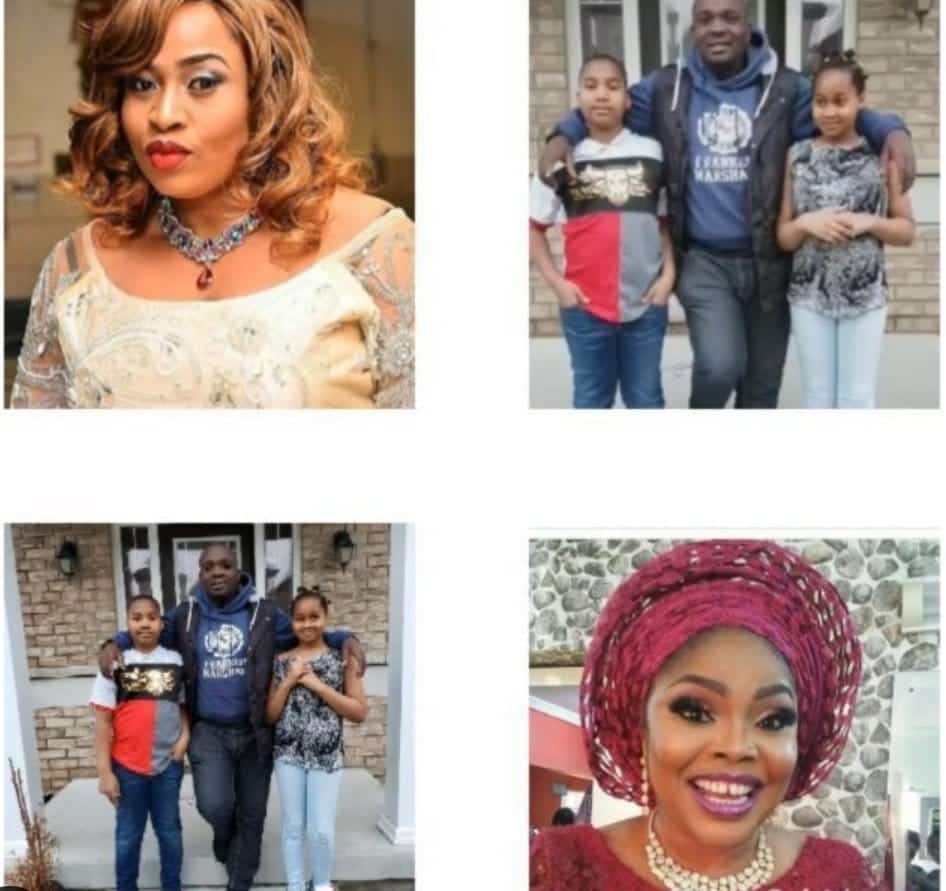 When Aisha Abimbola died, Lola Alao volunteered to take care of her children in Canada where she’s based.

Kemifilani reported how information leaked that Lola Alao has been maltreating the children and how she only took custody of them because of the grants from the Canadian government given to the children.

Reacting to the rumors after Aisha Abimbola’s first son spoke on the issue earlier, Yomi Fabiyi who last year paid the children a visit revealed what he saw.

“OPEN LETTER TO GIST LOVER
I recieved numerous tags and mentions on your caption that bothers on Late Aisha Abimbola’s children and I am compelled to react because of my conscience.

Please read with open mind and hopefully you take caution. The following happened then:

i. I travelled to Canada on the 1st of May, 2019 for my movie SADAAT WORLD TOUR. And I said to my promoter to come pick me as I will not want to have the show without seeing Late Aisha kids first.

ii. Without notice, we set out to Lola Alao’s house. We didn’t meet her at home but Late Aisha kids saw me through the window and opened the door. They recieved me respectfully and happily.

iii. I saw these kids pictures hung beautifully on different parts of the living room and staircase. That moved me to tears.

iv. The kids while appreciating LOLA ALAO, told me they are fine and will not even want to leave Canada.
v. I was close to tears because I have not really see an artist stand in for a colleague at this magnitude.
vii. When Lola Alao came, she was surprised I had gained entrance and calmly advised these kids not to put themselves at risk by opening door to stranger(That shows the extent of freedom they enjoy). viii. On behalf of numerous colleagues and self I respectfully thanked Lola Alao. She showed me video of Aisha last moment on the hospital bed. Aisha stares at Aunty Lola with hope and gratitude. She was the only person she could leave the kids with.

Now this is my standpoint:

i. The person who claimed there were several abuses on these kids and in Canada will rather call the police anonymously than sneak to your DM if all desired was safety for those kids.
ii. The malicious whistle blower did not tell us his or her effort to confront Aunty Lola

iii. By coming to GISTLOVER, is the person expecting Lola Alao to chase the children out or stop correcting them when as children they err?

iv. The person perhaps want to get at Lola and was reckless enough to use the only guardian they have since cyber attack against her on your platform is the goal.

v. I spoke to the boy today and he is very positive. He was happy and sound lively.
Yomi Fabiyi.
Tag GL pls”.