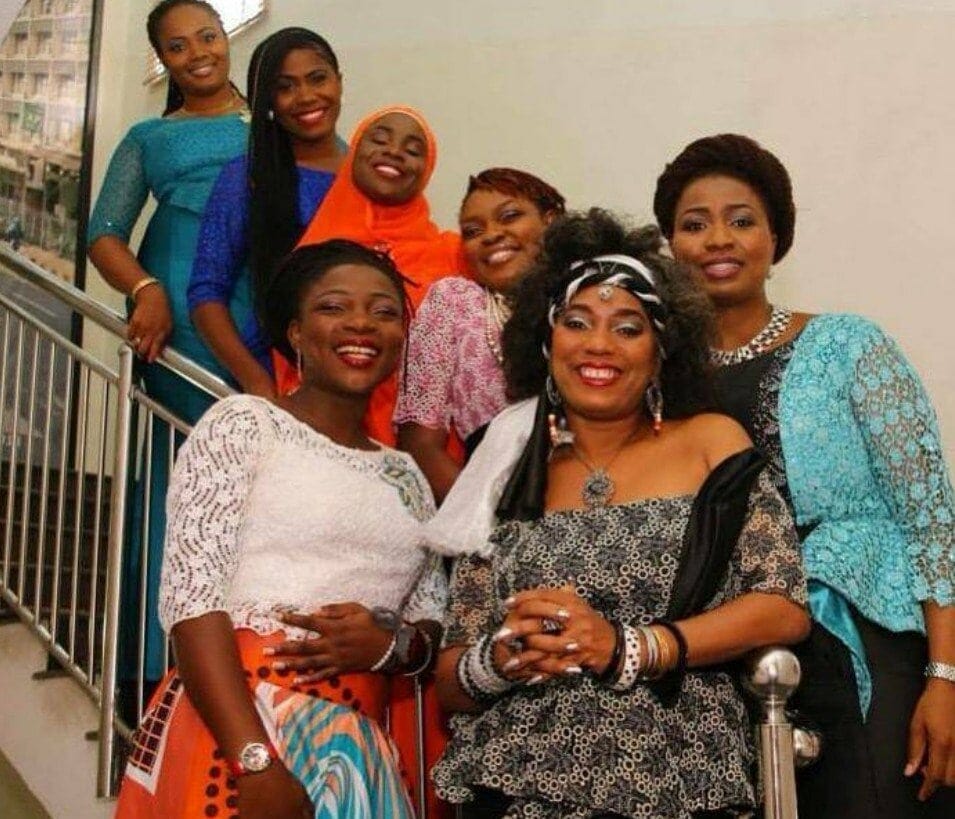 Yeni Kuti has replied articles written by Olajumoke Olawode-James which appeared to claim she was impeached from the popular Tv show, Your View.

Read her article titled Did Yeni Anikulapo-Kuti get her co-Host fired? The Real Politics continues..

I was mistaken about her from Day 1!

“The Real” had Loni Love on the show from Day 1. She wanted her own show and was put on the show with four other ladies of colour. Yeni Anikulapo-Kuti’s story is similar. She had been dancing for years in her brother’s band, she wanted her own TV show alongside her friend; and was instead, invited to lend her voice to women’s issues in Nigeria, on “Your View”.

An older woman, she was supposed to represent the matured point of view, on issues from marriage, divorce, policies to celebrity gist.

Not only does she still dance, teach dance; she eventually got on a TV drama series. She stood out. Originality and passion for what she believes in!

If other ladies have squabbles, never YK (as we call her out of respect). If you suspected Loni of having Tamar fired, as was rumoured; you could look to YK for being able to pull such strings too. YK didn’t audition to get on the show for obvious reasons, she already had a personality. The Producers sought her out. She therefore could pull some strings if any of the co-Hosts irritated her.

I would be recognized in public for being “the lady on that women’s show with Fela’s Daughter”, for many years later. Hopefully the show was getting popular and they weren’t just recognizing us from pictures with YK on social media.

But, rather than be the one to get any co-Host fired, YK would be the one to rally everyone around any co-Host that got fired. And she would do everything necessary to protect everyone. No preferential treatment. She is genuinely caring. No pretenses there. YK is genuinely giving. That’s her character trait!

Speaking of The Real Politics of firing a co-Host, just in case you haven’t read parts 1 and 2, they are synchronized here. Just click the link: HERE

It could be a lot to greet everyone that recognizes you in public, particularly on your “off” days, but YK always has a smile. Maybe she has had more years of practice, being the first child of Legendary musician and Activist, Fela Anikulapo-Kuti. But, YK is genuinely warm and open to everyone. She never takes the privilege of being recognized for granted. I learnt that from her.

I am very reserved and introverted, even though outspoken. I can be cold. But I learnt to warm up to fans. Patapata, 2 minutes, they will hail you and move on. Except those ones that want to sit and discuss your life’s history or a particular topic, they don’t agree with you on.

You know when you see genuine love, you will naturally gravitate towards it. YK is a genuine Leader. She wears her heart on her sleeves. She takes responsibility for you. She looks out for you. She gives to you like she’s your mum. Then you start to feel like you are special to her. But YK is special to EVERYONE. I haven’t met anyone who truly knows her and doesn’t like her!

But, she is a DRAMA-QUEEN! Mo Gbe!

How can one human being have so much going on? From her dress sense, accessories, millions of shoes, to changing her nail polish to every single outfit she wears; YK is drama!

Incidentally, Loni Love of “The Real”, changes her nail polish to match her outfits too. But, she is normal, compared to YK. My goodness!

You can call YK, LOVE. If Love is a human being, Love is YK. YK gives out love till she’s empty. Don’t even try to dissuade her. She’s wired like that.

But, YK is not an enabler indiscipline. She’s as honest to tell you off, as she’s quick to wrap her arms around you. So, don’t expect her to defend all your wrong-doings. She just corrects in love.

A glamourous grandma, we call her Glam-ma. I have grown to love and appreciate everything about YK and I am indeed grateful that I can call her sister and friend. Bless her children and grandchildren.

Do you have a YK in your life?