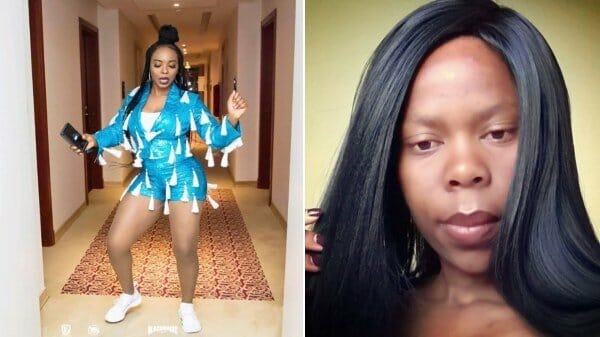 A lot of number of celebrities seem to have mastered the art of dealing with internet trolls. Some choose silence, some hit the block button and others just fire back.

Award winning Nigerian singer, Yemi Alade chose the latter option when a troll called her names and discredited her for acknowledging Davido and his girlfriend, Chioma in a song.

The ‘Tumbum’ singer posted a photo of herself on Instagram bursting a dance move with the caption, “FORGET! I AM A WHOLE F**KING MOOD!!?”

The troll then wrote in the comment section, “Everything not original, plastic fake…u actually ruined that killa song with those disgusting lines ” obo en chefchi” like really?? U lacking some ideas now?? gosh u such a bore or u were trying to please David?”

But see how the singer fires back: