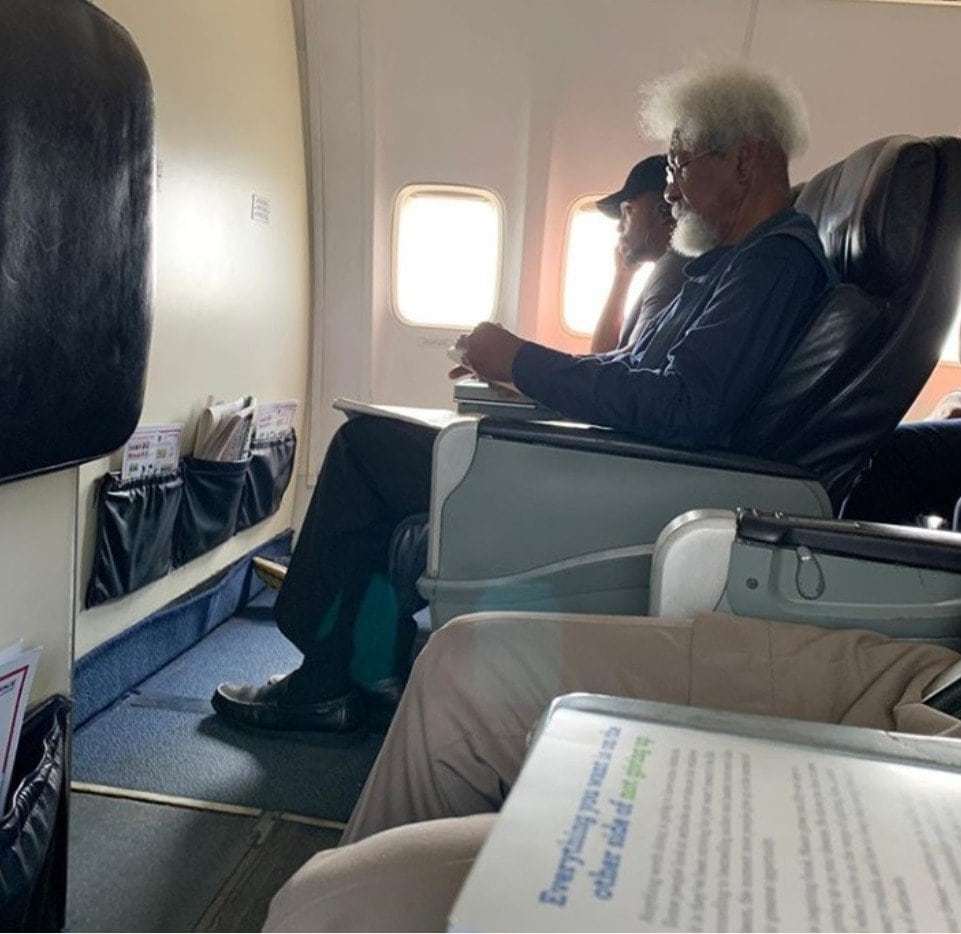 Recall we reported how Tonye Cole wrote about how Wole Soyinka was asked to get up from a seat in a plane by a young man whose ticket number allocated it to him.

Finding the young man’s action disrespecting, Tonye Cole who was onboard the plane wrote… Read HERE

Reacting to the Tonye Cole’s narration, Wole Soyinka’s son shared the below note.