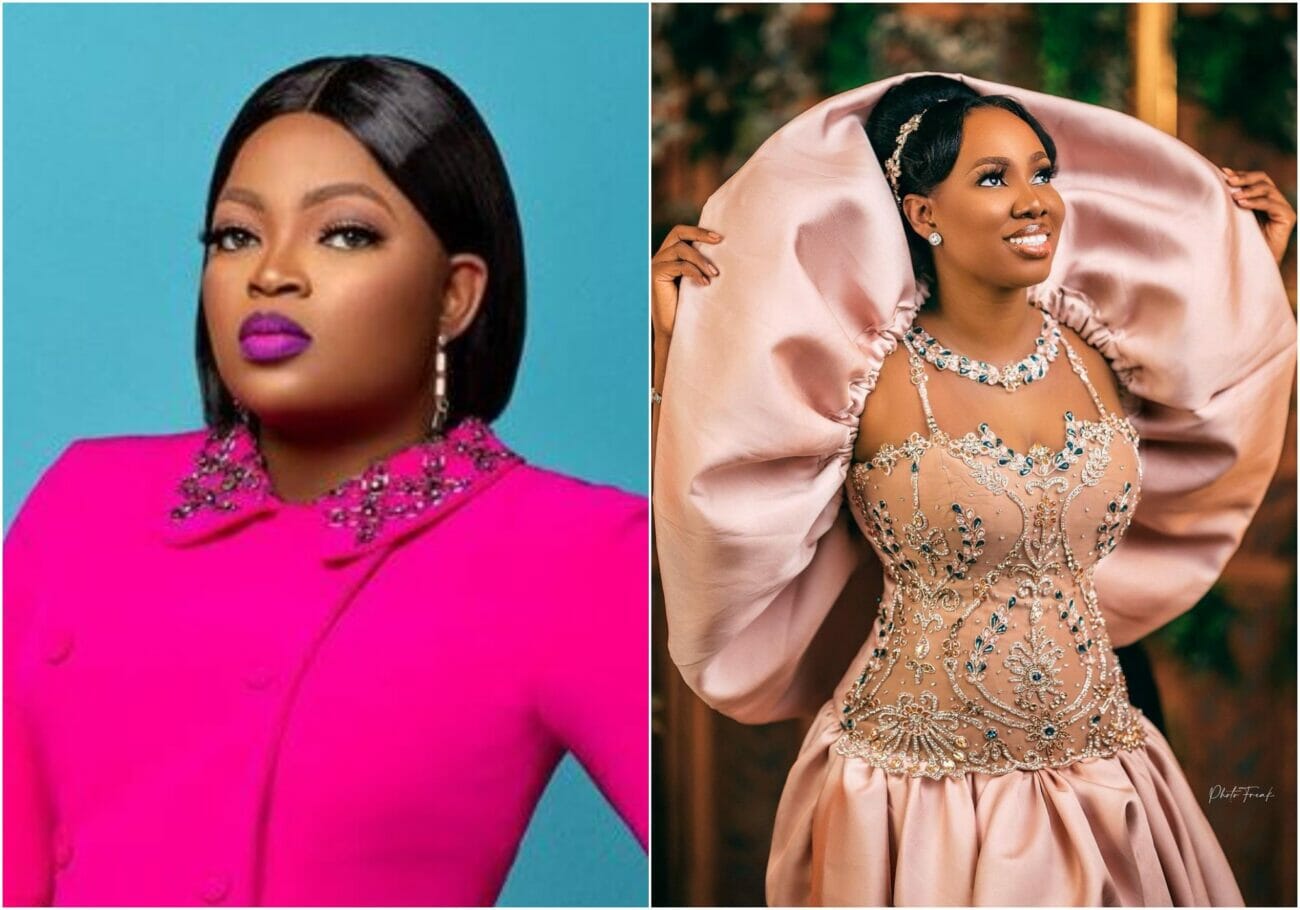 For some time now, there has been speculations that Nollywood actress Funke Akindele has been at loggerhead with her stylist Medlin Boss over unknown reasons.

Their beef became more evident after the popular stylist celebrated her birthday, and Funke Akindele Ignored her and failed to attend the birthday party.

Also, the social media tags on Funke Akindele’s birthday and anniversary outfit show that Medlin Boss did not style her, but she took time to celebrate the actress.

However, an Instagram blogger Cutie-Julls has alleged that the war between Funke and her stylist started after she gave her material to sew.

According to the blogger, Funke did not like the outcome of the clothes made for her considering the amount of material she bought.

Upset about the outfit, Funke Akindele decided not to attend the event but follow the event’s activities online and was surprised that Medlin had a piece of her material on her dress.

Without confronting Medlin, Funke Akindele blocked her on all social media platforms until the stylist apologised for her wrongs.

The post reads: So the Koko be say. There was a recent celebration [wedding] that Funke was invited. Funke called Medlin and gave her her material to sew [that’s the norm since she is the stylist]

Mellon has this male fashion designer that she used. When the outfit came, Funke didn’t like how it was done. She was a bit upset cuz according to our source, to her, she bought enough so it as a bit upsetting as to why it still didn’t look the best as if the material wasn’t enough.

So Funke did not attend. She was at home minding her business and catching up with updates at the event online only for her to see Medlin pop up in one video on IG at the event. Guess what?

Medlin has been begging since and now she’s finally been forgiven. But it’s still not clear if indeed the tailor gave Medlin some of Funke’s material or she bought it later after she had collected Funke’s own and sent it to the tailor