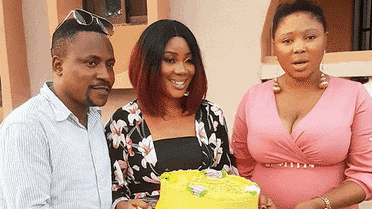 Popular filmmaker, Segun Ogungbe’s wives, Omowunmi aka Awoko Atinuke, want you all to know that they have got the happiest family!

The wives stressed this while sharing photos from an outting thy had over the weekend on their different Instagram pages.

Sometime ago, it was rumoured that Segun who is the nephew of the late actor and filmmaker, Akin Ogungbe, who reportedly had 20 wives and 50 children, decided to follow in his uncle’s footsteps after he reportedly impregnated his wife’s ‘best friend’, Omowunmi, who in 2015 was an upcoming actress, training at Segun’s film school.

According to the report, she later gave birth to a baby boy and the pair had a ceremony to seal their union, an action that caused a huge problem in his marriage.

Rubbishing the rumour, Segun Ogungbe in an interview with punch said,

“My wives did not know each other before I got married, I have a peaceful household. God has blessed me with wives that understand each other. It is only God that can help a man have a peaceful home. However, for those who think that I would have about 20 wives like my uncle; all I have to say is that they should mind their business,” 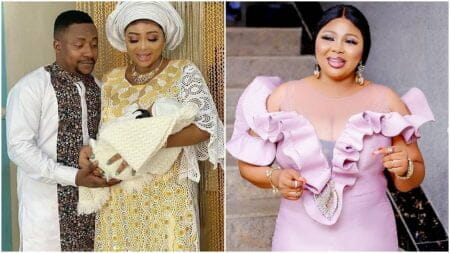 ‘You gave me kings, and that has been my best gift ever’ Actor Segun Ogungbe eulogizes his wife Omowunmi Ajiboye on her birthday 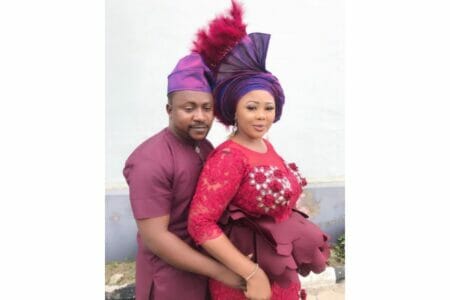