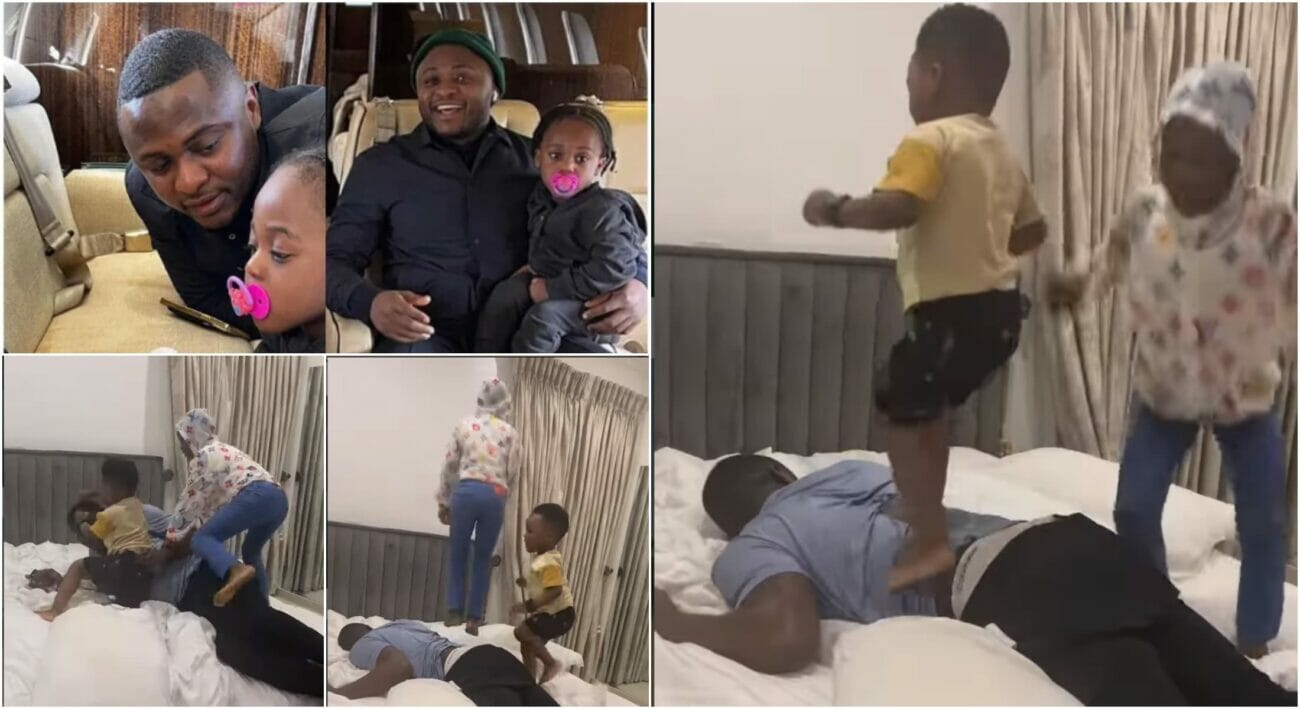 This comes a few weeks after Ubi Franklin was mocked and called a nanny to Davido’s son Ifeanyi and he reiterated his love for kids.

The video shared on his Instagram page captured Ubi Franklin’s children repeatedly jumping on his back while lying down.

Ubi Franklin added that there is no better feeling than sharing such a priceless moment with his children.

He captioned the video: No better Feeling, My Boys.

As expected, some of his followers reacted to the video by gushing over him and his kids.

sophisticated__aniwest wrote: This is beautiful.  I miss my nephews sha with that their tiny but strong legs they will give me a back relief

Kemi Filani News recalls some Nigerians dragged Ubi Franklin over a threat to exposed Nigerian comedian I Go Save.

Many described Ubi Franklin’s actions as childish and the major reason he constantly fights his baby mamas on social media.

Trouble started when Ubi Franklin took to Instagram to warn comedians, particularly Bovi, fond of mocking him and bringing his kids into their joke.

Sharing a video of Will Smith slapping Chris Rock for mocking his wife Jada Pinkett Smith at the Oscars, he warned that anyone who insults him from now on would get the same treatment.

He opined that comedy should not be used as a decoy to disrespect people on National TV.

Calling out Bovi, he stated that the comedian made a nasty joke about him and his kids at 2021 Headies, at a time he was struggling and trying to put his life together.

Responding to Ubi Franklin, I Go Save stressed that he is against sensitive jokes noting that comedians use their crafts to speak against social vices in the country.

Although I Go Save didn’t mention Ubi Franklin’s name but insisted that anyone who gets a girl pregnant, abandons her, and does not pay child support must be used as content for jokes to prevent others from following a similar path.

Reacting to this, Ubi Franklin reached out to I Go Save, stating he would expose his secrets on how he does not care for his wife and family who live in Austria.