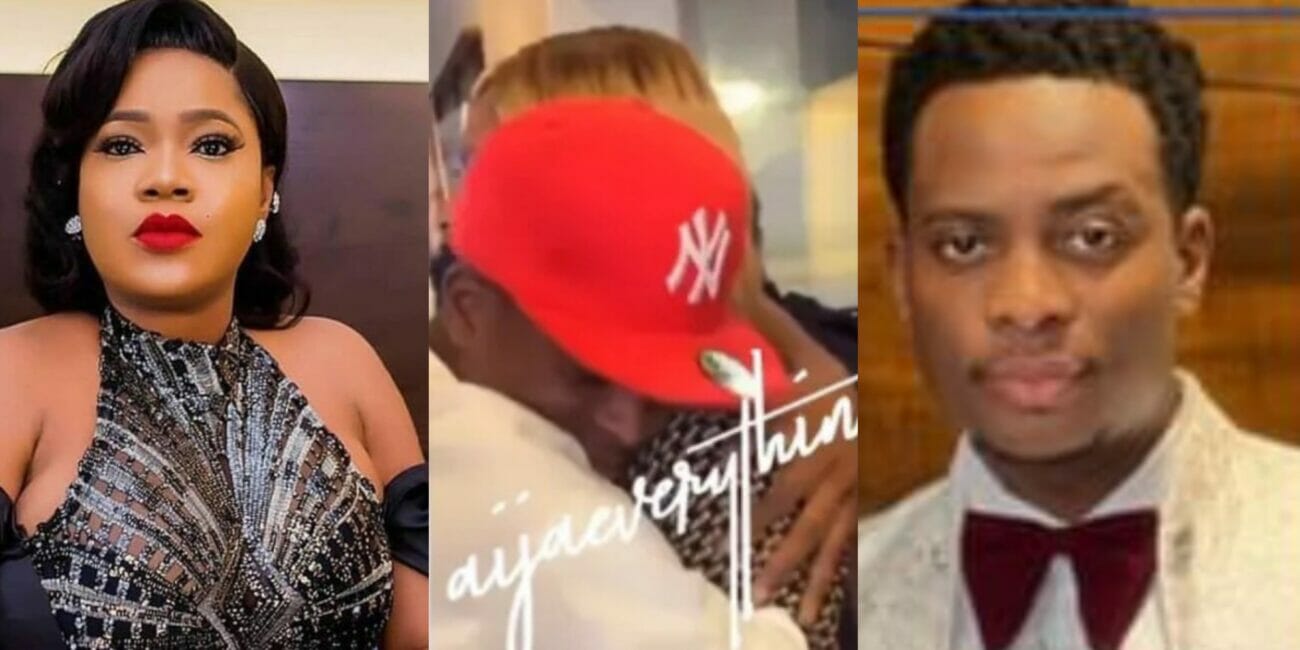 In an interview with TVC ‘Your View’ on Friday, January 13th, Toyin revealed that he even went as far as kissing him.

According to her, her marital status doesn’t stop her from doing such as long as she has a clear mind. She stated that she is sees the comedian as a son and didn’t read meaning to the hug.

“There is this comedian, he is like a son to me. I am not a child, he was hugging me and my manager, Seun was the one doing the video. The eyes you are using to look at something, it might be different from another.

So because I am a married woman someone that I can be a mum or big aunty to cannot hug me or sleep on my chest. What are you guys thinking?”.

In the video, Sydney Talker was seen holding and hugging Toyin Abraham tight with what appeared to be all his energy at an event.

Toyin Abraham was then heard asking him to send her money. Sydney Talker asks how much, then Toyin said “200.”

Reacting to the video, one leboss101 wrote, “I don’t care who you are, you are not ,hugging,rubbing on or grabbing my wife, any hug that lasts more than 3 seconds is unacceptable. Ewo ni Pala pala”

“After civil service, na entertainment industry corrupt pass. That hug is beyond casual” one Akunede1 wrote.

Kemi Filani recalls that Toyin Abraham Ajeyemi had revealed one of her biggest moment in her life as she finally meets one of her die-hard fans.

The female fan, identified as Adeola Awokoya has been a proud supporter and lover of the actress. Kemi Filani did a check on her Instagram page and noticed that her feeds are filled with photos and captions about the actress.

To even prove how much she loves the actress, Adeola has been massively creating awareness about Toyin Abraham’s newly released movie, Ijakumo.

During a meet and greet at the cinema, Toyin Abraham finally met Adeola and the two couldn’t stop shedding tears.

Sharing the emotional moment on her Instagram page, Toyin Abraham revealed that this is one of her biggest moment in her life as an actress. It made her realize how she impacts youths.

Affirming her love for her fans, Toyin Abraham promised to be a good role model to them.

“This is one of the biggest moment in my life as an actress. Today I realized how I impact youths and I promise to always be a good role model to you all. @adeolaawokoya I love you so much and welcome to my world”. 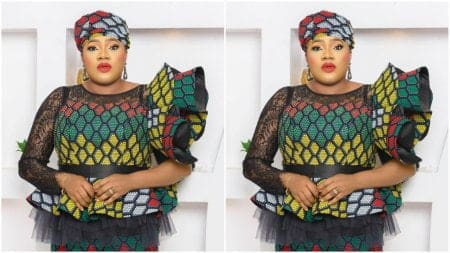 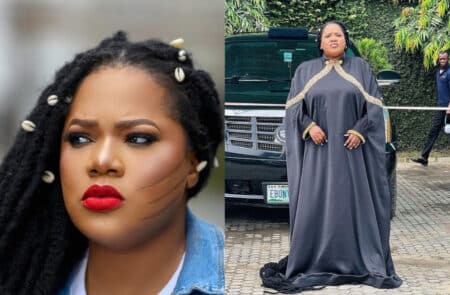 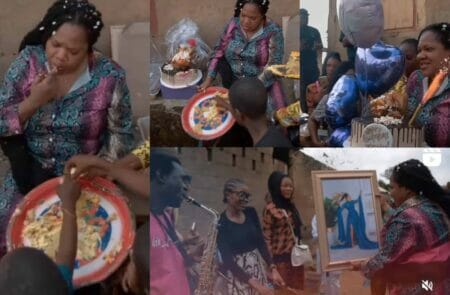 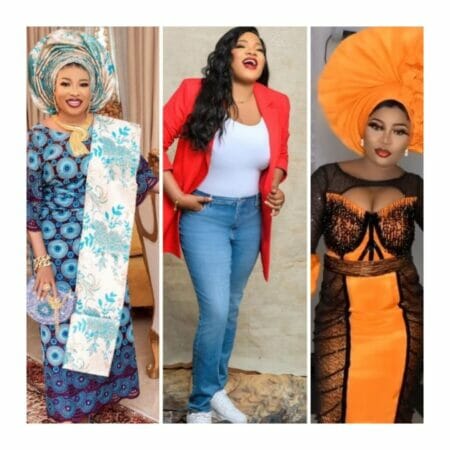 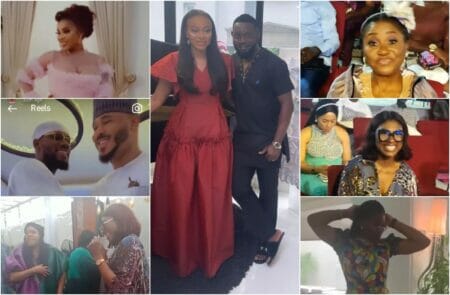