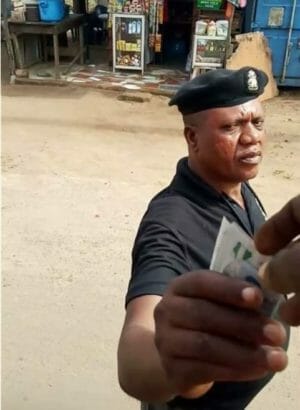 A police officer identified as Supo Syril has gone viral on social media after he was caught on camera accepting N100 bribe from a motorist.

According to reports, the officer has been serially harassing motorists in Abia state, demanding for bribes. So a motorist made sure to take pictures of him accepting two N50 notes from a motorist in broad daylight.

The incident happened in Obingwa, Abia State. Supo Syril boldly collected the bribe like it was his birth-right or salary.

One Hallmark Chibuzor Paul shared the photos on social media with the caption,

“Supo Syril from Ohuru Isi Miri police station, Obingwa – Abia State at it again. This man and his counterpart called Chidimma have been extorting motorists on that road with a threat that no one will do anything”

Really, it can be so sad and frustrating when you embark on a journey and within the space of about 5-10km there are about 3-4 police checkpoints with policemen waiting to collect bribe from the bus driver, otherwise the driver will be ordered down from the bus. 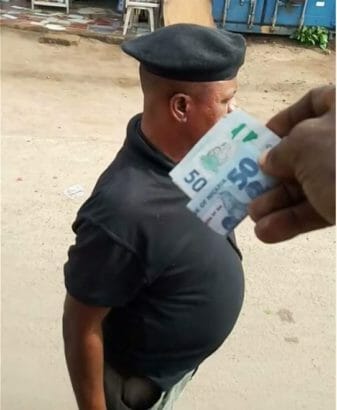 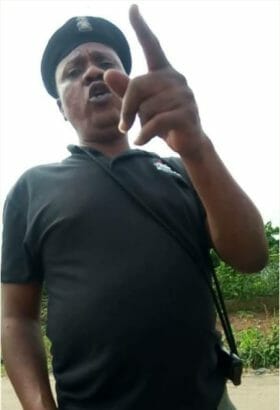 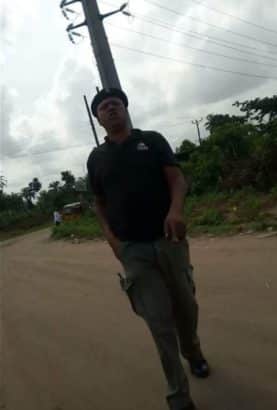 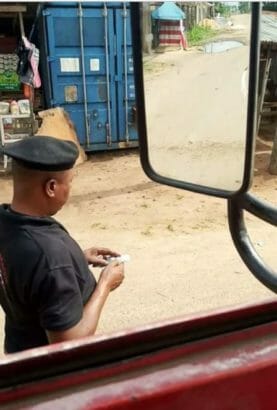 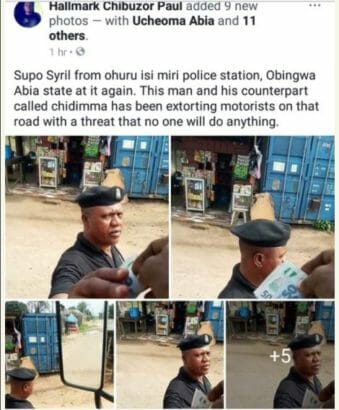