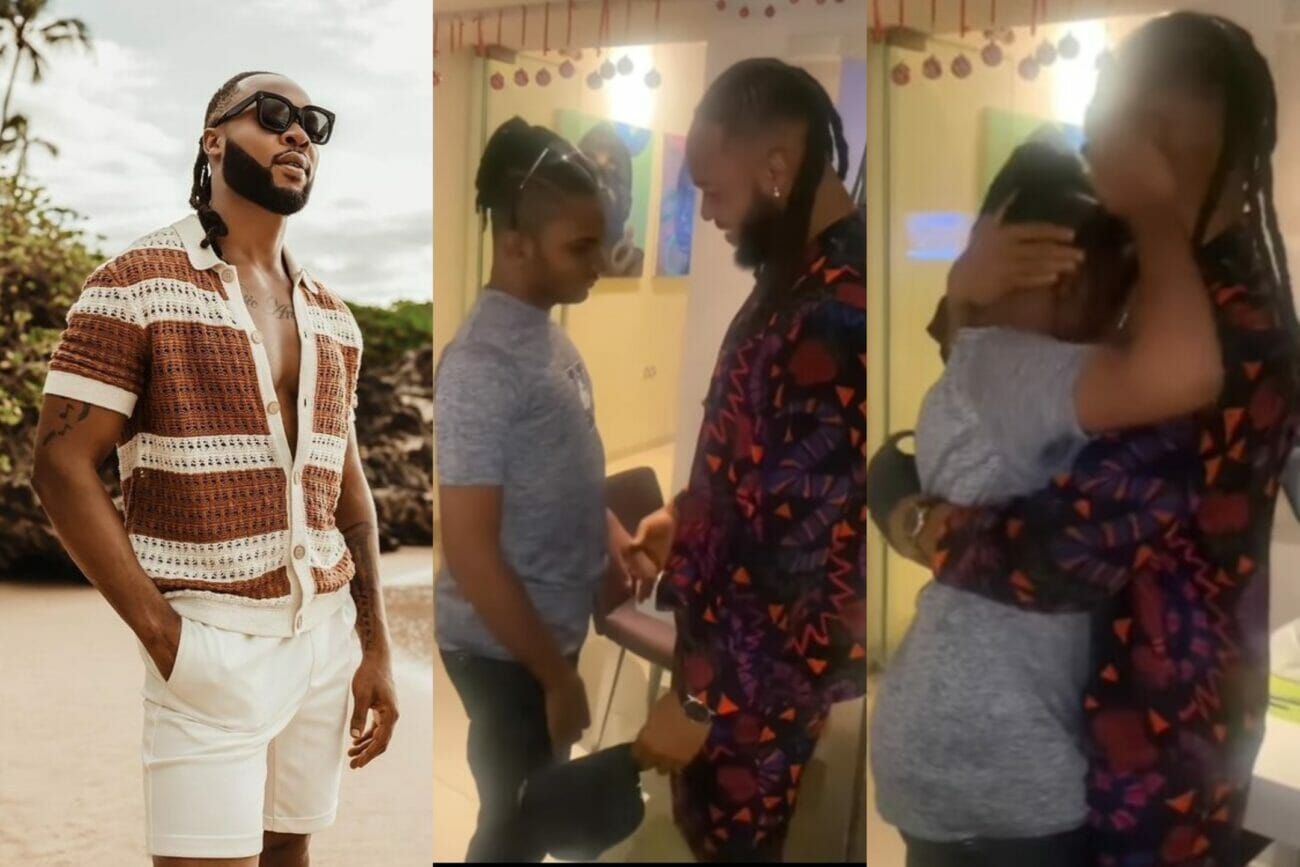 Nigerian singer, Flavour has received loads of prayers and love from Netizens after he shared a heart-melting moment of bond between himself and his adopted son, Semah Waifur.

Kemi Filani recalls that Flavour adopted Semah who has impaired vision in 2017 from Liberia. The singer who has three biological daughters has been taking care of his adopted son and also released a couple of songs with him.

In a new video making rounds on social media, Flavour and his son could be seen hugging each other tightly, a gesture which reveals that they have missed each other so much. It is worth noting that Semah who could not physically see Flavour used his hand to feel the face and other parts of his foster father’s body.

Netizens shower prayers on Flavour and his son, Semah

Netizens have reacted to the video of flavour and his adopted son bonding together with prayers as they gushed over their matching hair.

One Eva young biz wrote: It’s the twining hairstyle for me

One Thelma wrote: See real adoption here, no be this one’s way asaba wood dey do.

One Amy Kitchen Treat wrote: This love is Undiluted just look at that hugs and kisses 😍😍😍😍😍 he’s son is all grown up now.

One Chris wrote: The fact that the blind boy touches his face shows gratitude and undisputed love.

Yahweh’s daughter wrote: I don’t know of this gentleman. However, his love for his adopted son, is storing up a bank of blessings for his entire lineage. GOD richly bless him from generation to generation to generation. GOD has a tough time finding good people to use, so He doesn’t play when it comes to His faithful ones. 🙏❤️👌😊

One Fresh gist: This is what we called pure love, not what Wizkid has turned Ahmed into the little boy who is now depressed and roaming in the street of Lagos only one person Wizkid vowed to take care of too much drama the boy Ahmad is crying every day.

One Georgina wrote: God bless your heart Flavor. While you at it loving and caring for this young man, never let your guard and please create boundaries. The human heart is wicked, greedy folks can easily turn you good for evil. So protect yourself. Bless you both.

One Star man wrote: You could tell he love and adore flavour so much that’s why he touches his face all the time which is the only way he can see flavour. God bless flavour.

One rexneto wrote: If you go heaven see flavourful there no be mistake.

One Faith wrote: Flavour is very kind, a cleaner that once worked for him said he is the kindest human she has ever met.

Flavour receives accolades over adorable video of his daughters

Kemi Filani recalls that Flavour received accolades over an adorable video of his daughters.

The singer who was on daddy duties on Monday, 15th November 2022 picked up his cute daughters from school.

It is worth noting that Flavour has three daughters from two ex-beauty queens.

Sandra Okagbue, who is his first babymama, has two daughters for the singer. His second babymama is Ex-MBGN 2013, Anna Banner, who has another daughter for the singer.

It is believed that Sandra and Flavour are married. Even Sandra’s sister, Bella Okagbue confirmed it.

In the newest development, the singer paid a surprise visit to his daughters’ school.

In the adorable video posted online, Flavour’s daughter from Anna Banner, could be seen running to embrace her half sister.

The two hugged and picked up their younger sister, who was excited to see her father.

The adorable video has since melted hearts as many hailed him for uniting his daughters. 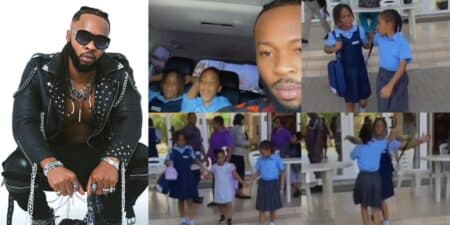 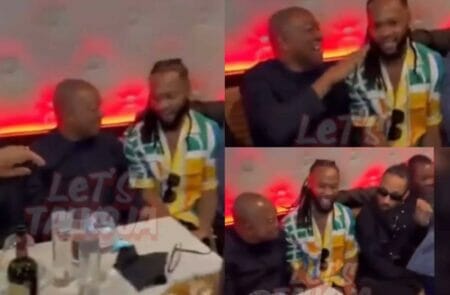 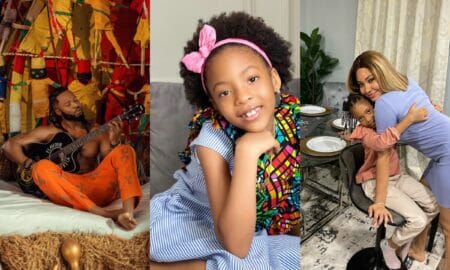 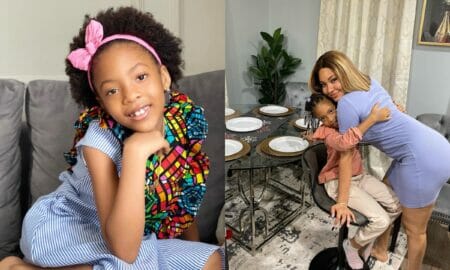 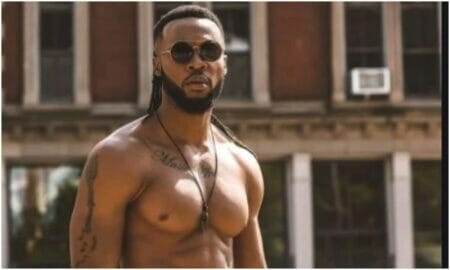 Singer, Flavour surprises his childhood friend with a huge gift 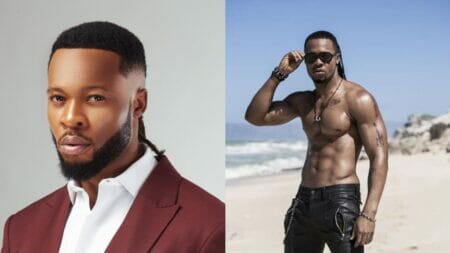