Stop insisting that my son should stay in his marriage – Taiwo, Obasanjo’s ex-wife warns 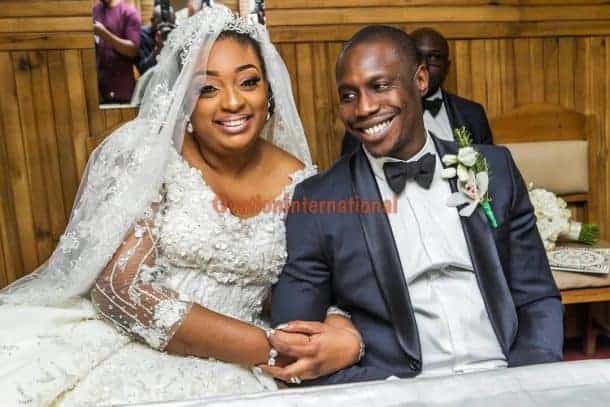 A former wife of former President Olusegun Obasanjo, Taiwo, in a new interview with Punch has given an update on her son, who abandoned his marital home months ago.

It’s been about five months since your son allegedly left his matrimonial home, have you heard from him since then?

Fortunately, there is good news. I have not seen him one-on-one but he called me and he assured me that he was okay. I asked where he was but he didn’t tell me, which shows that he’s still in hiding. At the moment, he’s not in Abekouta where he’s supposed to be; he’s not at his place of work in his father’s company, and that means he’s still hiding himself from his wife. I’m his biological mother and we are not quarrelling, so he has no reason to stay away from me but for the issues with his wife.

When did he call you?

He spoke to me before Easter to greet me for the season. I was very happy and that was part of the Easter gift God gave me. You can imagine how it feels for a mother not to know the whereabouts of her only son, so I had been very worried and it has been very traumatic for me. I asked him why he was not making himself available and he said it was because everyone was insisting that he should resolve the issues with his wife. But he said he could not patch it up and he’s not ready to go on with the marriage. He said that was his final decision. I told him he didn’t need to hide, but he said he had made his point known. I’ve written to the police; his wife, Tope; and I’ve written to her place of work that they should appeal to his wife to let my son be. She’s the one he’s running from. My son, Olujonwo, must have picked that attitude from me because when I’m overwhelmed by anything, I detach myself from that situation. That was why I excused myself from my marriage to his father when I was overwhelmed with what was happening between us. I opted out; he didn’t drive me away. What you cannot manage can destroy you, so when he saw that he was about to be destroyed, he ran away.

Now that he has spoken to you and he said he was fine, when is he coming back home?

The thing now is that I want to appeal to Tope to please remove the siege around my son. If he wants to continue with the marriage, it should be on his terms, and if my son wants divorce, they should allow him to file for divorce, because that is why he’s still in hiding.

Who is stopping him from taking that decision?

I believe it’s the father; Chief Olusegun Obasanjo. I believe so. Daddy Obasanjo can stop all this nonsense from this girl in the twinkling of an eye, but what I hear is that the father is the one pressurising him to stay in the marriage. He can caution this girl because he’s a man that people defer to and people fear him a lot. But he’s the one encouraging this nonsense from this girl. How can a man not be able to walk freely in his own country because of marriage? Instead, he had to go into hiding. It’s God and Daddy Obj that can help. By African standard and Yoruba culture, a woman submits to the husband, not the other way round, and it’s biblical that a wife should submit herself. I don’t know why his father doesn’t want to intervene, and if my son says he wants divorce, he should be allowed. My son told me he was tired of the marriage, and if he is, there is nothing harmful or criminal about it if he says he wants to opt out. He won’t be the first. One of the highly respected men in Africa and in the world, late Nelson Mandela, divorced his wife when he came out of prison. I’m sure people would have pleaded with him, because the woman was also well known but he divorced her and remarried respectably. Also, Prince Charles in the United Kingdom divorced Diana. So, it happens and it’s not criminal. Why should my son’s father be forcing him to stay in a marriage, when no woman can force herself on him (Obasanjo). Maybe he feels it would be disparaging to his status, but it’s not criminal. The two families should allow a peaceful divorce and separation so my son could stop hiding. There is nothing shameful in it. It’s baffling to me that my son’s wife and her mother joined forces together on this. I’ve alerted the Ministry of Justice and they have replied me, saying the police should handle it. You see, his case reminds me of the girl that is still in the custody of Boko Haram. You know how I feel about my son that wasn’t abducted but went voluntarily, not to talk of a child that was kidnapped.

Does it mean he would not come back until he’s allowed to divorce his wife?

That is why I’m saying the whole world should help me appeal to Chief Obasanjo. I don’t know where my son is. I’m just using this medium to call on people, especially fathers and mothers, to help me appeal to Chief Obasanjo not to allow this girl to retain a siege around my son on account of marriage. He has said he doesn’t want to continue with the marriage and that should be respected. They should allow the two of them to go their separate ways. What is Chief Obasanjo’s interest for him to insist that they should not divorce?

Have you spoken to Chief Obasanjo between then and now?

I haven’t. I’m talking because I’m a mother and because the issue is no more a family matter.

What about the wife’s father; have you met him on the issue?

I have, but I don’t want to drag him into this because he’s a good man. Daddy Obj is the one causing problem in my son’s marriage, by insisting that they should remain married. My son should be allowed and supported to peacefully divorce himself from Tope Adebutu without being subjected to various forms of affliction, humiliation, fear, trauma and threat by his biological father and other concerned persons.