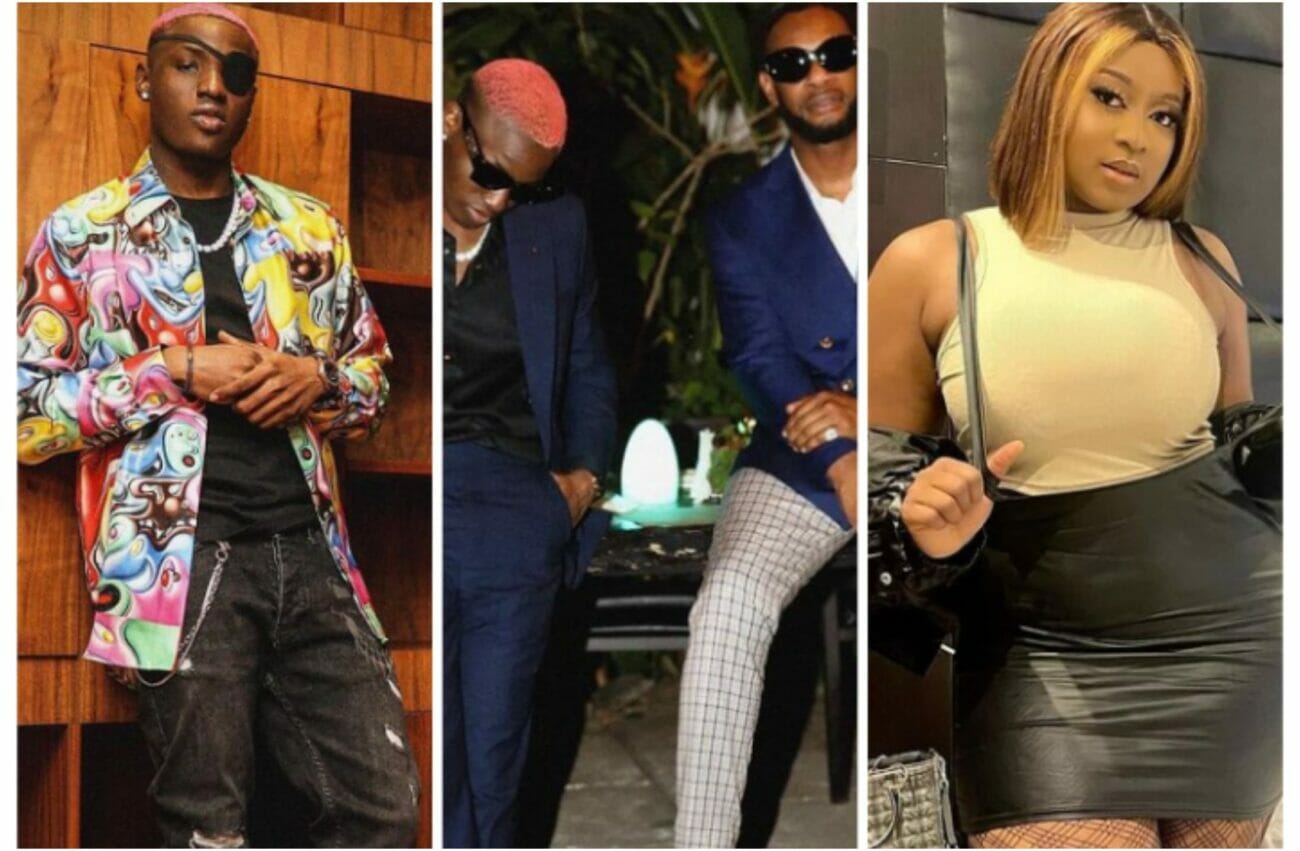 Fast rising Nigerian singer, Ruger has slammed DJ Dimple Nipple for falsely accusing his boss, D’Prince of treating her like a sex object.

In a series of posts on her Instagram story, DJ Dipple Nipple claimed that the singer had invited her to an hotel to discuss business but she had turned down the physical invite and demanded for a three way call.

Dj Dipple revealed that she was surprised when the singer didn’t respond to her after she turned down the request, and was shocked when he blocked her on the photo sharing app.

Calling him out, she rebuked him for seeing her as a sexual object who he can take advantage of before helping.

She questioned how upcoming entertainers are expected to grow, if they all demand sexual intercourse from the female newbies.

She further questioned how much he had to offer her that would make her lose her dignity.

DJ DimpleNiple went in to share screenshots of their chats and proof that he blocked her.

“So that’s how one celeb blocked me on IG because he asked me to come meet him at the George Ikoyi for a meeting and I said I can’t come meet him there for a meeting and a three way call would be better and Oga blocked me on IG. These Nigerian celebs be seeing their lil ass as small gods orisirisi. Abeg tell me how do you expect people to grow when you must get in their pants before you can help them, I hate social media drama so much that it’s getting too much at this point. You messaged me on IG by yourself that you wanted promotions for your artist and I was kind enough to reply you and you asked for my WhatsApp number only for you to start asking me to come to the George hotel for a meeting. Mr how much do you even think you have? Like who tf are you? I pity a lot of young girls trying to grow in this industry”.

Ruger, who is signed to D’Prince’s management label, Jonzing World Record, stood up for his boss by slamming the DJ.

He vowed to use legal action on her as he called her several unprintable names.

He stated that DJ Dimple Nipple must have done several hook up for her to insinuate that D’Prince wanted sex from her.

Taking to his Instagram story, he wrote, “@djdimplenipple you are the true meaning of a butch and a low life and we go use legal actions deflate that ur rotten yansh hediat. You don too do hook up sotey Dem call you for serious meeting you still think say na hook up”.

D'Prince DJ Dimple Nipple false accusation Fight Ruger scandal sex for role
Share. Facebook Twitter Pinterest LinkedIn Tumblr WhatsApp Email
Previous ArticlePortable sacks his entire team for being ungrateful, after bagging N50million deal with Obi Cubana
Next Article ‘I did the much I could, sadly you gave up’ Actor Yul Edochie in deep sorrow over the death of Gospel singer Chinedu Nwadike