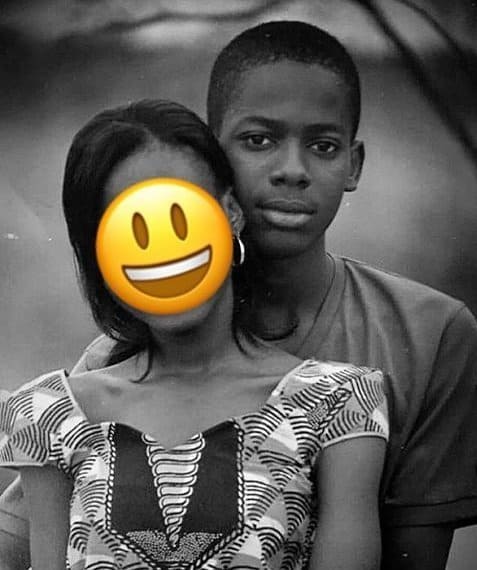 A childhood picture shared by Adekunle Gold has drawn a reaction from Simi whom he is rumored to be in a relationship with. In the picture, the Oriente crooner can be seen holding a lady whose face he covered with an emoji to conceal her identity.

Adekunle Gold shared the picture to prove he’s always been in love with females right from childhood.

See reactions from Simi, Falz and others below.

In a recent interview, Adekunle Gold was asked about the nature of his relationship with Simi and instead of giving a yes-no answer, he referenced his past revelation about composing his hit song Orente for Simi, as if to say “I have hinted that we’re dating and we don’t need to make an official statement about it.” His response came off as a question on why it is taking so long for people to read the signs.