Run from a man who will borrow to marry you, uses filter – Sonia Ogiri tells women the type of man to look out for 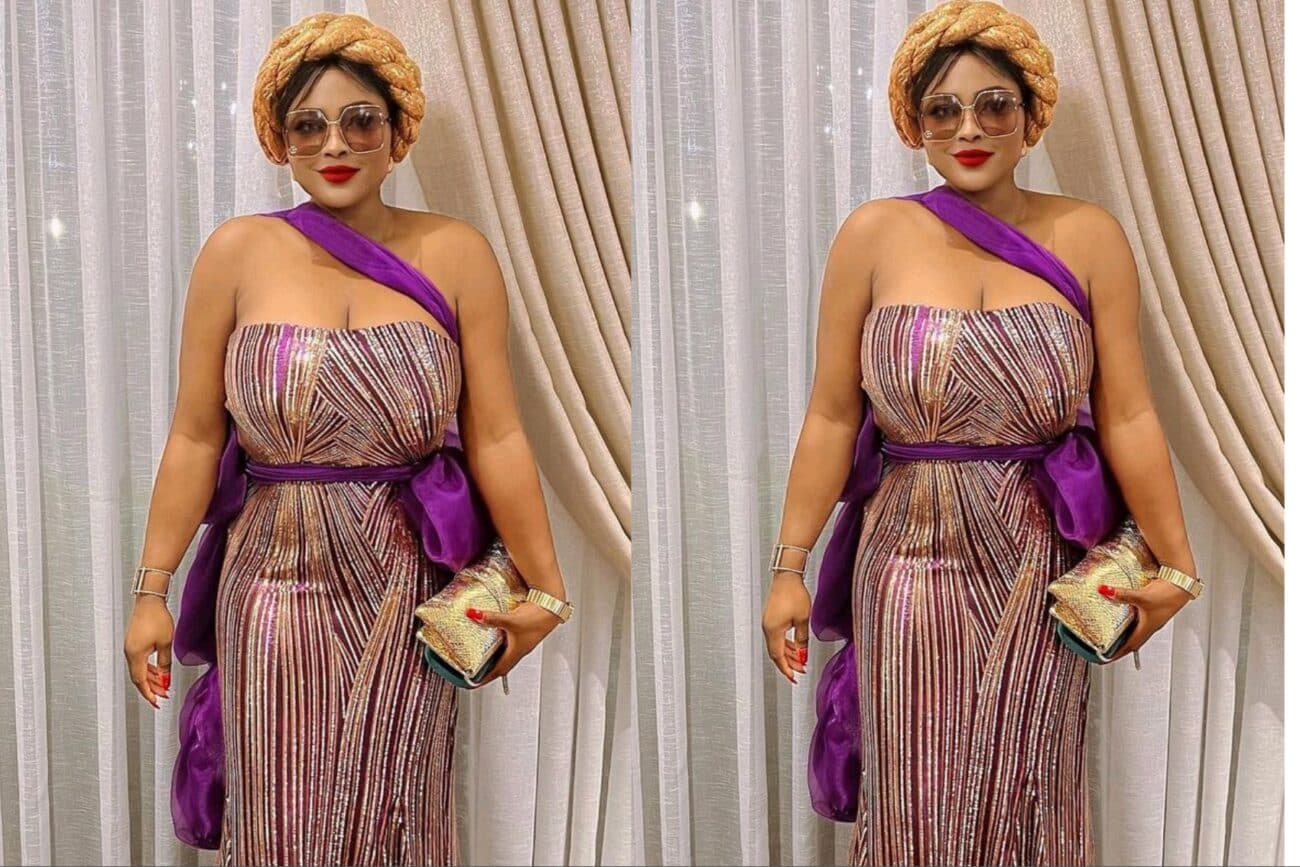 Nollywood actress, Sonia Ogiri has shared a piece of powerful relationship advice with women who are looking for a good husband.

Taking to her Instagram page, Sonia listed out the things women need to put into consideration before saying ‘I do’ to any man.

According to the philanthropist, women must run from guys who borrow money to get married. She also noted that guys who use filters and stay on social media are red flags because that slide into DMs of ladies with figure 8 shapes.

Taking her advice to the financial level, she said women should desist from borrowing men money.

Some of the Things You Should look out for when picking your husband these days.

Ladies run from a man that will borrow just to marry you. Run from guys that use filters, show off and stay on social media 247, they see all the self gifted figure 8 and most likely slide into different dms (if you check their dms, you will cry)

Run from a guy that’s interested in you posting him on social media (he knows exactly what his doing) post or show off your man as you like when his married to you.

Run from borrowing him money. Don’t start what you can’t finish (if you have and he needs help at a point, assist not borrow.

Run from a guy that doesn’t care or ask where you get money his not giving you from (he doesn’t have your interest).

Run from a guy that doesn’t have his own paid apartment and no earnings.

The actress is now recognized in Hollywood as she has her own customized star on the Hollywood Walk of Fame.

Sonia Ogiri joins the list of top celebrities in the world to have their name featured on the walk of fame.

An highly elated Sonia shared a deep message to announce her good news.

Sonia noted how life is turn by turn and doesn’t need rush, as you can always meet up with others.

Sharing photos on her Instagram page, she captioned it with,

“No rush. A day at a time. Life na turn by turn, let them go, you go meet them later and your later be the latest”.

The Hollywood Walk of Fame comprises more than 2,500 permanent five-pointed terrazzo and brass stars embedded in the sidewalks along 15 blocks of Hollywood Boulevard and three blocks of Vine Street in Hollywood, California.

There are over 2500 stars on the sidewalk. The name of famous entertainers and famous fictional characters are written on the stars.

The stars are public monuments for achievement in the entertainment industry, bearing the names of a mix of actors, musicians, directors, producers, musical and theatrical groups, fictional characters, and others.