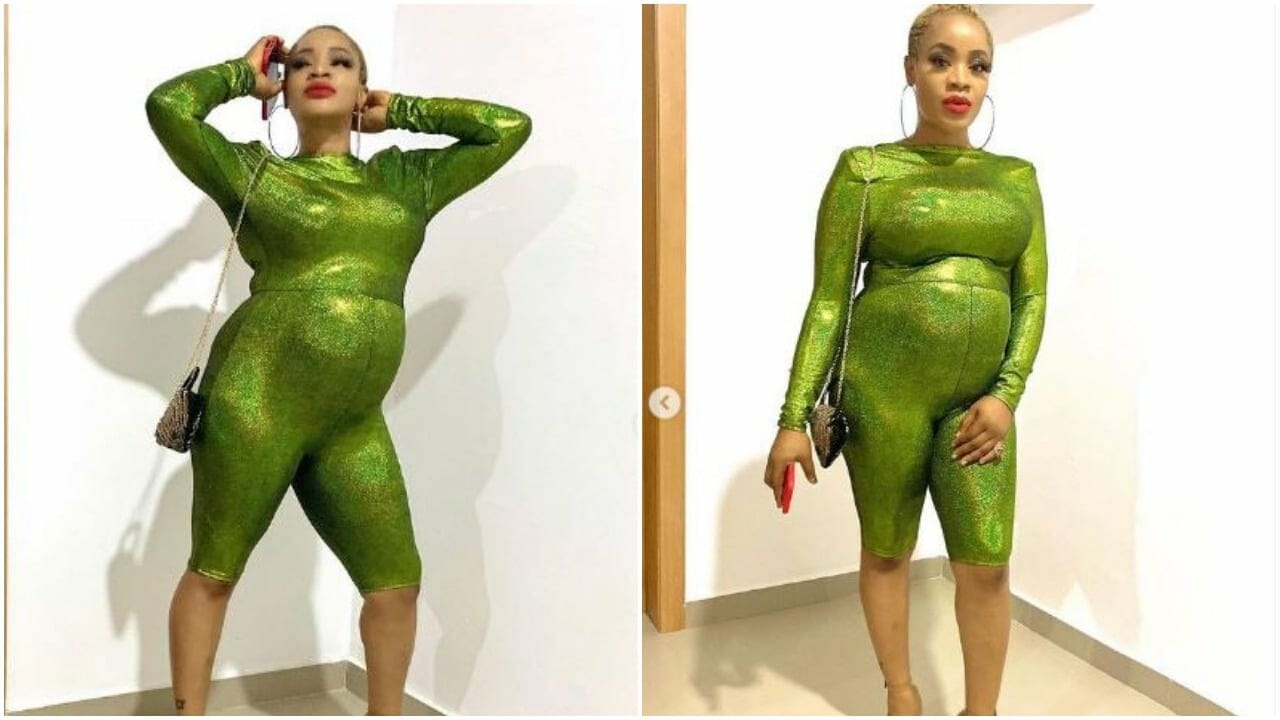 Nollywood actress Uche Ogbodo has taken to social media to flaunt her baby bump as she steps out for the weekend outing.

In a post shared on her Instagram page, the actress is seen rocking a lovely green jumpsuit as she vows to paint the town.

Uche Ogbodo wrote: With my Bunny 😝 we painting the town.

Reacting to the photos, some fans and her colleagues such as Rosy Meurer, Nkechi Blessing, and many others stormed the comment section gushing over the actress with beautiful emojis.

nkechiblessingsunday wrote: I love how you rock it😍😍😍

chachaekefaani wrote: Too hot!!! My Eyes 🔥😍😍

According to the actress, who had her first baby at age 27, she doesn’t regret having her first child or the one she’s pregnant with. 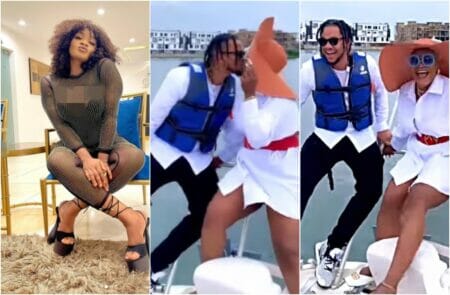 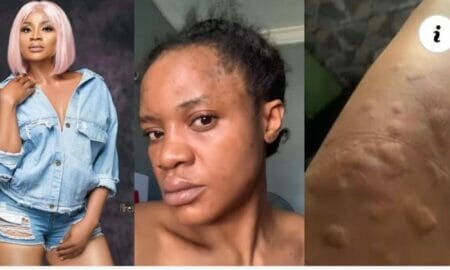 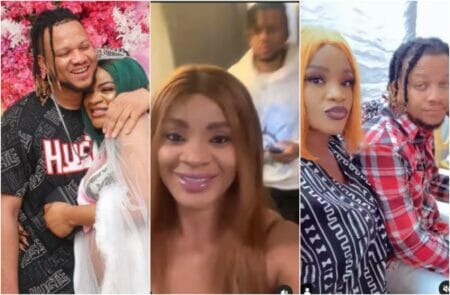 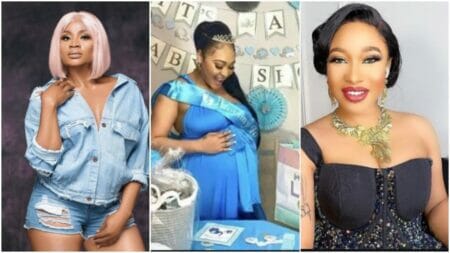 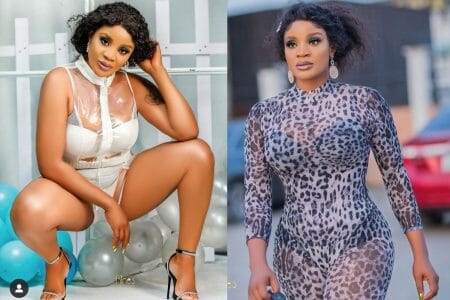 Actress, Uche Ogbodo cries out over frustration and difficulty in being a celebrity in Nigeria