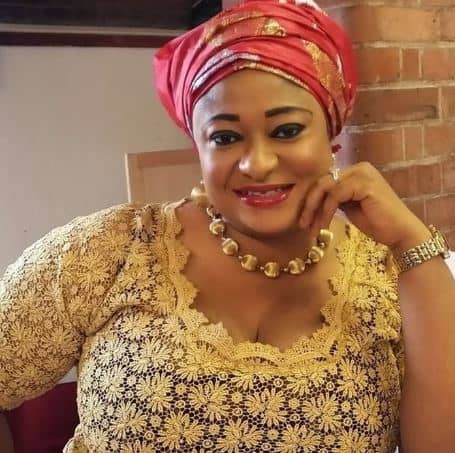 Nollywood actress, Ronke Oshodi Oke has reacted to the news of the stabbing of NURTW boss, Musiliu Akinsanya, aka MC Oluomo.

MC Oluomo was among several other people stabbed during a rally to flag off the campaign of the All Progressives Congress Yesterday in Lagos.

The rally which held at the Sky Power Ground, Oba Akinjobi Road, Ikeja, was met with violence as rival factions of NURTW clashed openly. The violence led to the stabbing of MC Oluomo who bled profusely and was rushed to a nearby hospital where he is recuperating.

Reacting to the news of the incident, Ronke Oshodi Oke shared a picture of the NURTW boss wearing an APC attire with the caption: ”LONGLIVE MUSILU AYIDE OMO AKINSANYA @mcoluomo OKU TI. 2019 MY GOD GRACE.”